Detroiters Are Divided Over Trump's Commutation Of Ex-Mayor's Sentence

Former Detroit Mayor Kwame Kilpatrick served seven years in prison for corruption. With 20 years left on his sentence, he received a commutation from President Trump.

In his final hours in office as president, Donald Trump commuted the sentence of Kwame Kilpatrick. Detroit's former mayor was doing a 28-year bid in federal prison for corruption. Kilpatrick, according to the AP, was released yesterday. Here's Eli Newman from WDET.

ELI NEWMAN, BYLINE: When Kwame Kilpatrick first announced his candidacy, he promoted himself as the next generation of leaders for the city. In 2001, he was elected as Detroit's youngest mayor. The former Michigan state lawmaker's profile was on the rise. During the 2004 Democratic National Convention, Kilpatrick told the crowd that the party needed to be clear about what it stood for.

KWAME KILPATRICK: I represent all Detroiters - Black, white, Arab, Chaldean, Hispanic, Asians, all Americans. I was elected mayor at age 31 years old because I dared mighty things for the citizens of my city.

NEWMAN: But Kilpatrick's tenure was marred by controversy. By the end of his first term, the city was facing major budget deficits, putting Detroit on a path to bankruptcy. Even so, Kilpatrick won reelection. But on the heels of a text message sex scandal and perjury charges, he resigned in the middle of his second term. Multiple criminal investigations culminated with a 2013 conviction on federal corruption charges. He was sentenced to 28 years. Outstanding was an $11 million debt related to judgements, restitution and unpaid taxes. The White House credits Michigan State Representative Karen Whitsett for pushing for Kilpatrick's release. She thinks the sentence was extreme and personally appealed for clemency.

NEWMAN: Other city leaders are praising the decision. Last May, when there were false rumors of Kilpatrick's release, current Mayor Mike Duggan told reporters that his connection to Kilpatrick is personal.

MIKE DUGGAN: He is one of the most extraordinarily talented people I've ever met. I think he has a lot to contribute, will be doing everything I can to help him get a fresh start.

NEWMAN: Amire John says she hopes Kilpatrick will be reunited with his family.

AMIRE JOHN: Hey, if they want to free a Black mayor, free him. I say come on home. Give to your kids. His kids were kids like me when he went in.

NEWMAN: Dennis Moore was also a kid when Kilpatrick was mayor. He says he's not so sure that commuting his sentence was the right thing to do.

NEWMAN: Moore hopes that Kwame Kilpatrick reflects on what put him behind bars for the last seven years. In any case, the former mayor has time to earn the public's trust. In the unlikely event he wants to hold state or local office in Michigan again, he'll have to wait until 2033. 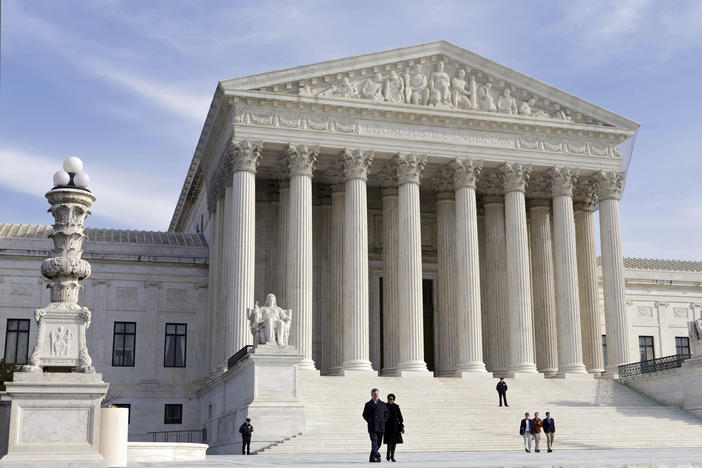 In 2013, the court gutted a key provision of the law, citing that Section 2 of the act still bars discrimination in voting nationwide. Now, Section 2 is in the conservative court's crosshairs.

The Supreme Court has declined former President Donald Trump's request to further delay the enforcement of a subpoena from the Manhattan district attorney for Trump's financial records. 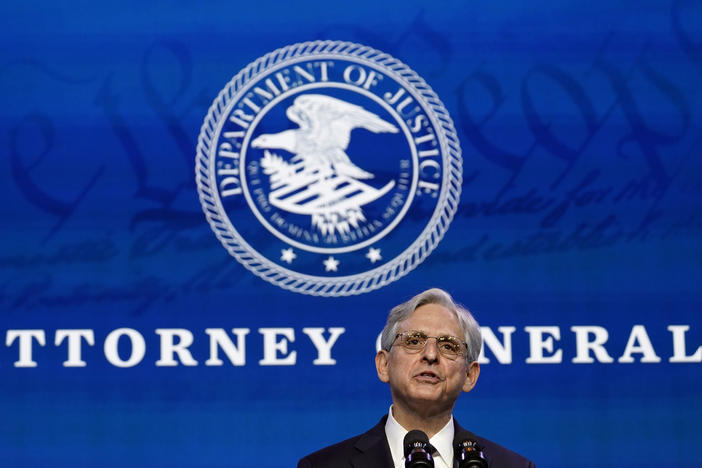