Jazmine Sullivan On 'Heaux Tales,' Dirty Laundry And The Value Of Taking Breaks

The artist speaks with Michel Martin about her acclaimed, ambitious new album and why she wanted to bring the conversations women have amongst themselves to light.

And finally today, there's a lot in the world that seems crazy right now, but wonderfully for us, artists keep making art, describing things, helping us make sense of things, each in their own way, which is one reason we're glad to tell you about new music from Jazmine Sullivan.

(SOUNDBITE OF SONG, "PICK UP YOUR FEELINGS")

MARTIN: That's "Pick Up Your Feelings" from her latest album, "Heaux Tales" - more on that in a minute. You may be familiar with the Grammy-nominated singer from her previous hits, such as "Bust Your Windows" and "Need U Bad." She is back after taking some time out of the spotlight. And when we caught up with her, she told us about the inspiration for the album and its title.

SULLIVAN: I just want to tell the untold stories of women. I feel like, as women, society makes it seem like we have to be perfect and present ourselves a certain way. And we're so very layered and multidimensional. And we have stories to tell, and they're all not great stories. But that's what makes us who we are. And to be honest, I had a moment after a really bad breakup that had gotten physical - and I've talked about it since it happened, but it was around the time "Love Me Back," my second album, came out.

And I had moved on from the situation, and I had thought I healed from the trauma of it all. And as life went on, I realized that I didn't. And I was still kind of acting out a lot of the hurt and pain that I had experienced. And after that time, I felt a little ashamed about the things that I did and I allowed myself to do. But I had to extend myself some grace because I was really beating myself up about it.

And I was just, like - at a certain point, I was just, like, Jazmine, you know what? You went through hell, and, you know, you dealt with it the way that you could at the time. And it's OK. You learned from your lessons, and you've moved on, and you are in a better place. And I feel like that's everybody's stories. And I wanted to allow women to feel like it's OK to go through the normal things that we go through. As long as you learn from those things, you're still good, sis. Like, you're still a good...

SULLIVAN: You're still a good woman.

MARTIN: Well, first, I do want to say I'm sorry that happened to you.

MARTIN: But I appreciate that you came out through the other side and can talk about it in a way that helps other people make sense of those experiences, which leads me to want to play "Girl Like Me." Let's just play it, and then we'll talk a bit more about it.

SULLIVAN: (Singing) Knew it was real when you blocked me. Now I sit at home judging my body, wondering what I did to lose you, why in the hell you ain't (ph) choose me, why you don't love me no more. I don't even know what for. You must have wanted something different, still don't know what I was missing. What you asked, I would have...

MARTIN: I do want to mention that the song features another R&B star, H.E.R., who's also, you know, just doing, you know, great things, as you are. The two of you sound great together.

JAZMINE SULLIVAN FEAT HER: (Singing) You leave me with no choice. I can't do this good girl, good girl no more.

MARTIN: What goes into the collaboration process with you? And was it harder because of COVID?

SULLIVAN: Well, we definitely couldn't be in a studio together. And I was actually nervous to ask because, you know, I hear that people - they have been influenced by me or that they like my music or even love my music. But I just - I never know how people are going to feel and what people will think about actually working with me.

So I was scared to ask, but I went on and asked anyway. And I was so shocked that she responded so quickly and was so down and loved the music. And it just warmed my heart because, like I said, she's amazing. She's just such an amazing musician. And she, like, just fit right the with the song.

MARTIN: It's fascinating because R&B has very often been focused on - but a lot of music. Let's just be honest. I mean, music is either, like, sacred or secular, right? It's either worshipping God, or it's about relationships and sex. I mean, that's just - so much of music is about those things.

But it's - I've always been fascinated by what women in music, when they have something to say, how they get to a place of being able to say what they want to say because so much of the industry still is controlled by men. I mean, let's just be honest about it. It is. And so there's so much - on the one hand, there's a lot of validation for women being very sexual. On the other hand, as you notice, there's a lot of judgment for women being very sexual. And I think women are just starting to talk about that in music.

SULLIVAN: In my music, I never self-censor. In life, yes. I mean, you know, you just feel like you're not able to fully be yourself because society has kind of dictated how they want to imagine a woman. But in my music, no. I've kind of always said how I felt no matter what that was. And particularly on this project, I was influenced by a few women today that I felt like were busting through those barriers and helping me to feel more confident in who I am.

I talked about Cardi B and just my first time seeing her online and just, like, seeing her conversation. And the things that she says were so funny to me, and it was just completely who she was. She just kind of laid it all out there, and I love that. And also Lizzo, who represented for, you know, us big, beautiful Black women.

And I was so proud of her for being herself and loving herself in that way and telling the world - because even if you do love yourself, and you know you don't fit the stereotype, I feel like maybe some people may even try to hide it because they don't feel like everybody else will get with it. But she just kind of put it out there. And it inspired me to get on that track and want to continue to help women to bust the barriers down, really.

MARTIN: Talk about taking breaks, too. I'm interested in what role taking these breaks has played, you know, in your life - because, you know, artists, a lot of times, it's - you know, it's feast or famine for artists. On the other hand, the lifestyle is harder than I think a lot of people know that it is. And I just wonder, do these breaks that you have taken - have they helped you? Were they by choice? What role do you think they've played in your art?

SULLIVAN: For me, my breaks - I never intended for them to be as long as they were. Like, I literally thought maybe I took, like, at the most a year. I didn't even think that. I was, just, like, I just need a little break. I'm just going to, you know, chill. And then life kind of gets in the way. You start going through life. And before I know it, it's two, three years. And then before I know it, it's even longer than that.

But they have helped me because the more that I'm living my life and my regular life, the more I'm able to write these songs and these experiences that I don't know if I would be able to write if I was, like, constantly moving and constantly doing things. And so they've helped. But I know that I wouldn't take as long now because of the things that I went through in my personal life with my mom getting cancer a year ago.

SULLIVAN: And even with COVID, you know, time for me is a little more precious now that I have gone through those things. And I just don't know what tomorrow brings, and I just wouldn't want to lose so much of my time.

MARTIN: Well, again, I'm sorry for that, too. I'm sorry for your mom and what you've gone through. But it does sound like it's been a fertile and rich period for you. It sounds like it's really fed you in a way, even though it's not something you would have chosen.

SULLIVAN: I mean, definitely. We have learned so much and grown so much in this time. We've grown closer to God. And he's definitely the reason that we're here in the state that we're in. She actually just finished her last round of chemo, so at the end of the month, we're looking to ring the bell and move forward from this.

But we've gotten so much closer, obviously, since something like this happens where you just truly appreciate - like, you appreciate the people in your life. And I appreciate my mother and everything that she's done for me and sacrificed for me, for me to even be here. You know, I learned very much to appreciate it even more.

(SOUNDBITE OF SONG, "THE OTHER SIDE")

MARTIN: That was singer Jazmine Sullivan talking about her latest album, "Heaux Tales" - and that's spelled H-E-A-U-X tales. This is her Tiny Desk rendition of "The Other Side," which is from that album. You can catch Jazmine Sullivan's NPR Tiny Desk. Just head over to the NPR Music YouTube page.

(SOUNDBITE OF SONG, "THE OTHER SIDE") 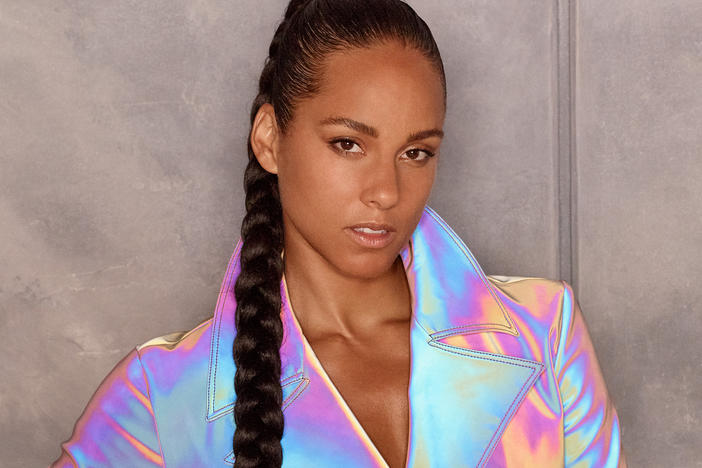 Alicia Keys Wants You To Know You're Doing Great

Keys speaks with Audie Cornish about delivering her seventh album, Alicia, during the pandemic, and the strange new resonance of songs written before anyone knew what this year would be like. 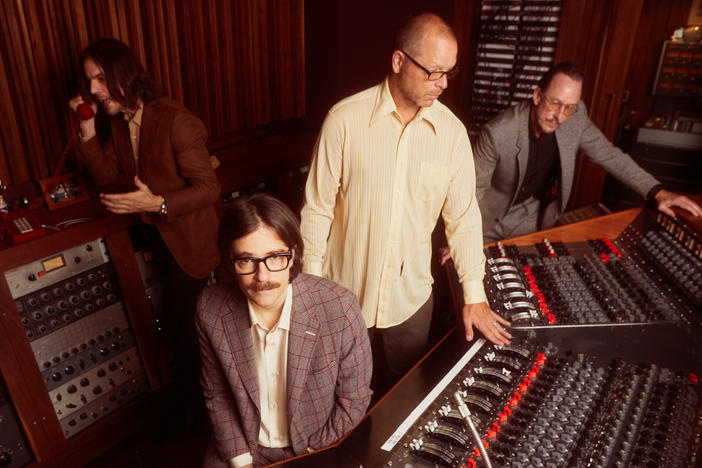 Rivers Cuomo On Weezer's Latest, 'OK Human,' And The Need To Riff (Or Not)

Cuomo says Weezer is always looking to try the opposite of whatever it just did. Case in point: the band's new orchestral record, made back to back with a metal album. 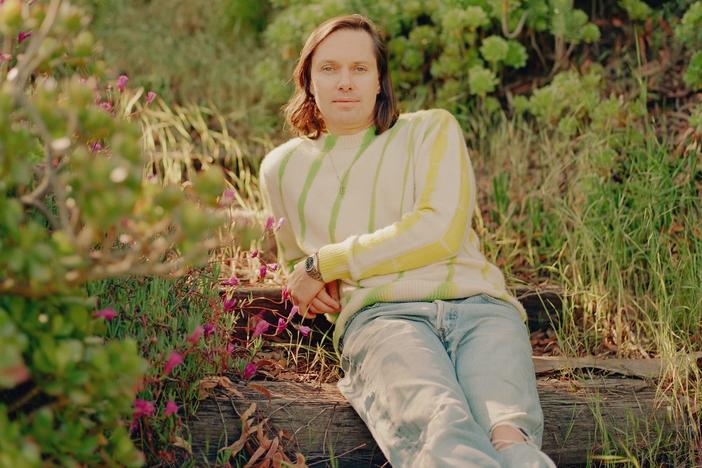 Even In Isolation, Rhye Makes Music For Us To Come Together

Mike Milosh, the voice of the R&B collective, says creativity permeates every hour of his life — so he tried to make a sacred space for it while recording his new album, Home.