NPR has learned of a major change to President Trump's plan to alter the 2020 census results. The bureau is no longer working on a count of unauthorized immigrants in the U.S. The president had previously said he wanted that count to try to change representation in Congress and the Electoral College for the next decade. NPR's Hansi Lo Wang broke this story and joins us now from New York.

CHANG: So I understand that you confirmed this news with one of your sources today. What exactly did the source tell you?

WANG: I learned that on Tuesday night, senior career officials at the Census Bureau instructed a team of civil servants working on Trump's project to stop their work immediately. This is according to a bureau employee who does not want to be named for fear of retaliation at work. And this means the bureau has effectively ended its participation in Trump's presidential memo about making an unprecedented change to who is counted in census numbers that determine each state's share of congressional seats, Electoral College votes, by excluding unauthorized immigrants, even though, according to the 14th Amendment, those census numbers must include the, quote, "whole number of persons in each state."

CHANG: So do you think this is really the end of the Trump administration's push to change these census numbers?

WANG: I don't know, Ailsa. I'm still watching to see what happens up until the inauguration of President-elect Joe Biden, who has...

WANG: ...Condemned Trump's plan. And, you know, Trump has already run into major scheduling trouble. The Census Bureau's pushed back the projected release date for the census numbers Trump wants to alter to early March. And meantime, the Census Bureau is trying to put together new state population counts from last year's census.

CHANG: What's behind these delays in getting these numbers out?

WANG: Well, the Census Bureau's discovered irregularities in the census records that they need to fix first. And career officials say these are routine irregularities. After the census finishes gathering information from around the country, it usually takes months to run quality checks to make sure no one is counted more than once or in the wrong place. And the pandemic has delayed the start of those quality checks.

What's odd is that we've also learned that Census Bureau Director Steven Dillingham, a Trump appointee, put out a directive to make a data report about noncitizens a No. 1 priority at the bureau. The director has since put out a statement - a letter to the Commerce Department inspector general saying that's no longer the case and has told employees to stand down.

But that has caused a lot of concern from leading advocates of the census, including those at the Leadership Conference on Civil and Human Rights who are calling for Dillingham to resign. They're concerned that Dillingham tried to divert bureau's resources for what they see as a partisan agenda to get data about noncitizens. And whistleblowers at the bureau are concerned that they don't have enough time to produce a report like that. And information, if it were put out, could have been misused.

CHANG: Well, what do we know about how Trump officials could use this data report about noncitizens?

WANG: Not much. At this point, the director in his statement said that this data report would have helped him form this ongoing project to produce a count of noncitizens that President Trump ordered from an earlier executive order. But again, it's important to keep in mind here that a senior bureau official warned that any data that could be rushed out now would be statistically indefensible.

(SOUNDBITE OF MELLOTRON VARIATIONS' "143 I LOVE YOU") Transcript provided by NPR, Copyright NPR. 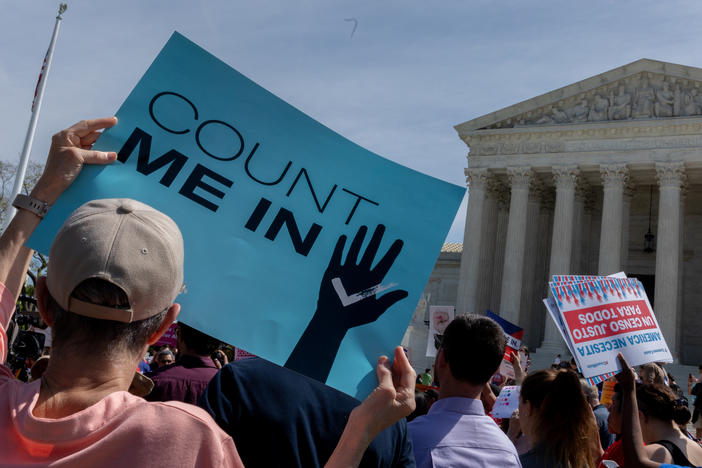 The Trump administration asked, and the Supreme Court allowed, for a suspension to a lower court order that extends the census schedule. The move sharpens the threat of an incomplete count. 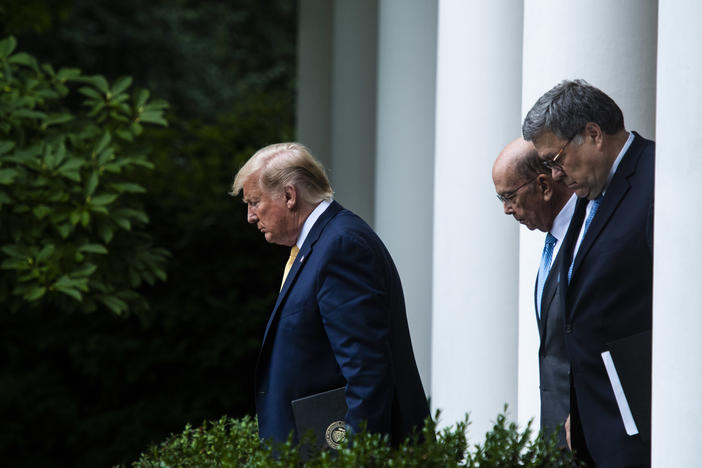 The Constitution says that count must include every person living in the U.S. A three-judge court in New York has ruled to block the Trump administration's attempt to exclude unauthorized immigrants. 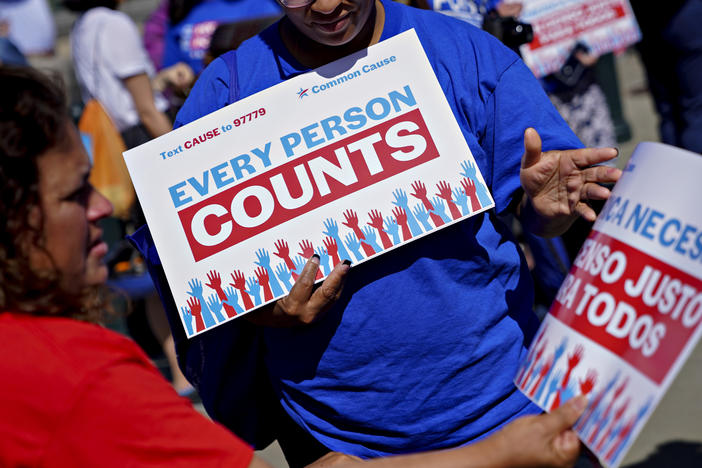 The Census Bureau has fallen further behind schedule in running quality checks on the 2020 census after uncovering more irregularities in the records, jeopardizing Trump's bid to alter a key count.