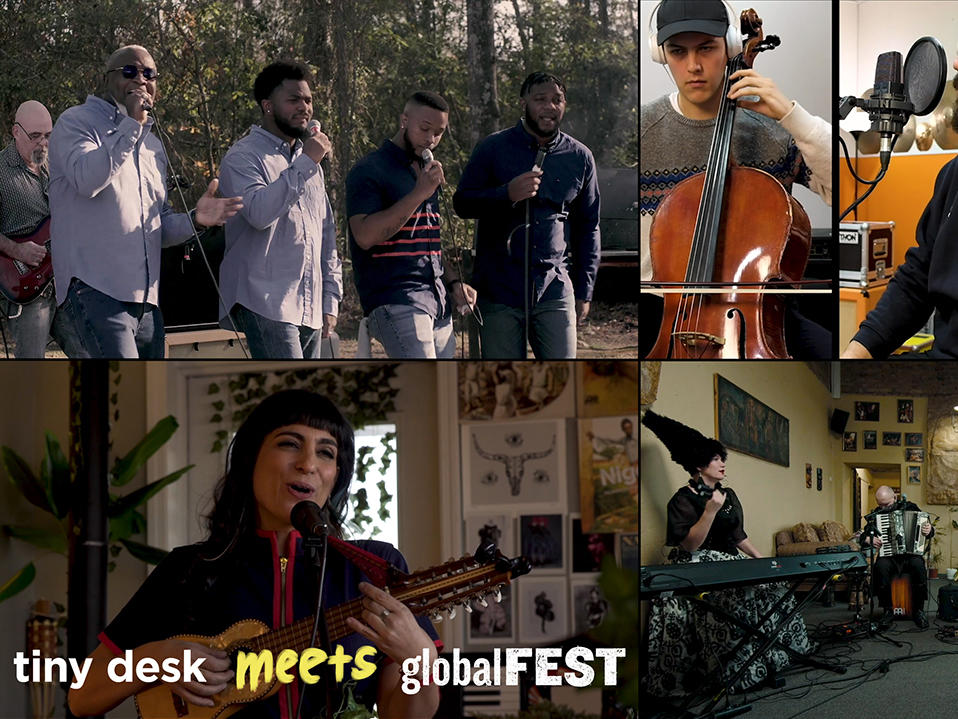 The Tiny Desk is teaming up with globalFEST this year for a thrilling virtual music festival: Tiny Desk Meets globalFEST. The online fest includes four nights of concerts featuring 16 bands from all over the world. From Monday, Jan. 11, through Thursday, Jan. 14, we'll be streaming new performances at 8 p.m. ET on NPR Music's YouTube channel and NPR.org.

Every January, I attend globalFEST at a New York City nightclub and see some of the most fantastic music I'll experience all year. Now, given the pandemic's challenges and the hardening of international borders, NPR Music and globalFEST is moving from the nightclub to your screen of choice and sharing this festival with the world. Each night, we'll present four artists in intimate settings (often behind desks donning globes), and it's all hosted by African superstar Angélique Kidjo, who performed at the inaugural edition of globalFEST in 2004.

For our opening night, we have the gospel sounds of the Dedicated Men of Zion, the flamenco and Gypsy jazz-influenced North African sounds of Labess, the award-winning vocalist and songwriter Sofia Rei, who blends Argentine and other South American folk traditions with experimental pop and electronic music, and Tiny Desk alum DakhaBrakha, a Ukranian rock band overflowing with joy and energy. Below you'll find short descriptions about each act, written by the globalFEST team.

Dedicated Men of Zion come to you from their backyard barbecue in North Carolina, bringing with them an electrified version of sacred Gospel soul music. This family band (all related through blood or marriage) has been isolating together during the pandemic, and the members are excited to provide an uplifting note during difficult times.

This Algerian and Canadian band proves that music has no boundaries even in times of isolation. Recording its set from France and Colombia, Labess blends flamenco and Gypsy jazz-influenced North African chaabi into energetic soul music with a nonstop beat. Singing in Arabic, French and Spanish, lead vocalist Nedjim Bouizzoul mixes realism and hope, gentleness and fury, in stories about exile that illustrate the joys and the distress that pave the road from the native countries to new homes and back again. Through his poetry, he proposes we reflect on cultural diversity and the necessity to unite, no matter our differences.

Recording from her apartment in Brooklyn, award-winning Argentine vocalist and songwriter Sofia Rei provides a concert that blends South American folk traditions with experimental pop and electronic music. That mix of tradition and modernity extends to her surroundings, which features traditional iconography, robotic 'saints,' exuberant plants and looping pedals.

Tonight marks DakhaBrakha's return to globalFEST and Tiny Desk. The Ukranian band's first globalFEST performance was in 2014, and their 2015 Tiny Desk concert remains a favorite. We've had them in our spaces, so it's a real treat to see them in theirs, the Dakh Theater in Kiev. Coming together, their performance maintains the energy and joy that define their music, bouncing off each other musically and emotionally. DakhaBrakha aims to keep Ukraine's musical and storytelling tradition alive by making it more accessible to a younger, international audience, a kind of self-proclaimed "ethno-chaos." They craft stunning sonic worlds for traditional songs, reinventing their heritage with a keen ear for contemporary resonances.

globalFEST 2021 funders include The Andrew W. Mellon Foundation, The National Endowment for the Arts, NYC Department of Cultural Affairs, The Québec Government Office in New York 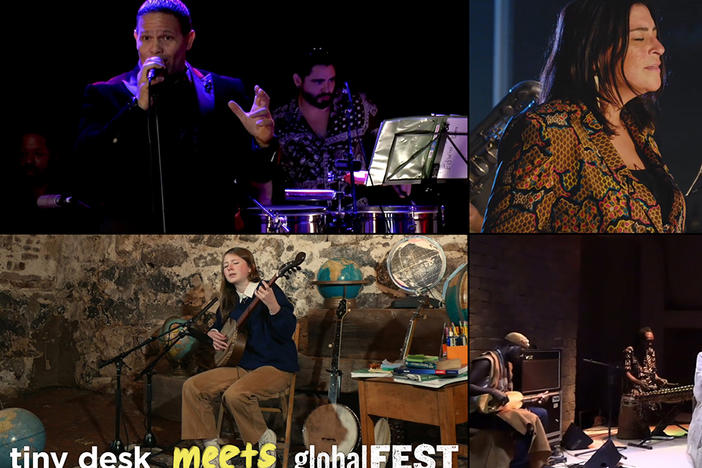 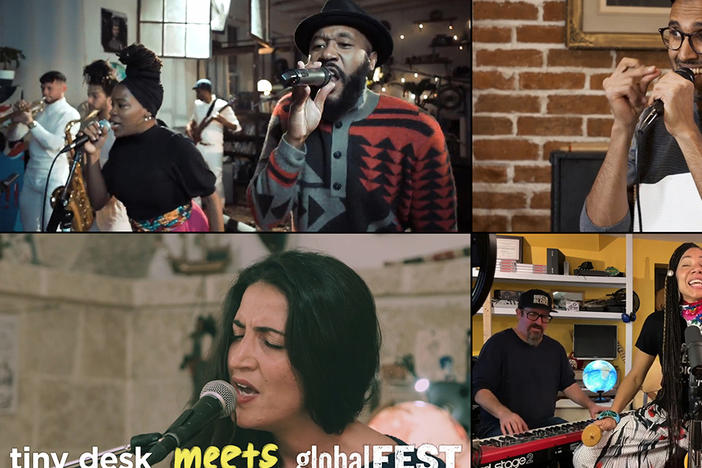 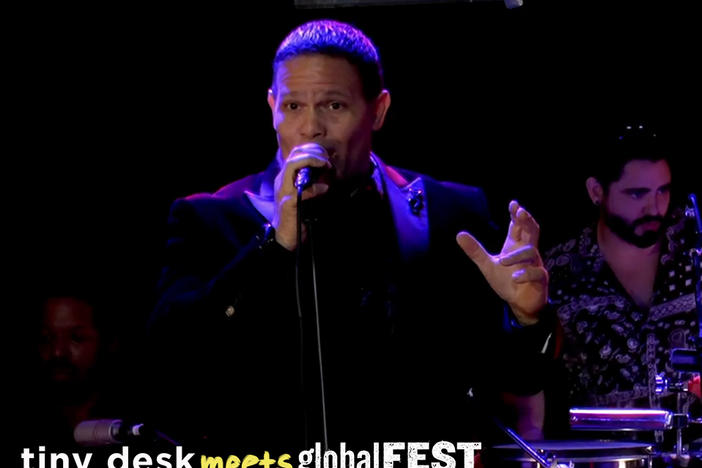