NPR's Ari Shapiro speaks with Tracy Gordon, a senior fellow with the Urban-Brookings Tax Policy Center, about how the pandemic continues to affect local government funding.

While members of Congress were fighting over the relief bill, mayors and governors from across the U.S. were lobbying hard. Their message - if lawmakers don't include money for state and local governments, it's going to mean deep cuts to services that people count on. Well, the bill that President Trump signed into law this week does not include most of the cash that cities and states were hoping for. Here was New York Governor Andrew Cuomo, a Democrat, at a press conference a couple of weeks ago.

ANDREW CUOMO: We have been talking about this for months, since before the election. And then after the election, people were supposed to put their politics aside and actually do their job. Apparently, that hasn't happened.

SHAPIRO: To talk about what this means for states and cities, Tracy Gordon is with us. She is a senior fellow at the Urban-Brookings Tax Policy Center.

Thanks for joining us.

SHAPIRO: Cities and states have seen a huge drop in tax revenues during this pandemic. Can you just tell us how dire the budgets look right now?

GORDON: You know, I think states and local governments are facing a revenue picture that's improved, but governors are still instructing their state budget officers to put together budgets with cuts of anywhere up to 20%. Cities, especially those that have lost out on travel and tourism, are facing major budget challenges. There are some troubling signs in terms of personal income, personal consumption, dipping, that have, you know, local leaders really bracing for an economy that's going to be moving sideways for a while.

SHAPIRO: Now, the federal government runs big deficits all the time. But nearly every state is prohibited from doing that, so what kinds of cuts are we looking at if Congress does not eventually come through with help?

GORDON: Well, you know, if you're trying to cut spending and a large share of your spending is on services that are provided by people, then it's going to be a reduction of services or a reduction in the number of people who are staffed to the functions of government.

GORDON: Right. And, you know, it's an open question whether they can do more with less. I think, you know, there have been stories about some ways in which, you know, providing services remotely actually can save money. But also, you know, there are a lot more stories about how moving to distanced learning or remote education is costing money. And the federal government has supported some of those transitions so far, but it's an open question as to, you know, how much longer state and local governments are going to have to muddle through and how much more assistance the federal government is going to provide.

SHAPIRO: It seems like some of these programs that are likely to be cut are the exact things that are most crucial right now, whether we're talking about housing or hunger or education.

GORDON: Right, as always happens in recessions and especially in this recession, which has really disproportionately affected people at the bottom. So that means that, you know, in some places revenues are not falling, but people at the bottom are losing their jobs, are relying more on public programs. And, you know, whatever happens with, you know, the federal government, state and local governments are on the front lines of providing safety net programs. And they will be left holding the bag if there are more people who need those programs.

SHAPIRO: The U.S. economy might bounce back as people get vaccinated in large numbers in the year ahead. Do you think the consequences of these cuts are likely to be more long-lasting?

GORDON: It really depends, you know, where the cuts occur. State and local governments spend about 60% of their budgets on education, health care, social services. So if they have to make large-scale cuts, those areas will be affected. But like you say, everything depends on the path of the virus and on the recovery and if people get vaccinated and people, more importantly, feel safe coming out and working and transacting in the marketplace - then that will help revenues come back. But it is important to note, too, that there are inherent lags in the budgeting process. For example, states usually collect income taxes in April based on income that was earned in the previous calendar year. So there could be some delayed pain, even as the economy starts to recover.

Thanks for talking with us.

GORDON: Great to be here. Thanks. Transcript provided by NPR, Copyright NPR.

How The Pandemic Recession Has Affected The Hospitality Industry

NPR's Ari Shapiro talks with hotel owner Bhavesh Patel to understand the effects the pandemic recession has had on the hospitality industry, for the new series American Indicators. 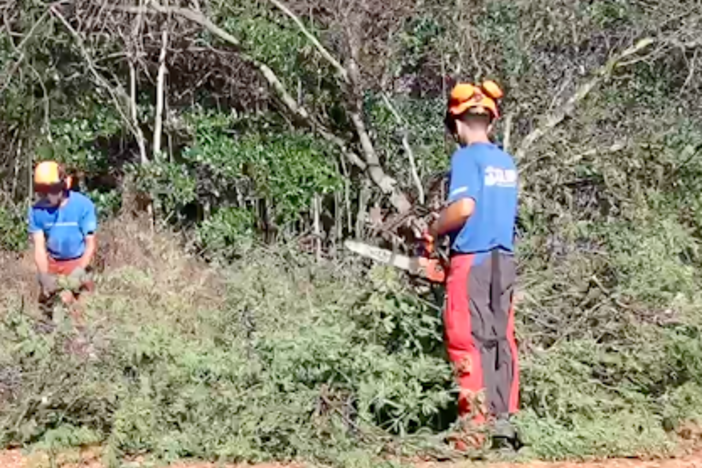 Hawaii is using some of its CARES Act money to create a version of the Civilian Conservation Corps. The state is now trying to spend the last of the funds before the deadline later this month. 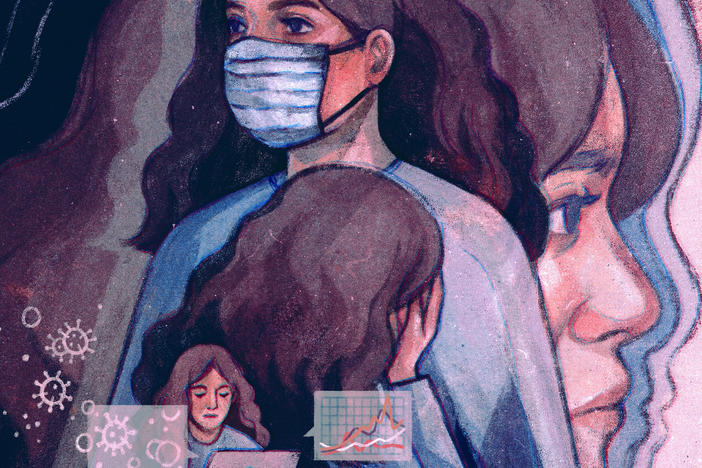