In 2020, Indie Games Were A Well-Deserved Distraction 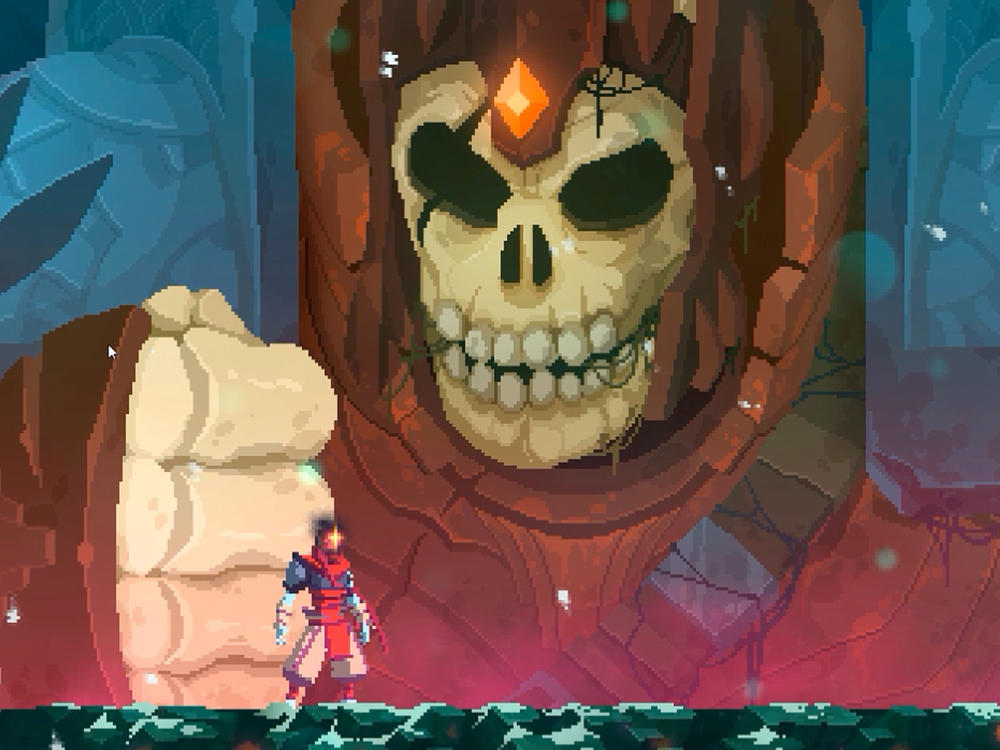 Caption
This is not a representation of what 2020 felt like — it's a screen shot from Dead Cells.

2020 is almost over. And thank goodness for that, right? Amid worldwide shutdowns, strenuous conversations about police reform, and an endless election cycle, we could all use a break.

Do what I do: Pick up your Switch (or whatever console you use) and give yourself a well-deserved, news-free distraction.

Even though Sony and Microsoft just released state-of-the-art consoles with major video game titles on the way, we can't forget the indie games that pushed us through a grueling year. I've put together a short list of games that I loved, but there's always more to discover on Steam or your console's online store. And keep in mind that only one of these games actually came out in 2020.

Dead Cells, by indie developer Motion Twin, is a masterclass in the roguelike genre. It mixes that signature perma-death gameplay and medieval flair while simultaneously operating as a 2D platformer. You control a ball of slime that inhabits a corpse, using its limbs to pick up weapons and plow through creatures infected with a deadly virus, collecting power-ups and treasure along the way.

The plot is rather minimalist: Your character — the Prisoner — has been trying to escape this desolate, disease-ridden kingdom for an unspecified amount of time. Each run ends when your health points drop to zero, plopping the unnamed ball of slime back to the start of the dungeon, ready to begin its escape anew.

One of the most gratifying aspects of Dead Cells is the combat. There's something viscerally rewarding about slicing and dicing your way through zombies, leaving a trail of guts behind you. The sweeping motions of your sword or the blasts from your grenades are akin to slicing through a tomato with a newly sharpened blade. 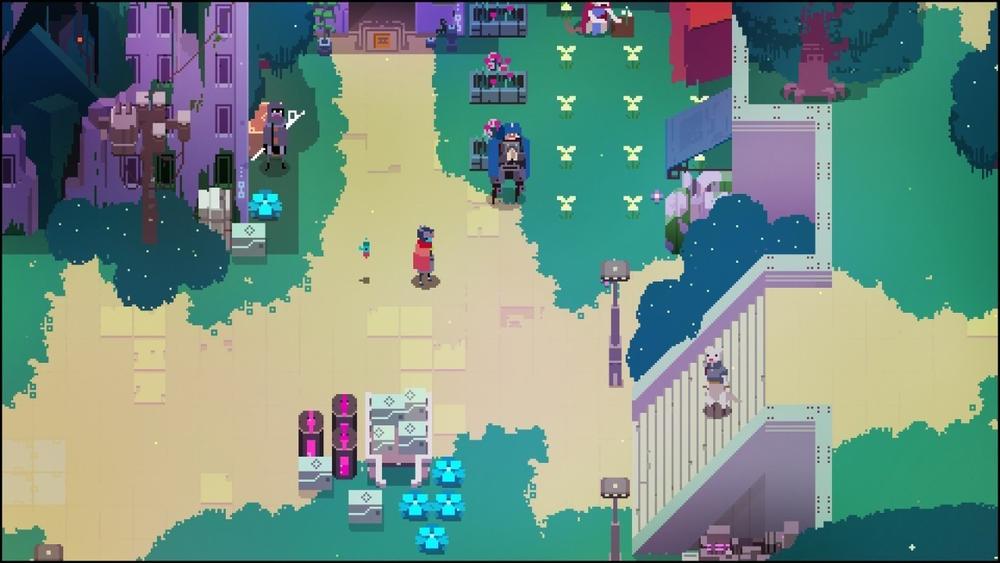 Caption
Hyper Light Drifter may be confusing at first, but stick with it.

It took me two tries to get attached to Hyper Light Drifter. I just couldn't get into it the first time I picked it up. But after revisiting it a year later, I realized how much the game has to offer to a new player. The plot is a little hard to explain, but you play as the titular Drifter, searching for answers to what seems like an apocalypse caused by a science experiment gone wrong.

At its core, HLD is an ode to the classics. Developer Heart Machine managed to meld new and old; the game's overflowing beauty captures both artistic originality and a taste of nostalgia. Somehow, seeing the individual pixels feels contemporary rather than outdated.

It's definitely challenging, too. Beyond the tricky, quick-fire combat, who knew the map would be one of the more troublesome components of HLD? It doesn't offer a clear path to your desired destination, but rather a general direction. Instead of letting that bug you, focus on the excitement of finding what you were looking for after an arduous search.

And don't be discouraged by the plot. Yes, it may be hard to grasp (I had to watch YouTube videos to understand most of it), but the cutscene art alone is enough to teleport a player to this mysterious and sinister world. 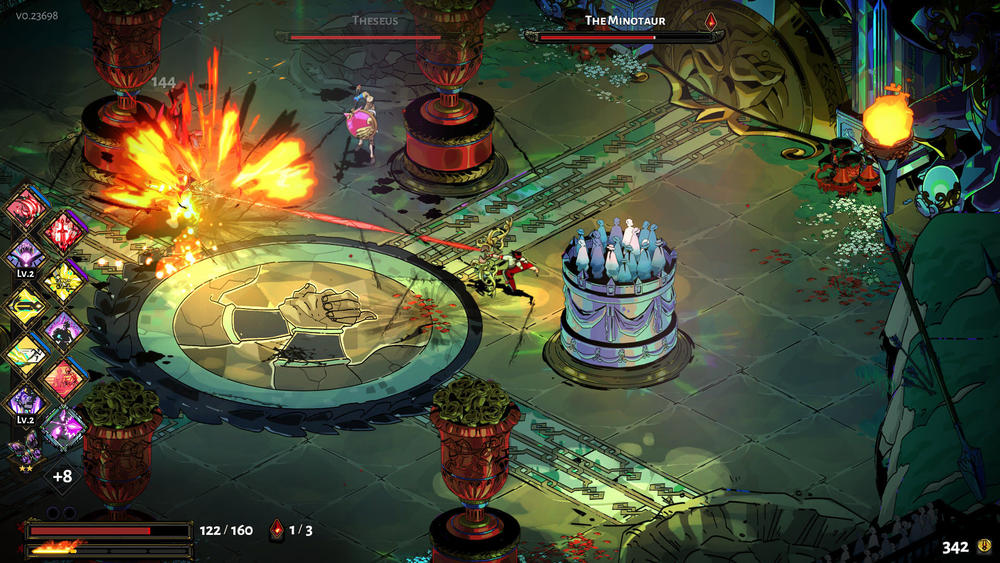 Caption
Hades took the gaming world by storm this year.

By the Olympian gods, I couldn't possibly leave this one out. Hades, from Supergiant Games, is being touted as game of the year, taking the world by Zeus' storm. And I have to agree with the critics.

It's unconventional how quickly Hades rose to fame, especially considering the kind of competition it faced from big studios. 2020 came with an onslaught of games: The Last of Us II, Animal Crossing: New Horizons, and Ghost of Tsushima, just to name a few.

And yet here stands Hades in all its godly glory. They call it a "god-like rogue-like" in the trailer: a gripping fusion of an OG video game genre and Greek mythology. You play as Zagreus, the suave, yet slightly cynical son of Hades, who longs to find his estranged mother. His father, however, wants to keep Zagreus in hell. It's up to our charming protagonist — with the help of the Olympians — to escape, battling his father's forces and ever-changing mazes of Hell.

It's got a well thought-out cast of characters full of personality, it's got addicting combat with loads of entertaining combinations, and it's got a deep, rich story that still continues to feed me even after I finished the game's main story. 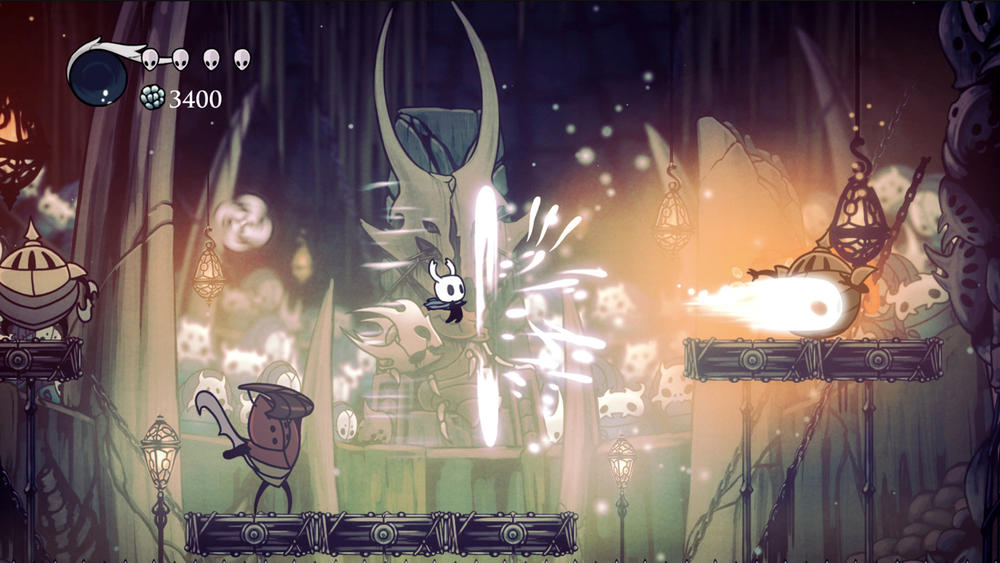 Caption
In Hollow Knight, you explore a bug-infested underground kingdom.

Hollow Knight is the inaugural video game by Team Cherry and it's an indie treasure. Its dramatic, sprawling backgrounds and cryptic lore make this platformer a no-holds-barred adventure that encourages thorough exploration and inventive combat.

Thrown into Hollownest with little direction, players control a cute, pale-faced knight whose mission is, at least in the beginning, unclear. You're given vague information about the society that breathes beneath you, and that's precisely what encourages you to dive right in.

This game is tough; you will die a lot when you first play Hollow Knight. But it's the process of dying that makes this title addicting. Every death at the hand of a stubborn boss or tricky obstacle course is an opportunity to explore new tactics, allowing the player to absorb everything this game offers.

I must admit, as much as I love Hollow Knight, the first couple hours can be tough to get through. It's hard getting your bearings in such an elaborate world. But trust me: Stick with it and it'll become an all-time favorite of yours for years to come. Hopefully better years than 2020. 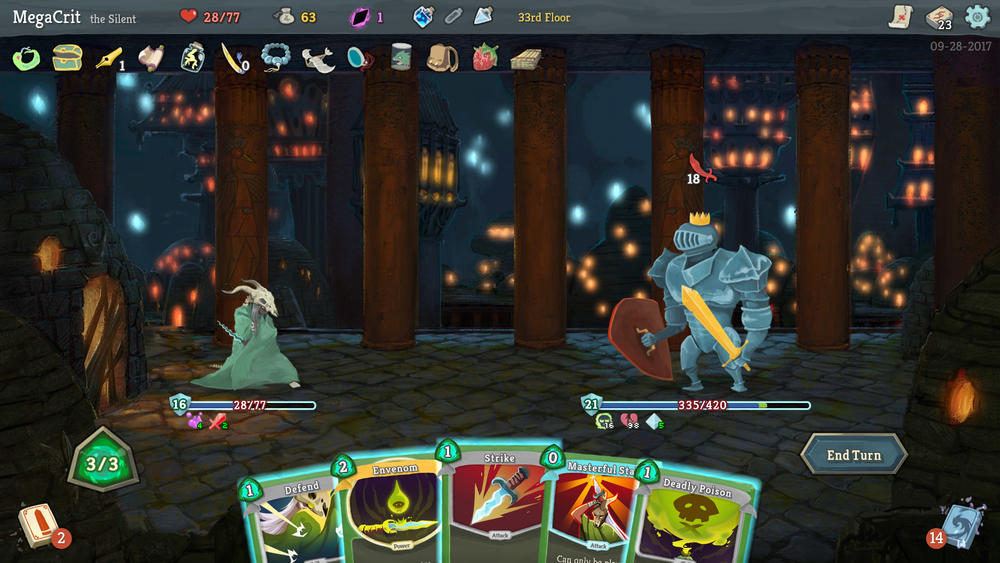 Caption
Slay the Spire is an unusual combination of game genres: It's a roguelike deck-builder.

Out of the five games on this short list, Slay the Spire is perhaps the most unusual. It's a deck-building rogue-like, so, as you might imagine, there are very few games like it.

In StS, you control 4 different playable characters, each one with a unique trait upon which your strategy will most likely rely. The Ironclad, for instance, uses brute strength to plow through enemies, while the Silent uses poison to chip away at health points. The thing about StS, though, is that "combat" involves putting together a cohesive, synergized deck of cards that let you deploy combinations of attacks, blocks and spells against a randomly-generated dungeon full of monsters.

I love deck-building games. Tabletop pastimes like Dominion and Star Realms occupied lots of my college downtime, and StS takes the genre to a whole new level (literally). It feels like a game that's almost impossible to master. While there are so many combinations of cards and abilities, each run is gratifying; you'll always feel like there's more to learn.

Honorable mentions: Untitled Goose Game, Ori and the Will of the Wisps, Celeste, Stardew Valley

Keller Gordon is a columnist for Join The Game. Find him on Twitter: @kelbot_ 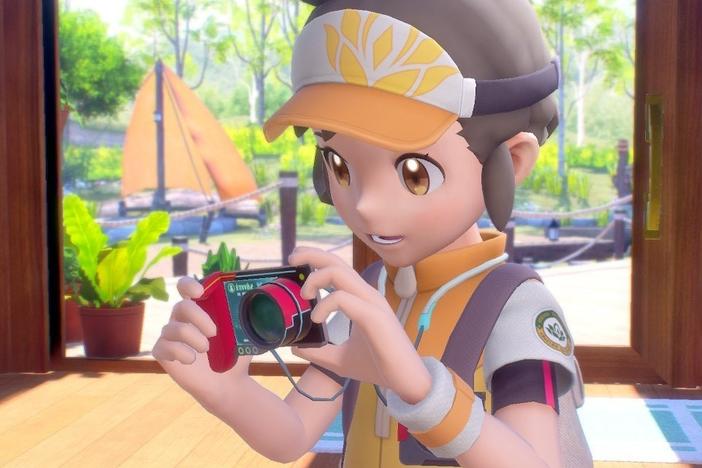 After years of begging by fans online, Nintendo has released a sequel to the classic N64 game Pokémon Snap — it's a peaceful playthrough that has you taking pictures of monsters, not capturing them. 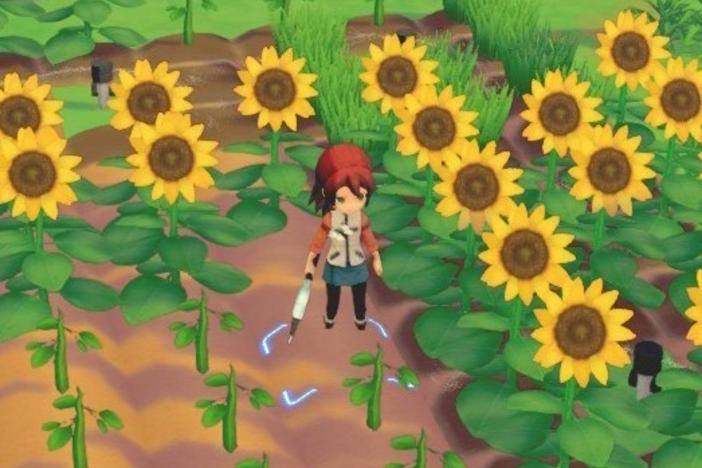 Harvest Moon: One World and Story of Seasons: Pioneers of Olive Town are the latest installments in a beloved, long-running series of farming sims — but fans may want to stick with older games. 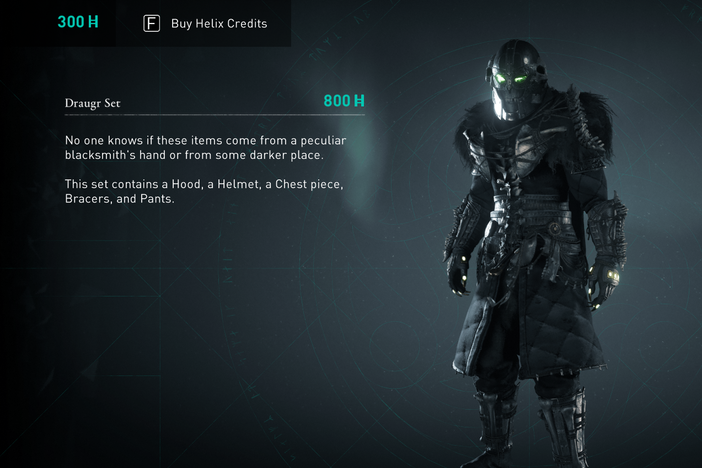 Microtransactions Are Great For Game Companies, Less Fun For Players

Microtransactions are small in-game purchases that grant you mostly cosmetic upgrades — but sometimes, they can affect game play. And some gamers say they're becoming increasingly intrusive.