At least 120 foundations collectively received more than $7.5 million from the program that was set up to help small businesses during the pandemic. Critics say they didn't need a taxpayer subsidy.

Remember the outrage last spring when big companies got money from a government program that was meant to save small-business jobs? Turns out more than a hundred private charitable foundations set up by really wealthy people also got that funding. Sacha Pfeiffer from NPR's Investigations team has been looking into it.

SACHA PFEIFFER, BYLINE: One of the foundation's nationwide that received money from the Paycheck Protection Program is affiliated with one of the richest families in the world.

UNIDENTIFIED PERSON: This is the story of the Letters Foundation. It starts with Warren and Doris Buffett.

PFEIFFER: The Letters Foundation website explains it began as a sibling partnership between multibillionaire investor Warren Buffett and his late sister Doris. Strangers would often ask them for money, so Doris decided which request to fund, and she and Warren paid for it. Over time, they gave away millions. But when Doris Buffett's stock portfolio took a hit in the pandemic, The Letters Foundation applied for PPP funding and got almost $270,000.

JEFF WILLIAMS: Like my grandma said, it may be legal, but it doesn't look right.

PFEIFFER: Jeff Williams is with Grand Valley State University's Johnson Center for Philanthropy. He says it appears private foundations were eligible because they do employ people, and the program's purpose was to protect jobs. And with their investments declined in this year's market plunge, they didn't want to sell at a loss to cover budget shortfalls.

WILLIAMS: It's perfectly logical for a foundation to say, especially when they watch their assets do a 40% dip, that if they used foundation assets to cover payroll, that's eating into their corpus.

PFEIFFER: So they turned to government help. But the stock market has bounced back, and Williams says it doesn't sit well that some of the country's most moneyed foundations, which are exempt from taxes, were subsidized by U.S. taxpayers.

WILLIAMS: And at a time in American society when we are wrestling with big questions of trust in institutions, stories like this can increase the divide.

PFEIFFER: NPR has identified at least 120 private foundations that received more than $7.5 million in PPP funding. That's a small slice of the overall program, but some of those foundations are connected to an oil magnate, a cable TV tycoon, a dermatologist called the father of modern hair transplantation and an aviation entrepreneur who founded companies with annual sales of more than a billion dollars.

ALAN CANTOR: I struggle to get into the mindset of these individuals who are wealthy enough to set up private foundations and then too cheap to reach into their pockets to keep things going when times get tough.

PFEIFFER: Alan Cantor is a nonprofit consultant. He notes the whole purpose of most foundations is to give money away, and he says they should have tapped their own assets to cover expenses.

CANTOR: It's just a question of reaching into their investment accounts and providing it to their foundations to pay their staff.

PFEIFFER: After Doris Buffett's Letters Foundation, officially called the Sunshine Lady Humanitarian Grants Program, was contacted by NPR, it said it planned to give the money back. But Cantor points out even if it does, that it took PPP means other applicants were shut out because the first round eventually ran out of funding.

CANTOR: They were competing for the same dollar. And for the foundation to get that money instead of, let's say, the food pantry, I just don't see that as being right.

PFEIFFER: Several foundations did not respond to requests for comment. The Walt Disney Family Foundation and the foundation of late celebrity photographer Robert Mapplethorpe did. Both said their assets are primarily illiquid, such as Disney collectibles and Mapplethorpe photos, so can't easily be turned into cash to cover budget deficits. They said taking PPP let them avoid layoffs and they were justified in applying for it. Boston College Law School Professor Ray Madoff, who studies philanthropy, says the Small Business Administration could have set higher eligibility standards.

RAY MADOFF: When they announced the program, they could have said, we have limited funds. The government can only do so much right now, and we want to make sure there's plenty for those in need. But I don't recall any messaging that said, please don't take this money unless you need it.

PFEIFFER: As a result, being wealthy was not a disqualifier for federal support. The SBA declined to comment on whether private charitable foundations were intended recipients of PPP. It said only that borrowers had to, quote, "self-certify" that they were eligible for the money. 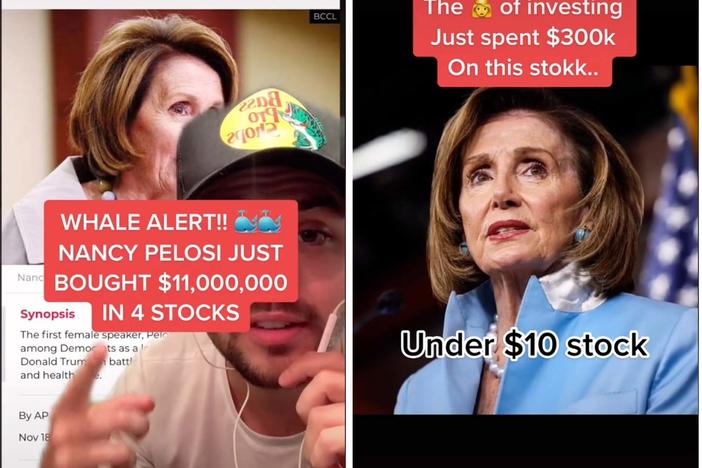