One-third of Americans have been struggling to afford basic necessities like food and rent - one-third. A big reason is job losses during the pandemic, but the truth is most households in the United States always live paycheck to paycheck. NPR's Alina Selyukh spoke with three families who face that reality.

ALINA SELYUKH, BYLINE: In their four decades of marriage, the biggest fight Debi and Nick Lemieur have had was over money - or a purchase, to be exact - an amplifier for Nick's bass guitar.

DEBI LEMIEUR: And he didn't tell me. He hid it in the trunk of the car, and I found it.

SELYUKH: This was years ago. Debi was teaching at a university. Nick worked at a tech company. They had a house, two cars, a kid in college - all markers of middle-class life. But this one purchase of passion threatens to break the bank.

D LEMIEUR: Oh, my God. You know, how much will this screw with our budget?

SELYUKH: It was only a few hundred dollars. That kind of unexpected bill separates millions from financial disaster. More than a third of U.S. adults say they could not cover a $400 emergency without going into debt or at all. A huge reason is that American wages have failed to keep up with three of the biggest costs families deal with - health care, education, housing. And so the paycheck-to-paycheck lifestyle is a widespread affliction. Single mothers live it. Young professionals live it. Even college professors and retired tech workers live it, like the Lemieurs from Pennsylvania.

NICK LEMIEUR: With three kids, we always had, you know, expenses for this thing, that thing, school.

D LEMIEUR: But there was a lot of health problems.

SELYUKH: Medical was always their biggest expense - a son with special needs, a daughter who died after seven years of fighting brain cancer, Debi's own cancer battle, Nick's heart surgery. In the U.S., medical issues are a major reason people file for personal bankruptcy. In July, Debi and Nick's budget was about $6,000. Almost a thousand went to health insurance alone.

D LEMIEUR: We just never had the way to save. We never made enough money.

SELYUKH: Debi thinks they would've been better off with more education, which is interesting because she has two master's degrees. But in academia without a doctorate, she's been an adjunct professor, a gig worker of higher education, making less than $30,000 a year. She couldn't afford to finish her Ph.D. after health problems and a university funding cut.

Nick did not finish college at all. He fell into a tech job. A few years ago, it got outsourced and forced him into retirement earlier than expected. Nick wonders about their now-rigorous budgeting and savings routine.

N LEMIEUR: Had we disciplined to do that earlier, it would've been better.

D LEMIEUR: I think we still would be living paycheck to paycheck. We just wouldn't be quite as panicky in our gut.

SELYUKH: More education usually does mean more income over a lifetime, but it's also expensive. Cost of college has more than doubled in just 20 years. Most take on student loans, and that debt is a yoke around young people the minute they graduate - people like Robi Hamilton from Austin.

ROBI HAMILTON: I've been trying to get to a point where paying my student loans wouldn't actually break me.

HAMILTON: When you start making more money, you know, you can upgrade your bills just a little bit. So I got, like, a new phone. I was just like, this is a whole new world for me, living more comfortably paycheck to paycheck.

SELYUKH: Meanwhile, her boyfriend, Andrew Mentzel, has struggled. He moved to Austin from Houston doing audio and video tech work but has not been able to book enough gigs in the new city. He's now a baker at a restaurant for $17 an hour, feeling stuck on a financial roller coaster.

ANDREW MENTZEL: I'm able to stay above water miraculously sometimes, but, like, other times, it's too close for comfort. And somehow, I've just gotten used to this, like, fluctuation that I really should just be fed up with at this point.

SELYUKH: Bills are a huge portion of Robi's and Andrew's expenses. Rent and utilities are pricey in places like Austin. And overall, housing is another cost that's grown far faster than average wages. And spending - it's the linchpin of America's economy. During the pandemic, Robi and Andrew got a new puppy, a Nintendo Switch for a distraction. Andrew is financing a bicycle that gets him out of the house. Rhonda Alvarez, who's raising two teenagers, knows how that goes.

ALVAREZ: If I had a car repair, I would put it on a credit card. Or if I wanted to go out or, like, buy a birthday gift for somebody or, you know, things like that, they just - you don't think about it. Or you do after you've done it, and you're like, God, what did I do?

SELYUKH: Debt can be powerful. In her 30s, a loan helped Rhonda finally discover a career she loves both for the work and for the pay - about $45,000 a year. But debt can also weigh you down. After her divorce, Rhonda's car loan and bills overwhelmed her, so she cashed out her retirement savings early to pay them off. And those little spendings never really end. Her oldest started driving and needs insurance. The car needs new tires. Her youngest needs soccer cleats and shin guards.

SELYUKH: But life keeps adding up. 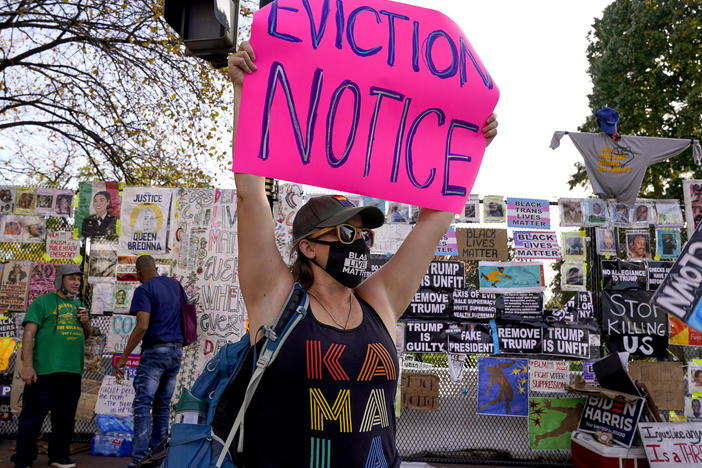 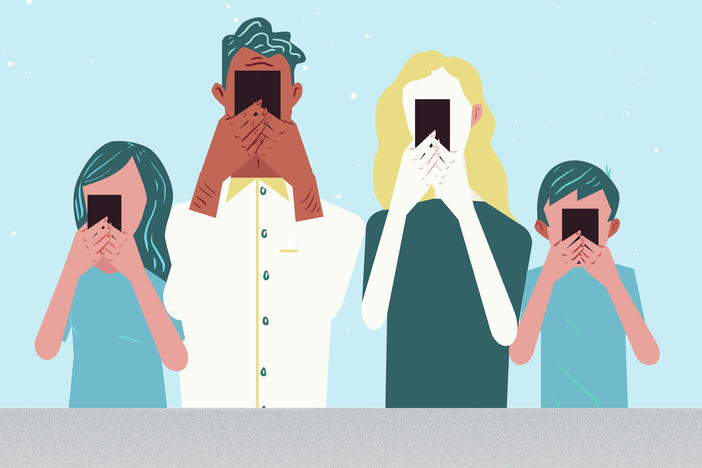 It's grabbed a lot of headlines, but the evidence on social media and teen mental health — including that Facebook and Instagram research — is far from a smoking gun. 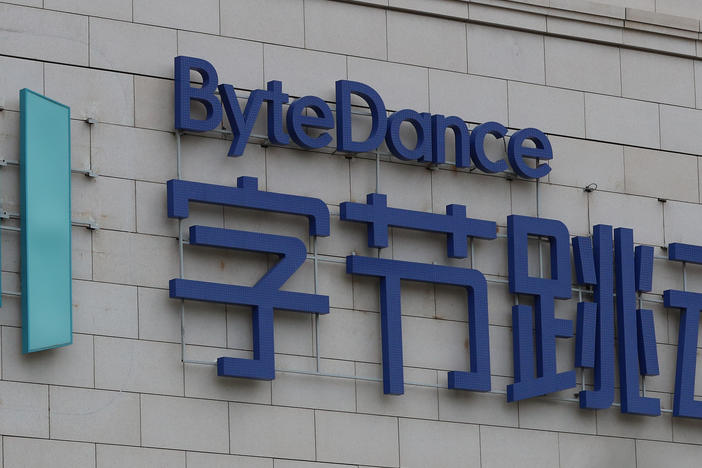