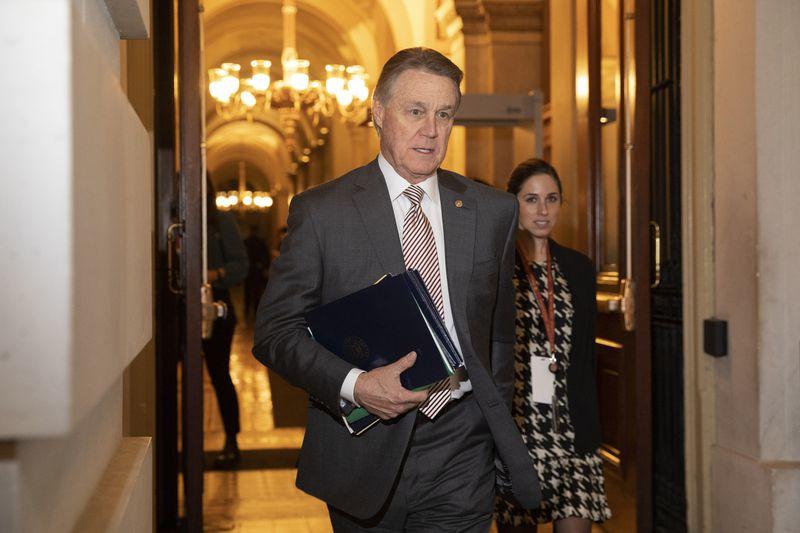 Sen. David Perdue, R-Ga., sold his Washington, D.C., home last year to a brokerage industry official whose organization is under the purview of a committee Perdue sits on.

The deal was made off market, without the home being listed for sale publicly.

Though an appraisal provided to ProPublica by the buyer found that Perdue sold for slightly under market value, four local real estate experts disagreed, telling ProPublica that the almost $1.8 million sale price Perdue garnered seemed high. Their estimates of the premium ranged from a few thousand dollars to as much as about $140,000. A fifth expert said the price was squarely fair market value.

Ultimately, congressional ethics experts said, their concern was that Perdue sold privately and to someone whose organization that he oversaw as a senator.

“Determining fair market value is always a gray area, unless the sales are done in a competitive open market,” said Craig Holman with the watchdog group Public Citizen. “Since the purchase and sale of this property by Sen. Perdue was not done on the open market, it raises serious suspicions as to whether the sale was in fact at fair market value.”

If the price was above fair market value, Holman said, “this would be a violation of his ethical obligations and an opportunity for those with business pending before Perdue’s committee to curry favor.”

A Perdue spokesperson said that the senator and his wife sold the townhouse at fair market price, and that the lender appraisal confirmed that.

“None of this had anything to do with the senator’s official role,” the spokesperson said. “The Perdues did not know any of the individuals, and they used the same realtor during the purchase and sale of the property.”

Perdue’s office provided a statement from the couple’s real estate agent, Justin Paulhamus: “Since inventory was so limited at the time of the sale, we priced it at market value and were fortunate to get an offer.”

Perdue’s spokesperson said the senator’s real estate agent “floated it off market first, and they would have put it on market, but got an offer at their asking price which was fair market value.”

Perdue is locked in a runoff campaign against Democratic challenger Jon Ossoff. Along with fellow Georgia Republican Kelly Loeffler’s race against Raphael Warnock, his contest could determine which party controls the Senate and with it, whether President-elect Joe Biden can implement much of his agenda.

Perdue has faced multiple allegations that he has mixed his private financial interests with his official work. The most prolific stock trader in the Senate, he bought and sold shares in companies that the committees he sits on have jurisdiction over. Some of his trades came at fortunate times. Earlier this year, the Justice Department investigated him and other lawmakers for possible insider trading. Perdue denied the allegations. Prosecutors ultimately decided not to bring charges against him.

Perdue’s home buyer in October 2019 was Hillary Sale, a board governor for the Financial Industry Regulatory Authority, a privately funded self-regulatory body for the securities industry. The organization falls under the purview of the Senate Banking Committee, which Perdue sits on. Earlier in 2019, FINRA was lobbying on a bill out of the banking committee that would have required the organization to establish a fund to pay investors bilked by brokers.

A FINRA spokesman said the organization has not lobbied Perdue specifically. In a statement, Sale said she learned of the home though her real estate agent and never interacted with Perdue. She provided ProPublica with an appraisal from her lender showing the home was valued at $1.8 million, $11,000 over the amount she paid. Samer Kuraishi, who leads a real estate agency in Washington, said appraisals are done after a price is agreed to, and that they typically are engineered to match the sales price.

Perdue may have saved thousands by not putting his house on the open market.

Kuraishi and other experts said that when doing off-market deals, sellers can negotiate to pay their agents a smaller commission.

“In that scenario, an agent spends less on staging, less on marketing, less on open houses, less on virtual tours,” he said. “It’s typically an easier sale.”

Perdue’s spokesperson said the senator paid broker fees, but did not respond to questions about whether the fees were discounted.

Perdue’s Capitol Hill home and many of those around it were built in the early 2000s by EYA, a developer that specializes in luxury townhomes that maintain the look and feel of historic buildings but come with amenities typically reserved for more suburban locales. They have individual garages and private courtyards. Perdue’s home featured a rentable separate unit, connected to the main house through interior stairs.

At the time of the sale, FINRA was lobbying the Senate, according to its disclosure forms, and earlier that year its lobbyists were specifically focused on a bill that would have required the organization to establish a relief fund to provide investors with arbitration awards that went unpaid by FINRA’s brokerage firms and brokers. The bill was authored by Sen. Elizabeth Warren, D-Mass., and fell under the jurisdiction of the Senate Banking Committee.

The committee had also held hearings that included harsh assessments of how well FINRA was policing its own. In 2018, an AFL-CIO official charged that FINRA was failing as a regulator because it was not forcing its members to pay the arbitration settlements.

Perdue’s office declined to answer questions about where the senator stood on the bill, which did not pass, or whether he took any actions on it.

Ethics experts are generally troubled when politicians enter into transactions with people who have business before them. The legality of this sale hinges on whether the home was purchased at fair market value. If it was purchased for more than that, it would be considered a gift. Gifts of significant value to senators are required to be publicly disclosed. Perdue did not disclose any such gifts.

Earlier this year, ProPublica reported that Sen. Richard Burr, R-N.C., sold his Washington townhouse to a donor and powerful lobbyist who had business before him. Burr’s office said the lawmaker notified the Senate Ethics Committee before the sale. Perdue’s office declined to say if he took similar steps. The committee does not typically make such guidance public, and it did not respond to questions about whether Perdue sought advice in this case.

In order to avoid the appearance of a conflict, members of Congress who are buying or selling properties should do so on the open market to help ensure the price paid is fair and to avoid deals with people who have business before them, ethics experts say.

The five local real estate agents who reviewed the transaction for ProPublica had somewhat differing opinions about whether Perdue got an inflated price and, if so, how inflated. All cautioned that valuing a property is not an exact science.

One agent, assuming Perdue did not make significant improvements to the property while living there, priced the home at around $1,650,000. That would mean Perdue sold for about 8% over market. His office declined to say whether he had made those kinds of upgrades, but photos, the agent said, suggest he did not.

A second agent said the price also seemed high, but only about 2% over market value. The agent said prominent officials selling homes in private deals will often get a premium. “Buyers don’t haggle at that point. If it’s a senator, you’re not going to go back and say, ‘Actually, I’ll give you 1.7.’ They either pay the price or don’t buy it.”

A third agent said it seemed slightly above market. A fourth said the expected range for that property at the time would have been between $1.75 million and $1.785 million, a shade under Perdue’s $1.789 million sale price. A fifth agent said the price Perdue got was squarely at fair market value. All of the agents asked that their names not be used so as not to affect their ability to continue buying and selling homes in the neighborhood.

The agents said that the price Perdue purchased the home for in 2015, $1.6 million, was about market rate at the time. That sale was made on the open market.

One of the real estate agents who spoke with ProPublica noted the short time the home spent on the market before Perdue bought it. The home was put on the market on a Wednesday and Perdue agreed to a deal to buy it that Friday before there could be a weekend open house. The agent said it was atypical for a seller to commit to Perdue without holding an open house to find backup options.

Cheney and his wife told ProPublica they had an open house for brokers only before the home was put on the market. Perdue got no special treatment, they said, and they had no direct contact with him.

“Absolutely nothing about the purchase or sale of the property had anything to do with the senator’s official role, since they did not know the buyers or sellers, there could be no conflict of interest whatsoever,” the spokesperson said.

This story comes to GPB through a reporting partnership with ProPublica, a nonprofit newsroom that investigates abuses of power. 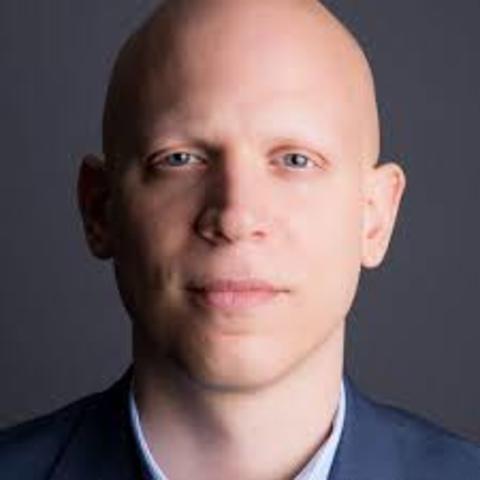 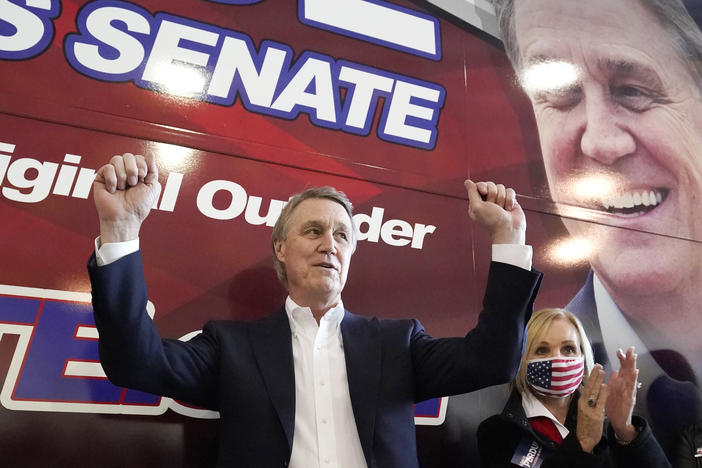 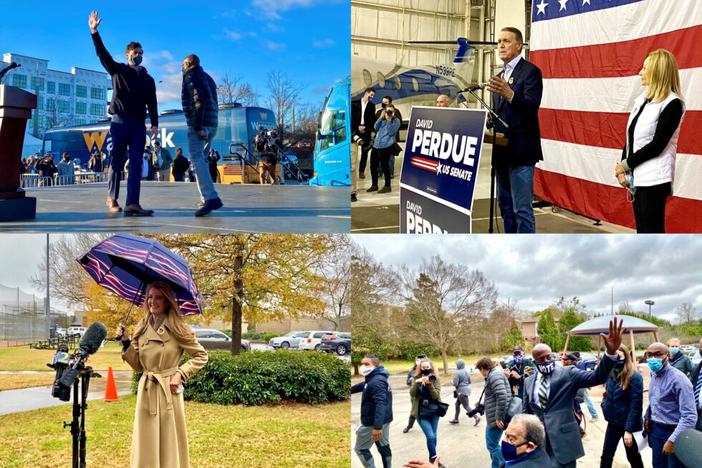 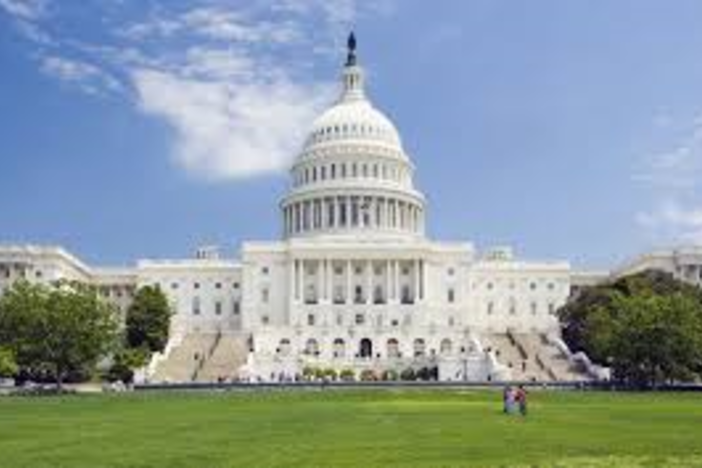