1st Doses Of COVID-19 Vaccine To Be Administered This Week In The U.K. 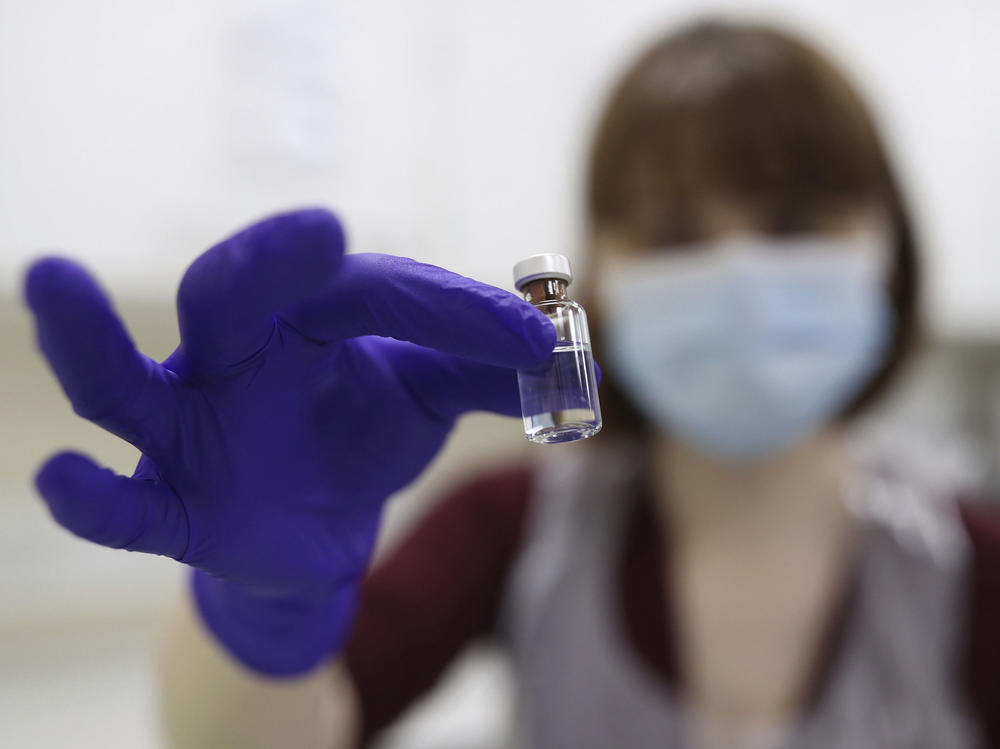 A National Health Service pharmacy technician at the Royal Free Hospital in London simulates the preparation of the Pfizer vaccine Friday for support staff training ahead of this week's rollout. / AP

As U.S. health authorities continue examining the proposed COVID-19 vaccines, residents in the United Kingdom — the first Western country to issue approval for emergency use — are set to receive their first shots as early as this week.

But quickly vaccinating as many people as possible in the U.K. will pose enormous logistical challenges — from keeping the doses frozen to figuring out how to methodically and fairly distribute the vaccine across the nation of 68 million.

The first batch of the vaccine created by Pfizer and the German company BioNTech arrived in the U.K. last week. Doses are scheduled to be delivered to hospitals beginning Monday. Nursing home residents, health care workers and people age 80 and over will be first in line.

Across England, 50 hospitals have been chosen as hubs to administer the vaccine, the BBC reported. The government has initially ordered 40 million doses, which will vaccinate 20 million people. The National Health Service has said that more hubs will be set up as more doses arrive.

The doses will be frozen at minus 70 degrees Celsius (minus 94 degrees Fahrenheit). Health officials are still working out how to efficiently split apart the boxes of vaccine vials once they arrive.

"There's something like five doses to each vial, and each box is 975 doses," Sarah Boseley, health editor for The Guardian, told NPR's Weekend Edition. "Because they're kept in this deep-frozen state, they then have to be very, very carefully split up. And that is the bit, actually, that hasn't yet been properly figured out."

Why is the vaccine all set to be distributed in the U.K., while Americans are still waiting for approval from the Food and Drug Administration? "The FDA in the United States actually demands all the raw details," Boseley said.

Whereas U.K. health regulators depend on companies' summaries of their vaccine's effectiveness, U.S. officials are more hands-on — and warier. "They're not taking what the companies say as necessarily accurate," Boseley said. "So they will do their own data analysis and hopefully come up with exactly the same results."

All that double-checking could add only an extra week or so to the timeline. An FDA advisory panel is scheduled to meet virtually on Thursday to discuss whether to approve the vaccine for emergency use.

"We'll spend the day on Thursday reviewing the data from Pfizer, and at the end of the day, a vote will be taken," Dr. James Hildreth, a member of the FDA's vaccine advisory committee, told NBC's Today show last week. "So by the end of the day next Thursday, there could be a decision made about the vaccine."

"If the FDA commissioner decides to issue approval, the [emergency use authorization], on that day when the vote is taken, as early as Friday of next week, we could see vaccinations happening across the country," he added. Military officials will help facilitate distribution throughout the United States.

In addition to the U.K., Bahrain has also approved Pfizer's vaccine. On Friday, the Middle Eastern country became just the second nation in the world to issue an emergency use authorization, its state news agency reported. 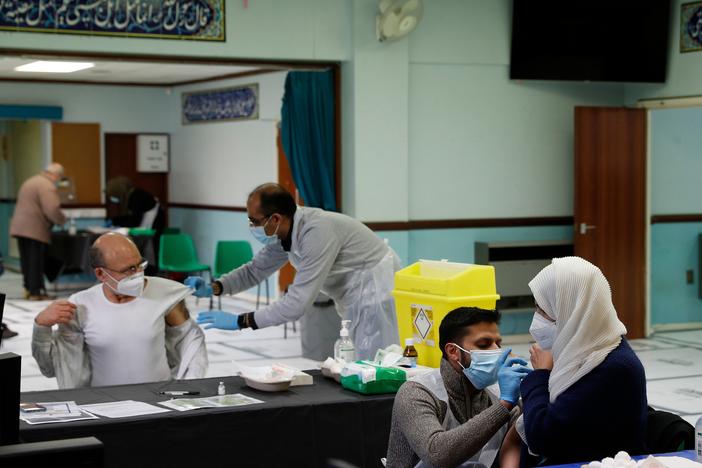 How A U.K. Imam Countered Vaccine Hesitancy And Helped Thousands Get The 'Jab'

Sheikh Nuru Mohammed began to fight disinformation during Friday sermons — and turned his mosque into a vaccination center. It was the first of its kind in Britain and paved the way for dozens more. 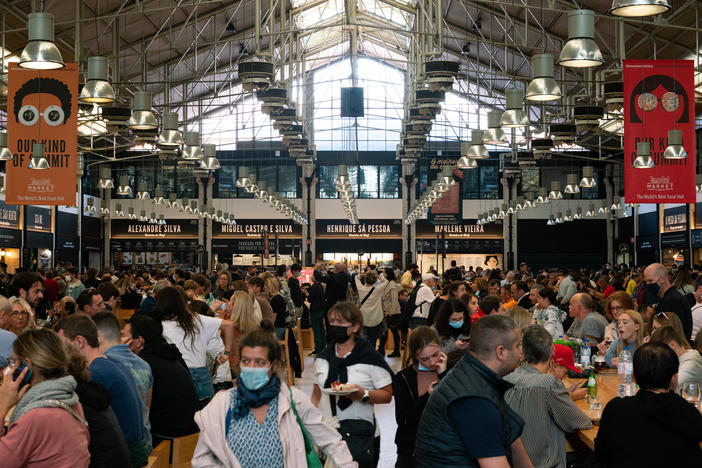 Scientists are watching how Portugal and other highly vaccinated countries are faring against the coronavirus' new omicron variant. 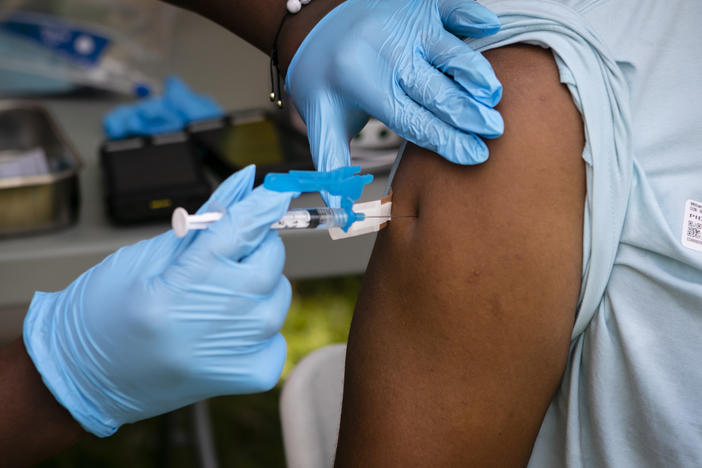 Johnson & Johnson shared data from its Phase 3 trial of the company's booster shot on Tuesday. The data showed a booster shot at six months provided a 12-fold increase in antibodies.