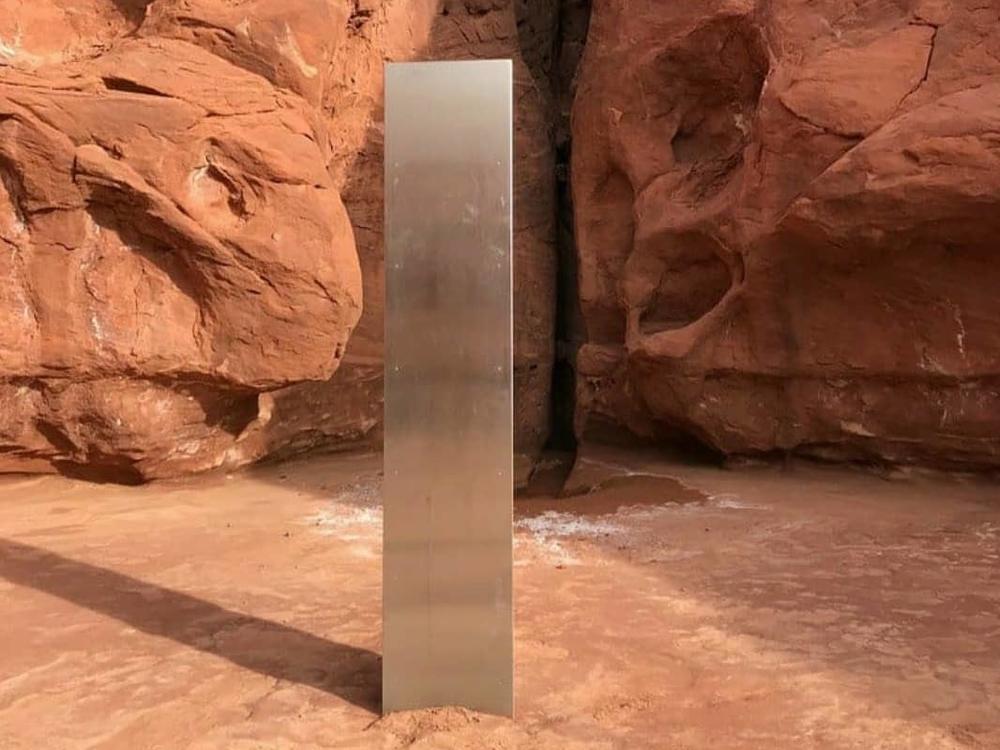 This monolith was discovered in rural Utah, but officials do not know its source or reason for being installed.

State officials were flying over southeastern Utah looking for sheep as part of a routine task. Instead they found something straight out of a sci-fi movie.

From a helicopter, officers from the Utah Department of Public Safety spotted a large metal monolith — a single block of metal — last week. It was sitting in Utah's Red Rock Country in the southeast. Officials have no idea how or when it got there — or who might have placed it.

"That's been about the strangest thing that I've come across out there in all my years of flying," helicopter pilot Bret Hutchings told KSL TV.

Hutchings said the structure appeared to be 10 to 12 feet tall and looked like it was planted there — not dropped from the air. In any case, officials said it isn't legal.

"It is illegal to install structures or art without authorization on federally managed public lands," said the Utah Department of Public Safety in a statement, "no matter what planet you're from."

It also referenced the structure's out-of-this-world appearance on social media.

"We came across this, in the middle of nowhere, buried deep in the rock. Inquiring minds want to know, what the heck is it? Anyone?" wrote the department in an Instagram post.

As for would-be visitors, officials decided not to disclose the exact location of the monolith. It's in a remote area — and if people attempt to visit it, "there is a significant possibility they may become stranded and require rescue," the department said in its statement.

Utah's Bureau of Land Management is assessing whether further investigation is necessary.

Hutchings has his own theory.

In the classic sci-fi film 2001: A Space Odyssey, a group of prehistoric ape-men was baffled by a large black monolith that appeared in an African desert.

"I'm assuming it's some new-wave artist or something," Hutchings said, according to KSL TV. "Somebody that was a big fan [of the film]." 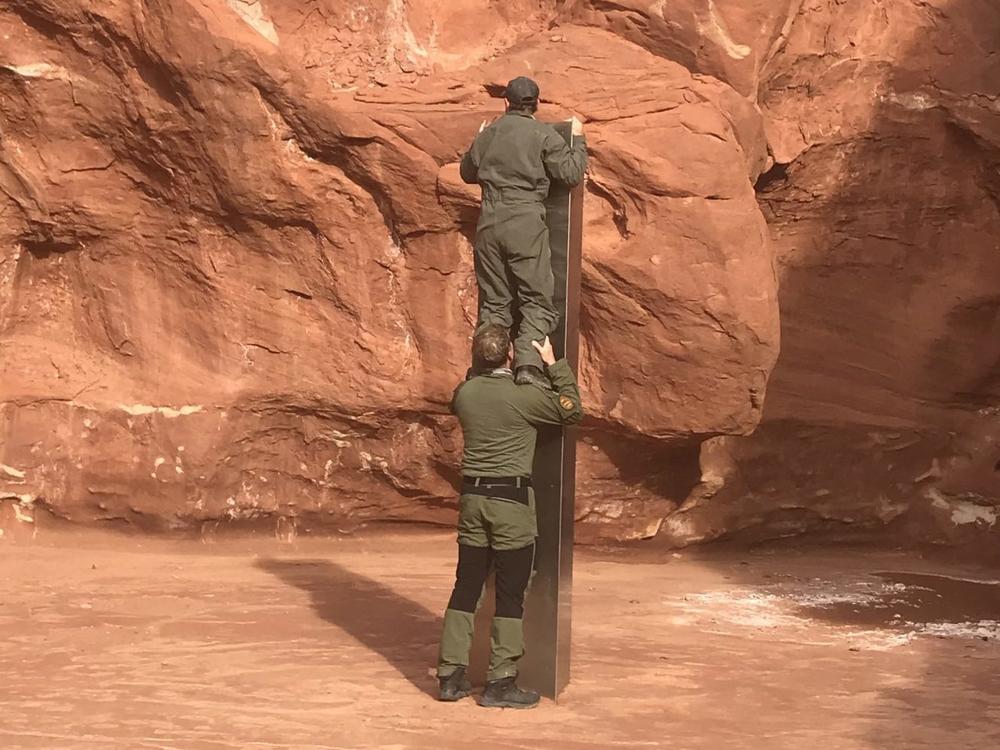 One man stands on the shoulders of another to peer on top of the monolith.

The Monolith Mystery Deepens, As A 3rd Oddity Pops Up In California

For the third time in three weeks, a metal monolith has appeared without explanation, this time in Central California. Yet answers are just as scarce as when authorities found the first one in Utah. 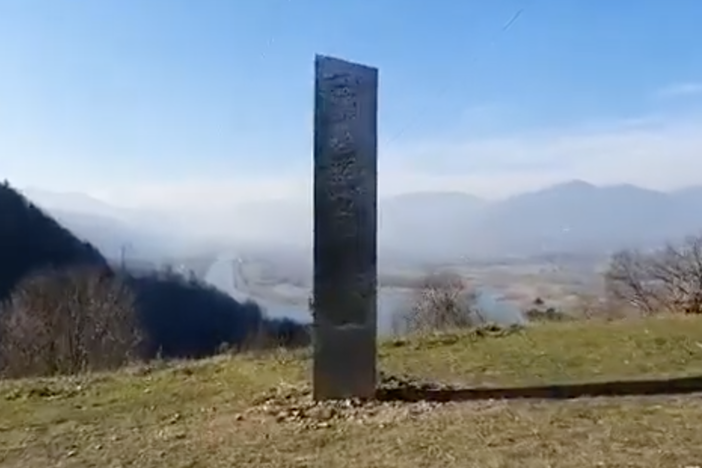 Another Mysterious Monolith Suddenly Appears — This Time In Romania

Not long after a metal object appeared without explanation in the Utah desert, it disappeared. Now, locals in Piatra Neamt say they have found a similar monolith, and answers remain just as scarce. 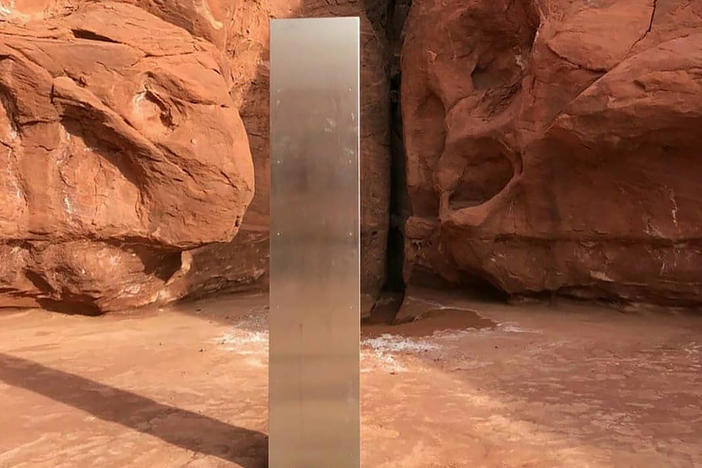 Metallic Monolith In Utah Vanishes Just As Mysteriously As It Appeared

After its discovery in a remote location in Red Rock Country more than a week ago, the metallic prism has inspired theories to its origin. Officials say it was removed by an "unknown party" on Friday.