Florida Looks At A Winter Without Canadians

The coronavirus pandemic continues to rip across the U.S. killing many and infecting hundreds of thousands of people each week. It's also upending part-time residencies between Florida and Canada.

In Florida, it's the time of year for snowbirds. Those are people who move south when the weather turns cold. But with the pandemic, something is missing in Florida this year, Canadians. Here's NPR's Greg Allen.

GREG ALLEN, BYLINE: Every year for the past decade, Julia Hayes and her husband have closed up their home in Mount Albert, north of Toronto, and driven south to their vacation getaway in Cape Coral on Florida's Gulf Coast - but not this year. Because of the coronavirus, they're staying in Canada and not happy about it.

JULIA HAYES: You're up here. And you're under, like, loads and loads of snow. And it's not safe to go out and walk. And you certainly can't swim. It's a much healthier lifestyle when we go down to Florida.

ALLEN: Land crossings between the U.S. and Canada have been closed since March, an effort by both countries to contain spread of the coronavirus. The closure means that tens of thousands of Canadians who usually drive south this time of year can't. Prime Minister Justin Trudeau said recently his government wants Canadians to avoid all nonessential travel.

PRIME MINISTER JUSTIN TRUDEAU: People can make their own decisions. But a travel advisory from the government of Canada to not travel outside the borders unless it's essential travel is about as strong as we can go.

ALLEN: For many Canadians, there's a bigger obstacle than the closed border keeping them home, it's health insurance. Travel insurance broker Martin Firestone says policies that cover COVID-19 are pricey. And some policies have limits as to how much they'll pay.

MARTIN FIRESTONE: I would say my business is down close to 75% right now from the traditional period that it used to be - very busy with people all leaving for upwards of 185 days, coming back, typically, in April.

ALLEN: In Florida, Canadians make up a significant part of the tourism-dependent economy. Fort Myers and Cape Coral are especially popular with visitors from Ontario. At the Upriver RV Resort in Fort Myers, co-owner Lynda Phillips says most of her Canadian customers, many of whom usually stay for the season, have cancelled.

LYNDA PHILLIPS: You know, it's definitely impacted the whole area. Hotel and motel stays are down and, you know, restaurants, as far as Canadian.

ALLEN: Phillips says she's seeing more guests than usual from other parts of the U.S. But they're short-term bookings that don't make up for the loss of her Canadian snowbirds. The border is closed until at least November 21. Prime Minister Trudeau has indicated the closure will likely be extended indefinitely. Because the border closure doesn't affect air travel, some Canadians are flying to Florida this year. But for those who insist on bringing their cars, Jeremy Rood recently came up with a workaround.

JEREMY ROOD: Actually, my parents were wanting to go to Florida. They decided a number of weeks ago that - you know what? - they've got their own place. They're going to go down there. They want to self-isolate, use their property. And I said, well, you know, that's not a problem. We can get you across the border by helicopter.

ALLEN: Rood is the charters manager for Great Lakes Helicopter in Cambridge, Ontario. A friend of his with a trucking company loaded his parents' car on a flatbed and delivered it just across the U.S. side of the border. Rood's parents picked it up and continued south to Florida. Rood has helped take more than a dozen other Canadians and their cars across the border since then. U.S. and Canadian customs officials say it's OK. And Rood says he's helping fill a basic Canadian need.

ROOD: People need to go where it's warm. I had a couple this morning tell me that studies show that if you go where it's warm, you'll last 10 more years. And they joked and said, well, we're in those extra 10 years right now, so we have to go.

ALLEN: Alarmed at the number of retirees traveling south, Canada recently posted an alert aimed at older travelers, asking them, once again, to choose to stay home this year to protect themselves, their family and others in their community.

A previous version of this story misspelled the last name of Lynda Phelps. 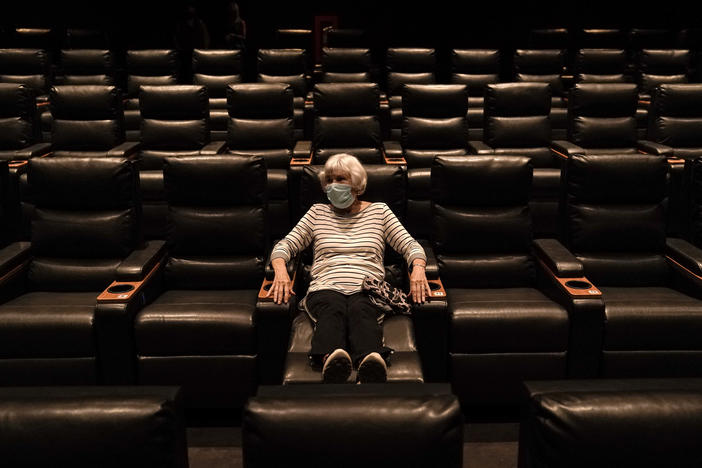 Vaccine Could Unlock Trillions In Spending, Leading To 'Biden Boom'

Pent-up demand from households that have been cooped up over the last eight months could drive a spending boom in the spring, providing a big boost to the economy. 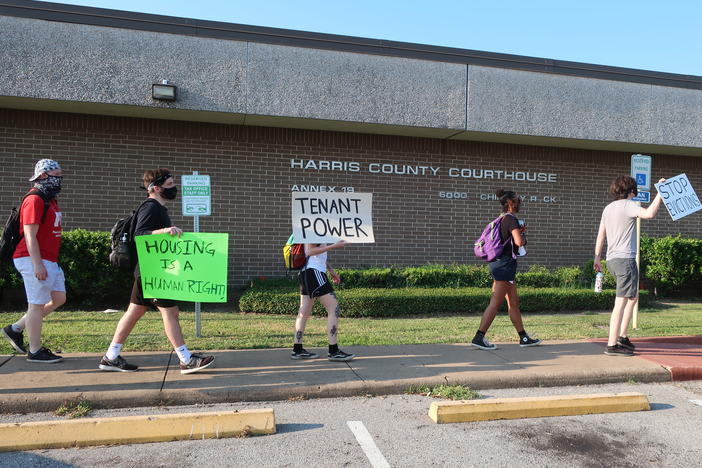 Despite A New Federal Ban, Many Renters Are Still Getting Evicted

The Centers for Disease Control and Prevention ordered a nationwide eviction ban for people who can't pay rent and have no place to go. It's helping some, but many others are getting evicted anyway.