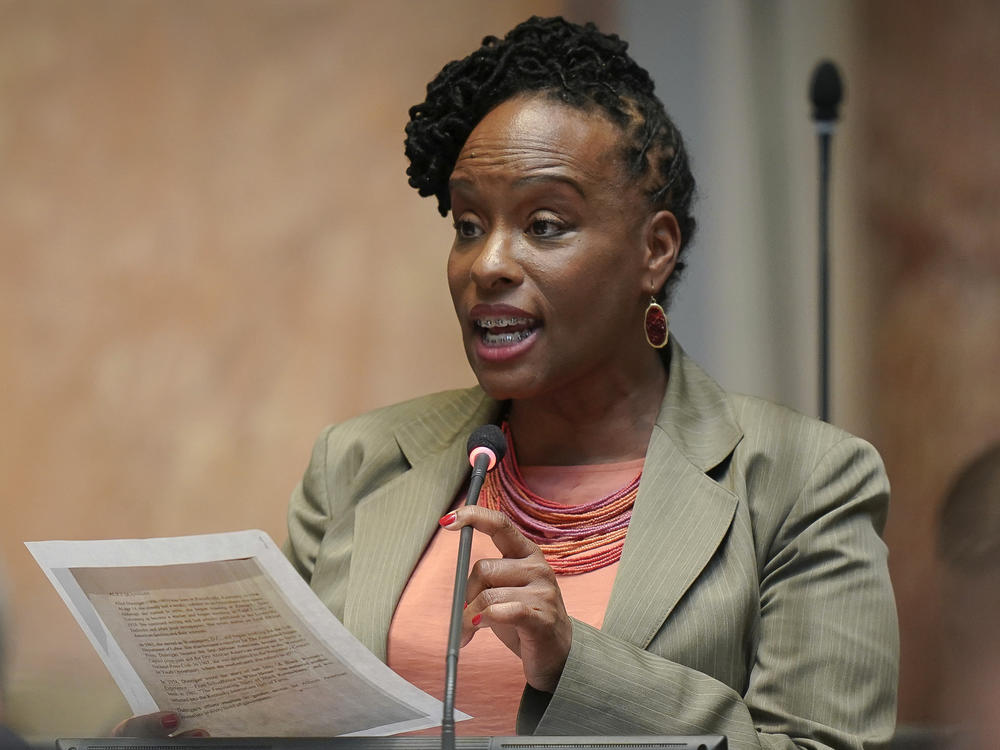 Kentucky State Rep. Attica Scott had been arrested in September during a protest of following news that no police officers would face criminal charges for the killing of Breonna Taylor. / AP

Criminal charges for Kentucky state Rep. Attica Scott and more than a dozen others have been dropped. Scott was part of a group arrested in September during a demonstration against the grand jury decision not to directly charge Louisville police officers over the fatal shooting of Breonna Taylor.

Scott, who is the only Black woman serving in the Kentucky legislature and whose district includes part of Louisville, announced on Twitter that the charges had been dismissed.

"ALL CHARGES HAVE JUST BEEN DROPPED! Thank you to all of our justice seekers, people who called, emailed and tagged the County Attorney on social media. You got it done! Our work continues as we seek justice for Breonna Taylor," Scott said on Monday.

Scott was arrested in September and faced a charge of first-degree rioting, which is a felony. She was also facing misdemeanor charges of failure to disperse and unlawful assembly.

The most serious charges stemmed from damage to the city's main branch of the Louisville Free Public Library on Sept 24.

As NPR member station WFPL reported, Scott was arrested in connection with attempted arson, but the lawmaker's own livestream indicated she was not involved in the arson attempt.

According to a statement from Jefferson County Attorney Mike O'Connell's office, the felony charges against Scott and 17 others were dropped last month. But O'Connell's office "requested additional time to review misdemeanor charges."

On Monday, a judge dismissed charges for all but one of the group. In that case, a motion to dismiss will be considered next week, according to the statement.

"Prosecutors have a higher duty than other lawyers to be ministers of justice and not just an advocate. This means we must always seek the truth and act upon it, rather than seek a victory in court. Our independent review of these cases demonstrates this responsibility," Josh Abner, a spokesperson for Jefferson County Attorney's office, said in a statement. 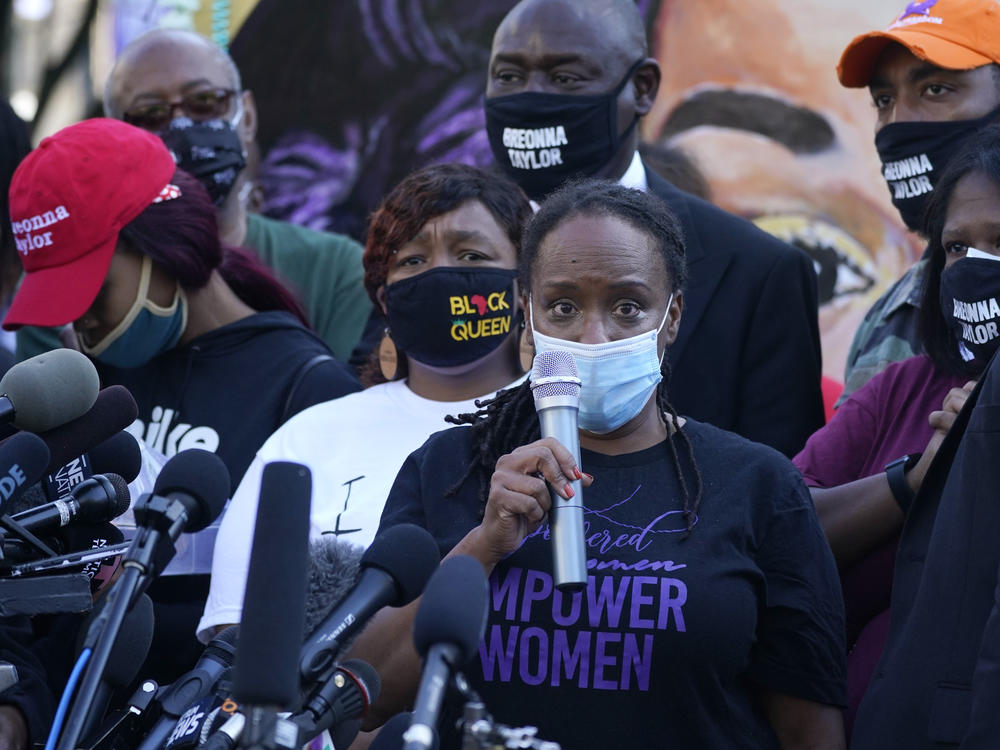 Kentucky State Rep. Attica Scott, the only Black female legislator in the state, speaks during a news conference in September in Louisville, Ky. / AP

"Today's decision is not what justice for Breonna Taylor looks like," Scott said Monday in front of the Jefferson County Courthouse, WFPL reported.

"We are still fighting for justice for Breonna Taylor, but we are grateful these bogus misdemeanor charges were dropped," she added.

Scott, her daughter and others were arrested as they were attempting to enter a church shortly before Louisville's citywide 9 p.m. curfew was about to go into effect. The church was "providing refuge to protesters after curfew," according to The Associated Press.

The day before the arrests, a Kentucky grand jury announced that none of the three officers involved in the shooting of Taylor, a Black woman killed in her home, would be directly charged with her death.

One of the officers faces three counts of wanton endangerment for firing into an apartment belonging to a neighbor of Taylor's. Two other officers, including the one who FBI investigators said fired the fatal shot, have not been charged.

Taylor was killed in her apartment during a botched narcotics raid in March. Her death, along with others including George Floyd, Rayshard Brooks and Walter Wallace Jr., have become rallying cries during national protests demanding justice for Black Americans killed by police this year. 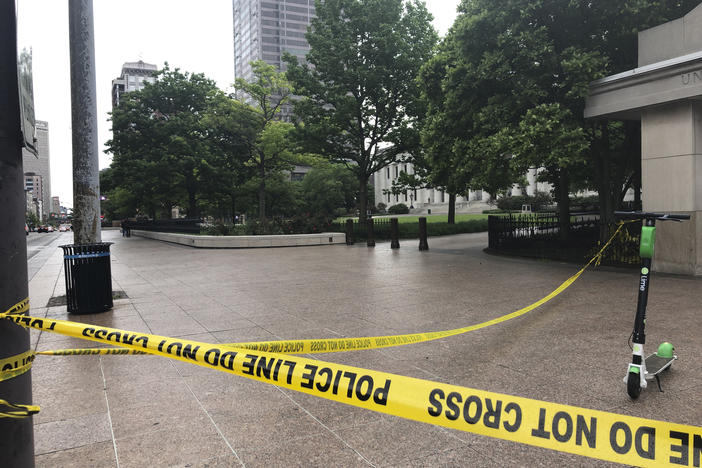 The Franklin County Sheriff's Office said a deputy shot and killed 23-year-old Casey Goodson on Friday. Law enforcement recovered a gun. His family's attorneys say he was licensed to carry a firearm. 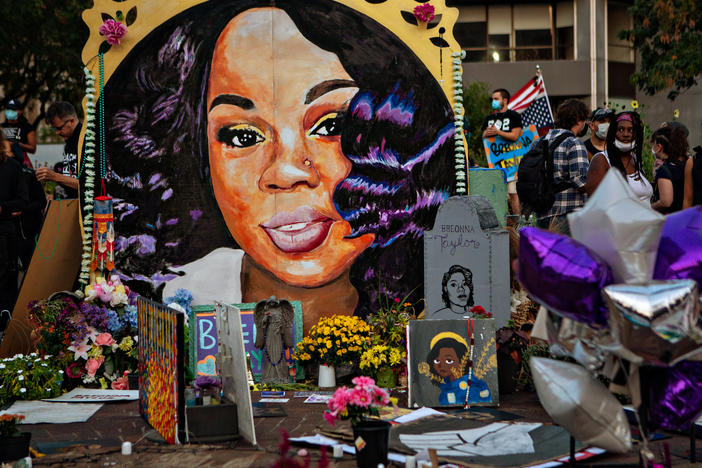 Taylor was shot and killed in her apartment by Louisville police last March. "I can't believe it's a year later and we're still just asking people to do the right thing," her mother said recently. 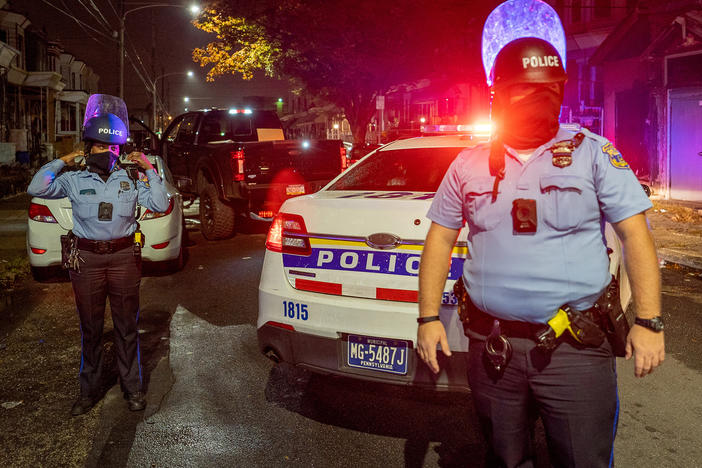