'To Heck With It': Conservatives Dump Facebook Over 'Censorship,' Flock to Parler 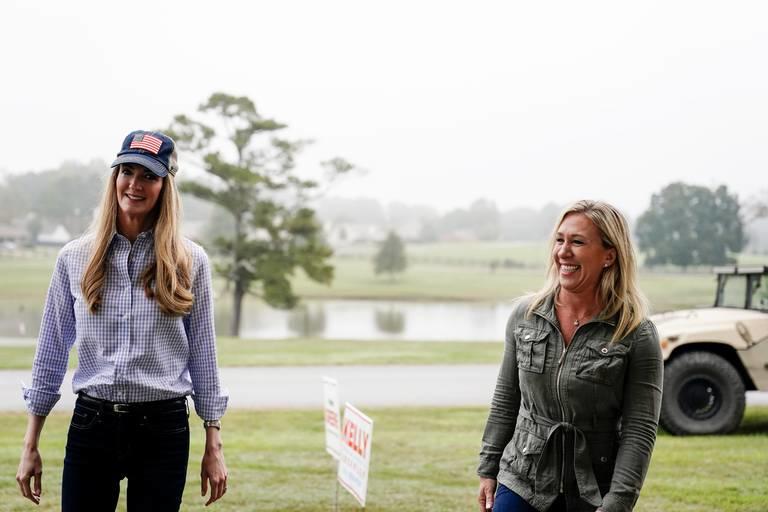 Faced with increasingly aggressive fact-checking efforts by Facebook and Twitter during the 2020 presidential election, conservatives in Georgia are flocking to alternative social media platforms, especially Parler.

Parler calls itself a “free speech social network.” Many of its new users are supporters of President Donald Trump who say that Facebook and Twitter are censoring conservative content, especially recent claims about fraud in the election. (Lawsuits and investigations by the Trump campaign in several states have so far failed to produce evidence of widespread fraud.)

In the week after the election, Parler gained about 3.5 million new users. Georgians talked about Parler on their personal Facebook pages and in groups for conservative politics.

“REMINDER! Make sure you start migrating to PARLER and RUMBLE for your social media fix! No censorship!!!” one man posted on Nov. 9.

Debbie Dooley, president of the Atlanta Tea Party Patriots and one of the administrators of the Grassroots group, said that on the Sunday after the election, Facebook blocked her from making posts in the groups she runs. “It looks like you hit one of our limits,” says the notification she receives whenever she tries to make a post.

She said she hasn’t been making more posts than usual and doesn’t understand why she’s been blocked from posting— the notice offers no more details.

“I just said, 'To heck with it,'” Dooley said. “If you’re gonna have that much censorship, transition over to Parler.”

Hans Klein, associate professor in the School of Public Policy at the Georgia Institute of Technology, said that mainstream social media platforms’ efforts to fact check and limit the spread of false information seemed destined to enrage at least some of their users. For example, people on the left have criticized social media platforms like Facebook for not going far enough to control right-wing conspiracy theories.

“Facebook is now tangled up in an impossible task, to filter out ‘bad speech’ or ‘false speech,’” Klein said. “If you don’t censor enough they’re pissed off, and if you do censor they’re pissed off and everybody’s angry. I think it’s actually an insoluble problem. You can’t get it right.”

What's Next For Parler?

Parler was founded in 2018 by a pair of software engineers in Nevada. Their goal was to create a platform with far fewer restrictions on speech than on mainstream social media platforms. QAnon posts, for example, thrive on Parler, after Facebook banned QAnon content and groups.

On Parler, posts that other platforms might deem hateful or violent are allowed to stay. White supremacist and anti-Semitic content abounds on some corners of the site.

Parler is not the first social media site to boast of its free-wheeling approach to content moderation. Gab, another “free speech” alternative to Twitter, was founded in 2016 and quickly became home to anti-Semitic, anti-Black and conspiracist content. That burst into public view in 2018, when the man accused of killing 11 people at a Pittsburgh synagogue was found to have a history of posting anti-Semitic, violent messages on Gab.

If Parler ends up being publicly associated with real-world violence, as Gab was with the Pittsburgh synagogue shooting, the company may decide to tighten content restrictions, said Colleen Sinclair, an associate professor of psychology at Mississippi State University who studies online information and influence.

“They find out they have to institute more regulations in order to not be held responsible or chastised publicly,” Sinclair said. “Ultimately to continue making profit, which is what businesses want to do, you have to try to branch into mainstream audiences.”

If Parler continues to attract a range of users, from white nationalists to mainstream Republicans frustrated by Facebook and Twitter’s handling of 2020 election content, it’s likely that people with more moderate views will be exposed to more extreme messages, Sinclair said. Then, they may share that content on other platforms, like Facebook, where it will reach even more people.

There are already rules even on Parler. The current user agreement says that Parler can remove content and block accounts “at any time.”

The company also has an unusually strict verification process. In order to send direct messages to other users, a Parler user has to upload a government-issued identification card as well as a selfie.

Perhaps the most famous Parler user from Georgia is Marjorie Taylor Greene, the newly elected congresswoman in the state’s 14th Congressional District. Greene received national attention for her embrace of QAnon, and she has a gold “influencer” badge on Parler. 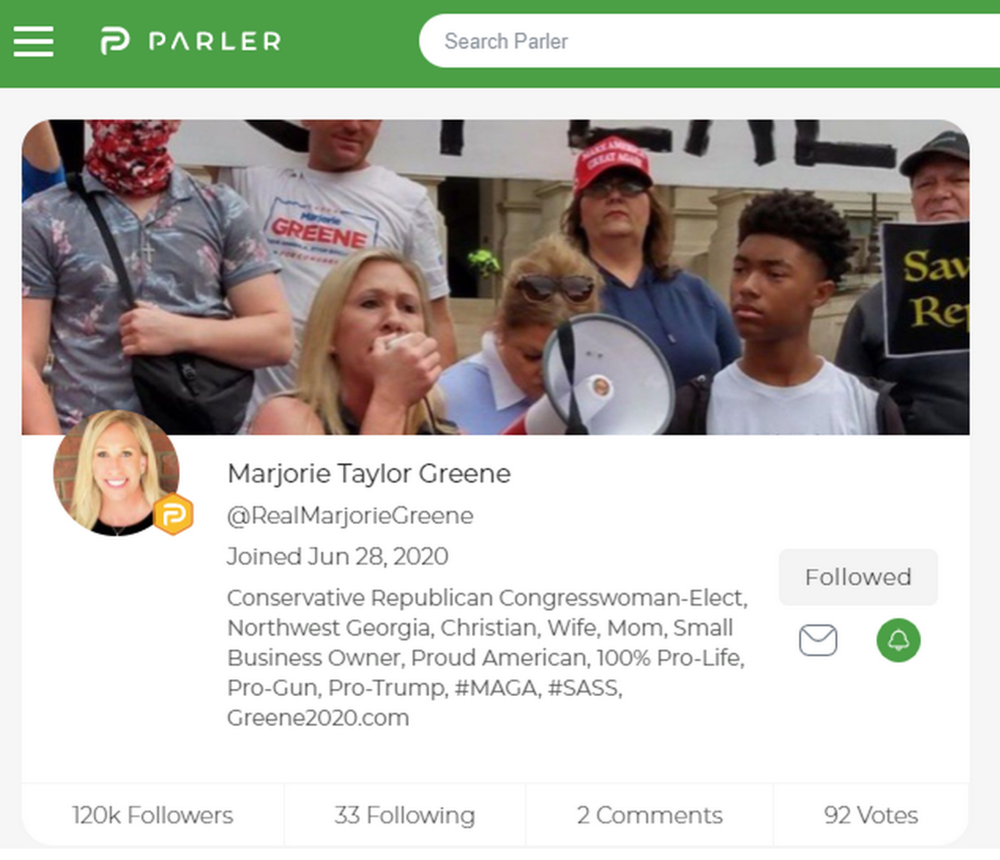 Marjorie Taylor Greene, elected to congress from Georgia’s 14th Congressional District this year, is one of the state’s more prolific Parler users. She made headlines nationally for her embrace of the QAnon conspiracy theory.

So far, though, her posts haven’t varied much across platforms. Earlier this week, she used both Twitter and Parler to tell U.S. Rep. Alexandria Ocasio-Cortez to “keep your communist little self in NY.” (Ocasio-Cortez is not a communist.)

An account purporting to belong to Gov. Brian Kemp has nearly 6,000 followers, but it isn’t verified. His office did not respond when asked whether the account belongs to him.

And there are several accounts that use the name David Perdue and pictures of the Georgia senator, but none of them are verified.

Perdue’s office did not respond to a question about whether any of the accounts actually belong to the senator.

Is A 'Mass Exit' Coming?

Parler is still ironing out some kinks, especially as the number of users has skyrocketed in recent days. Some users posted on Facebook that they were having issues accessing their accounts. And others have found that for all their frustration with Facebook, it’s still hard to find a real alternative.

Janice Westmoreland said she uses Facebook to organize real-world events for the Baldwin County Republican Party, of which she is the chairwoman. She hasn’t seen a way to replicate that on Parler.

“I didn’t even see where you could do a picture or gif,” she said. “It’s just right now, it’s so new to me… a lot of people are doing the echo thing, because I get like hundreds of notices. But it’s like ok, so now I’ve got another thing to do, go look at all that.”

Although Parler users planned a “mass exit” from Facebook (organized via a Facebook event) for Friday, Nov. 13, Westmoreland wasn’t among them.

Dooley, however, is hoping to be able to make a permanent switch eventually, though not right now.

“I think within a year, six months, you’ll have a lot of people off Facebook and Twitter and on Parler,” she said. “They’ve had so many people join Parler that it’s just overwhelming the system and they’ve got a lot of bugs they need to work out. And I think they will work the bugs out.” 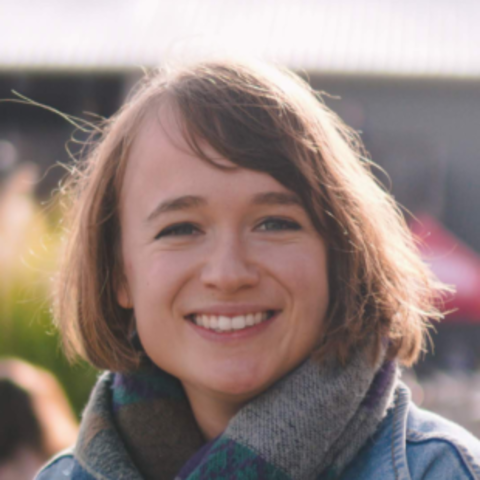 Isabelle Taft is a Report for America Corps member working for the Sun-Herald in Biloxi, Mississippi. Before joining Report for America, Taft worked as a researcher on Washington Post journalists’ book projects on Brett Kavanaugh’s confirmation battle and President Trump’s impeachment. Before that, she worked in Hanoi, Vietnam, as a copy editor at Viet Nam News and a freelance journalist, reporting for publications including Politico Magazine and the Christian Science Monitor. She has also reported for The Texas Tribune. Taft was born and raised in Atlanta and majored in history at Yale University, where she graduated magna cum laude and co-edited a magazine of narrative nonfiction, The New Journal. Her reporting on women and reentry from prison in New Haven won the National Council on Crime & Delinquency Youth Media award. 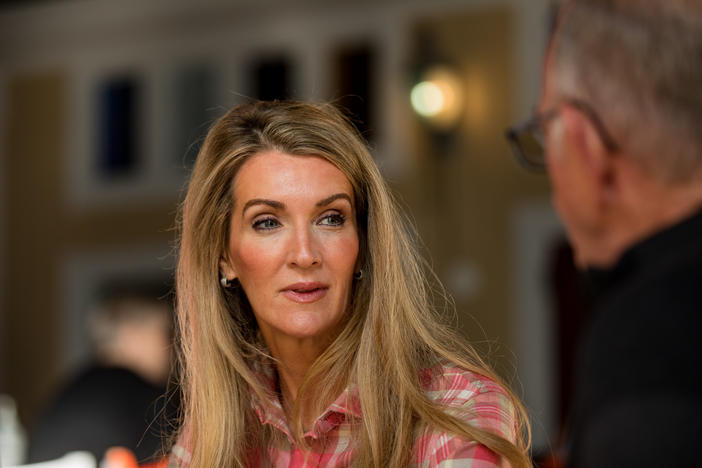 Ever since she lost her U.S. Senate seat to Democrat Raphael Warnock, Kelly Loeffler has been on a mission to boost Republican turnout at the polls. 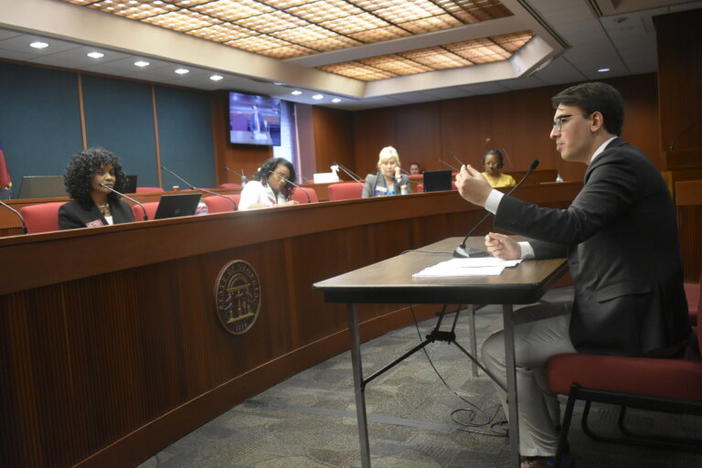 What should be the balance between the free speech rights of large social media companies and those of the people who use their platforms, and should the Georgia Legislature create rules to strike that balance?