New video game consoles from Microsoft and Sony are out this week — the latest installment in a long-running battle between two companies competing for dominance in the video game market.

A new generation of video game consoles is now here. Both Microsoft's Xbox Series X and Sony's PlayStation 5 hit stores this week. NPR's Vincent Acovino says this marks the newest chapter in an ongoing face-off between Microsoft and Sony.

VINCENT ACOVINO, BYLINE: At the start of the 21st century, Sony was firmly in control of the video game market.

UNIDENTIFIED REPORTER #1: That is PlayStation 2, the hottest game to hit the market.

UNIDENTIFIED REPORTER #2: Hey, Heidi (ph). That's right. Tomorrow morning at 8 a.m. at Target, it'll be packed with PlayStation 2 fans, and it's expected to be the biggest consumer launch in history.

ACOVINO: But less than a year later, Microsoft would release its first-ever video game console.

BILL GATES: You may have been wondering what this great device was here. And so for the first time, let me now unveil Xbox.

ACOVINO: The Xbox was big, ugly and powerful. Commercials from the time advertised a new dimension to console gaming, an emphasis on online multiplayer and connectivity.

UNIDENTIFIED PERSON: I just got into Xbox Live. Now, my gamertag, my online ID, is Dark Master.

ACOVINO: None of this was enough to topple Sony's reign at the time, but the Xbox did announce the arrival of a new competitor. And since then, the battle between Microsoft and Sony has been a hotly contested one. This year, both corporate titans are releasing their new consoles at a strange time - during the COVID-19 pandemic.

ACOVINO: Carter Rogers, an analyst at Nielsen's SuperData, says that despite all the economic insecurity that was brought on by the pandemic, video games are just as popular as ever and are facing even less competition from other entertainment like movies and live sports. Earlier this year, Nintendo Switch consoles saw hardware shortages as games like Animal Crossing: New Horizons posted record sales numbers. Rogers says these new consoles will likely fly off the shelves this holiday season.

ROGERS: For the next few months at least, it's purely a question of how many devices can be manufactured and shipped out.

ACOVINO: Chris Plante reviewed Microsoft's new Xbox Series X console for the website Polygon. He says that during the last console generation, Microsoft went all-in on the Xbox being an all-in-one entertainment device.

CHRIS PLANTE: Infamously, during their big reveal event, they spent the majority of an hour talking about everything but video games.

ACOVINO: But Microsoft's tune has now changed. Central to the plan this time around are lots of games, presented at an affordable price.

PLANTE: The biggest thing on Xbox right now is Game Pass, which is their version of Netflix for video games.

ACOVINO: For around $10 a month, Xbox offers access to a constantly updated library of over 100 games, including big-name franchises like Halo and Gears of War. However, there are not many new games to play, something that might change as the generation wears on, as Microsoft has made aggressive acquisitions of big companies - companies like Bethesda Softworks, who are the makers of the Fallout series.

PLANTE: And they are just gobbling up studios. People who like games like Fallout or Elder Scrolls - those games will now be part of Game Pass moving forward.

ACOVINO: So while Microsoft's strategy might feel less ambitious this time around, Sony is turning some heads with the PlayStation 5. That starts with the look of the console itself. It has a mostly white exterior and is one of the heaviest game consoles ever, making it the subject of many a meme.

ELISE FAVIS: I think my favorite is comparing it to a Stormtrooper.

ACOVINO: Elise Favis reviewed the console for The Washington Post. She calls it a sensory experience. That experience starts with an innovative new controller.

FAVIS: It has haptic feedback, which is basically a more sophisticated range of vibrations and sensations that you will feel in the palm of your hands. So for example, you can feel, like, the pitter-patter of raindrops.

ACOVINO: The system also features an impressive lineup of Sony exclusives, including Spider-Man: Miles Morales and a remake of Demon's Souls. But Chris Plante reminds us that if you can't get your hands on a new console this holiday season, it doesn't mean you're necessarily missing out.

PLANTE: I think the marketing machine of video games has broken our brains. There are great games coming out this fall. They're going to look amazing on the new consoles. You just can play them on your older system if you'd like that, too.

(SOUNDBITE OF DAPHNI'S "LIFE'S WHAT YOU MAKE IT") Transcript provided by NPR, Copyright NPR.

A previous version of the story referred to the game Demon Souls. The correct name is Demon's Souls. 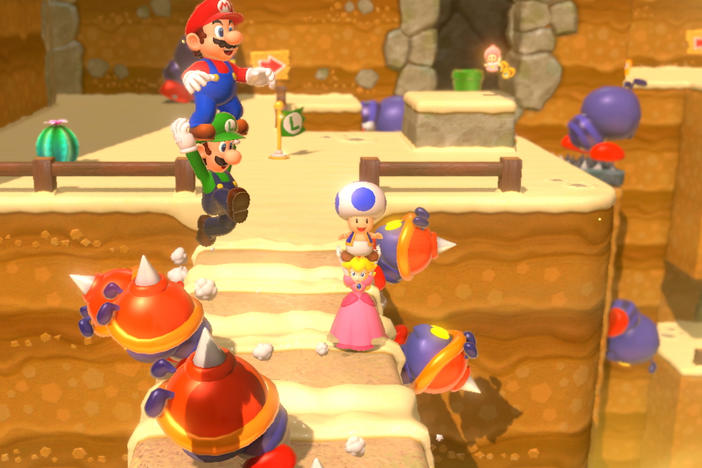 Nintendo's 'Super Mario 3D World' Gets Another Chance On The Switch

The original Super Mario 3D World was one of the many good Wii U games that never got a chance, because no one bought the console. Now, it's getting a new lease on life as a Switch re-release. 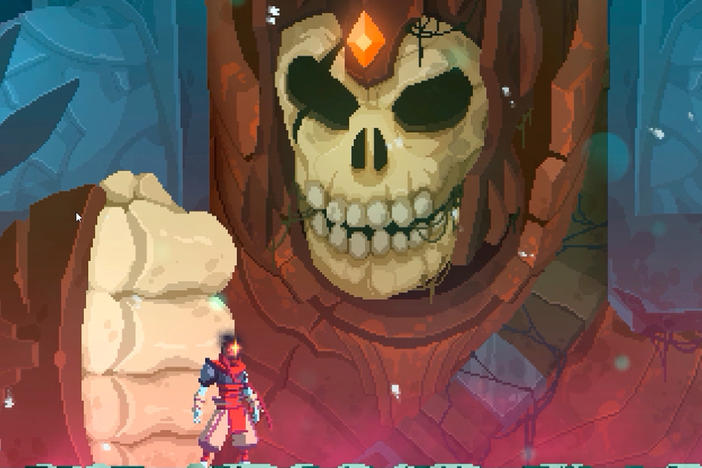 In 2020, Indie Games Were A Well-Deserved Distraction

2020 is almost over — and if you're anything like us, you spent a lot of time this year escaping into video games. Here are five favorite independent games that helped us get through the year. 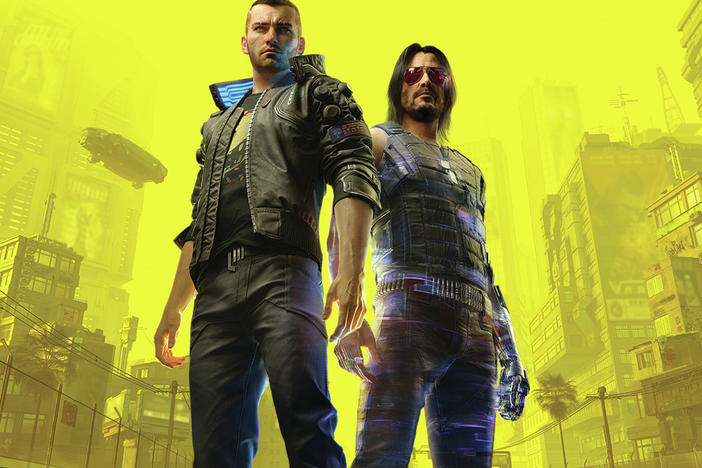 After A Swarm Of Bugs, Microsoft And Sony Offer Refunds On 'Cyberpunk 2077'