For Día De Los Muertos, Remembering Those Lost To The Coronavirus

The National Museum of Mexican Art in Chicago does an annual exhibit for the Day of the Dead. This year, it's centered on those who have died — and will die — in the pandemic.

This weekend, families across the country are observing Dia de los Muertos or Day of the Dead, the centuries-old Mexican holiday that celebrates the lives and honors the memory of those who've passed on. This year, though, is different because of the coronavirus pandemic, which has changed so many lives, of course, but has had an outsized impact on the Latino community in the United States.

So we're going to go to Chicago now to hear how the National Museum of Mexican Art is using its annual Day of the Dead exhibition to honor the more than one million lives that have been lost globally to the pandemic. Cesareo Moreno is the museum's chief curator, and he is with us now. Cesareo Moreno, welcome. Thank you for joining us.

CESAREO MORENO: Thank you. Thank you for inviting us. It's good to be here.

MARTIN: So could you just start by telling us a bit about Dia de los Muertos for people who might be less familiar with the holiday? I mean, I know it coincides with All Saints and All Souls Day, but it has its own unique origin, right?

MORENO: Yes, it is unique because of the fact that it's a combination of two spiritual belief systems, right? It's the ancient Indigenous cosmology and the Spanish Catholicism that was brought over with the arrival of the Europeans. And so it's combined together to form a very unique tradition and understanding and rituals that deal with the idea of life after death and, of course, remembrance of those people here on earth.

MARTIN: How is it typically celebrated? Like, if things were, like, let's go back to pre-COVID times, what would families normally do to observe this day?

MORENO: In Mexico, the way they do it is there's a public celebration and then a more private celebration. The public celebration is done at the cemetery. Everybody goes to the cemetery. They clean off the graves. The whole town will inhabit that place for the evening and wait for the arrival of the souls, kind of like going and waiting for somebody at the airport, at O'Hare Airport or whatever airport you fly into. And, of course, while they're waiting at the cemetery, there is singing. And there's crying. And there is drinking. And there are children playing. And it's just a beautiful overnight sort of celebration.

And then in the morning, once the sun starts coming up, people clean up a little bit, and then they start moving home. And then once you're in the home, you build or you construct an altar on which you ofrendas. These are offerings for those people. And so we remember them by remembering what they enjoyed while they were here on earth. So if somebody had a specific food that they liked, you would place that out on the altar as an ofrenda. You also put their photographs out. You share stories about them. And it really becomes a time to memorialize these individuals. You know, it's really important that we keep saying their names, we keep telling their stories and we pass these ideas on to the next generation.

MARTIN: So it's a way of really keeping them alive in a way. You remember who they were when they walked among us. You know, I know the museum puts on an exhibition to celebrate the holiday every year, but this one's a little different. Would you tell us a bit more about it? And why was it important for you and your team to focus this show around the pandemic and those who lost their lives to it?

MORENO: So this year, it's all virtual. It really, you know, it's not worth the risk. You know, in past years, we have honored people who have passed away in our community - leaders and everyday people. But we also include an installation every year, sadly enough, to tragedy. So we've had ofrendas in the past devoted to the people who have died in a hurricane or in an earthquake, people who have died crossing the border in the desert. We always acknowledge these social realities that are part of our life here in the United States. The difficulty with memorializing the COVID-19 tragedy is that we're still in it.

So the best way we could think of symbolizing that is with the numbers. And there's an installation right when you walk in. And the numbers are changing. They change the number every day. And it's a real sad reminder. I mean, it's more than just a number that's growing. It's lives that are affected and families. So we felt that it was very important to commemorate what is happening. And who knows? Maybe next year we'll have an installation that is in honor of the finite number of people who died from the COVID-19.

MARTIN: Well, thank you for this. But before we let you go, I'm just thinking back to something that you said at the beginning when I asked you to describe the Dia de los Muertos for us. And it's the sense that you said that people go and then they laugh and then they cry and they remember and they grieve. It is such a difficult time for people on so many levels for so many reasons. And particularly, as we said, some communities have been hit harder than others by this. And how do you hope people will receive this work? It's so complicated, you know. And it's - we all have so many feelings right now. How do you hope people will receive this work?

MORENO: I think everybody has the ability or everybody will at some point lose somebody that they love. And everybody will feel grief. And hopefully the Day of the Dead is a way of sort of not just coping but really kind of understanding a little bit more this idea - this universal idea of death, this reality and unfortunately what is happening right now.

MARTIN: That was Cesareo Moreno. He is the chief curator and visual arts director at the National Museum of Mexican Art. You can go on a guided tour of the exhibition "Solo Un Poco Aqui" through the museum's website from now until December 13 no matter where you are. Cesareo Moreno, thank you so much for talking with us today.

MORENO: Thank you. Thank you so much for having us. Transcript provided by NPR, Copyright NPR. 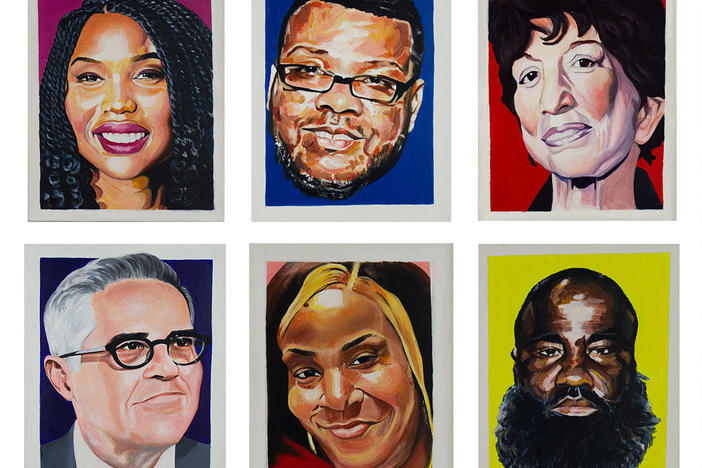 "I've been an artist since I was a child," says James "Yaya" Hough. After serving 27 years in prison, he is now the first-ever artist in residence at the Philadelphia District Attorney's Office. 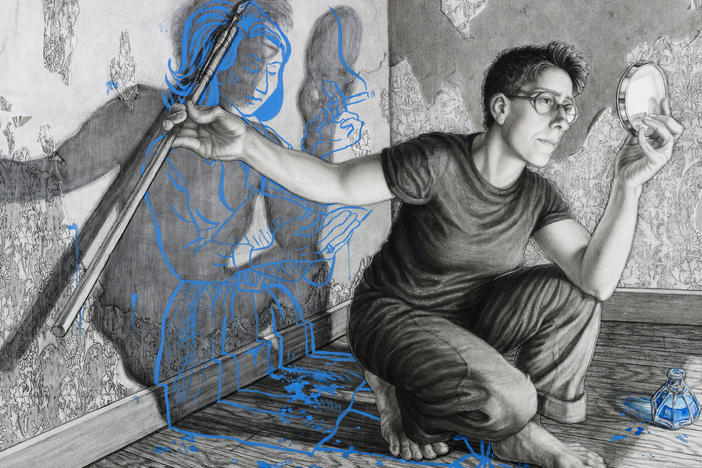 A new fund created by the Andrew W. Mellon and Ford Foundations awards unrestricted grants to fellows working in a range of disciplines including architecture, dance, multimedia and journalism. 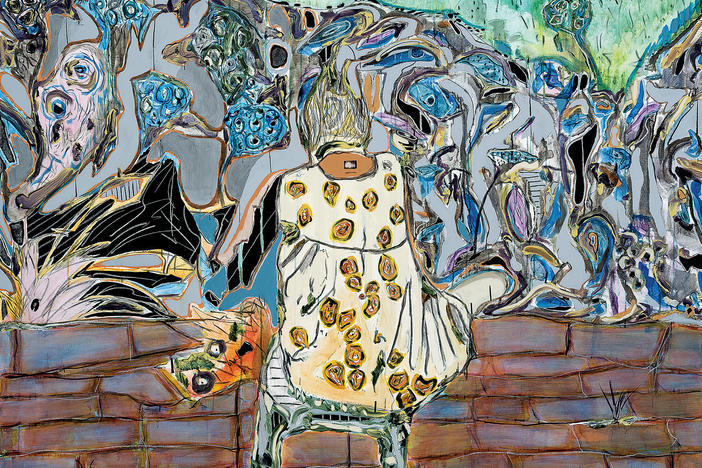 'Can I Make Sure That I'm Not The Only One?' Artist Helps Museum Diversify Collection

Museums are facing mounting pressure to make their collections more representative. At the Montreal Museum of Fine Arts, one artist created a fund to acquire other pieces by under-represented artists.