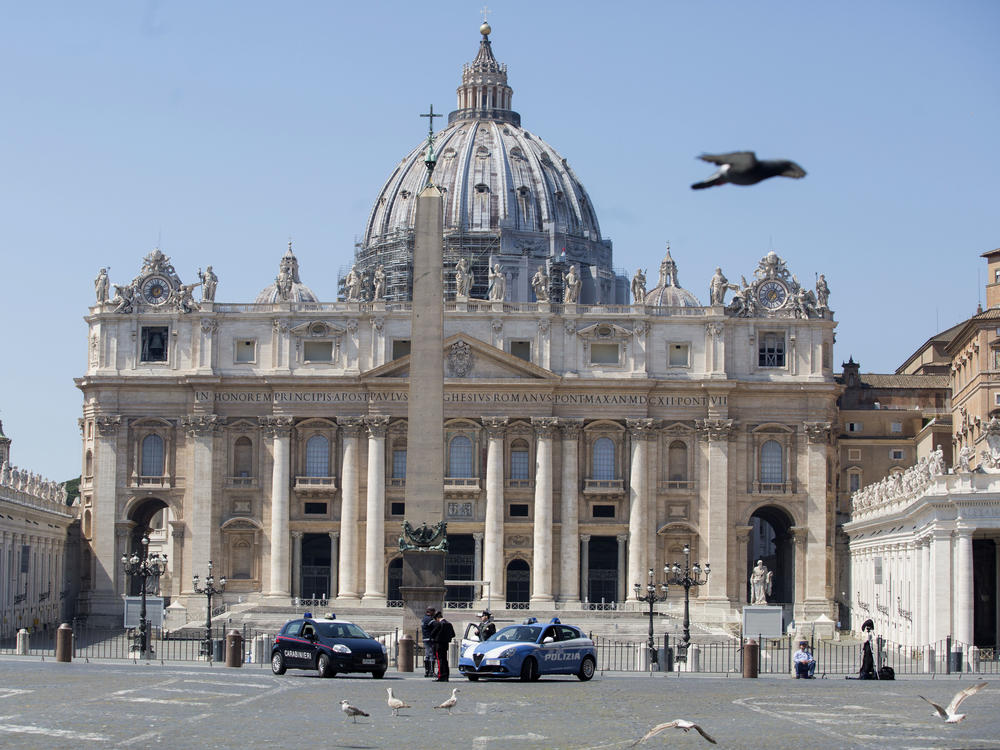 Two priests are going on trial in the Vatican court — one accused of sexually abusing an altar boy and the other charged with aiding and abetting the alleged abuse, which allegedly took place at the St. Pius X youth seminary. The seminary's residents are known as the "pope's altar boys" and serve Mass in St. Peter's Basilica. / Bloomberg via Getty Images

An unprecedented trial is underway this month at the Vatican, the result of a whistleblower going public.

It's the first criminal trial for sexual abuse to take place in the Vatican court. 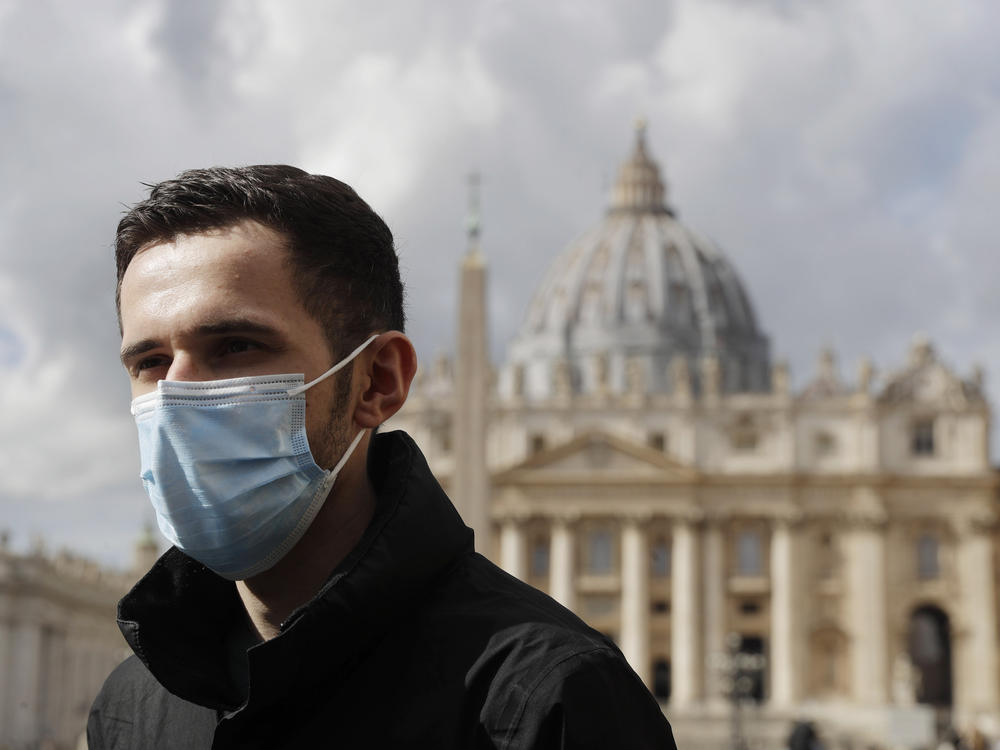 Whistleblower Kamil Jarzembowski meets journalists outside St. Peter's Square at the Vatican on Oct. 14. He reported the abuse to Roman Catholic Church authorities in 2012. In 2017, he went public. "I saw my roommate being abused by another seminarian," he told an Italian investigative TV program. "I was scared. I didn't understand. It was the first time I saw two people having sex." / AP

The crime scene is the closed world of the St. Pius X youth seminary, whose residents — some as young as 11 — are known as the "pope's altar boys." They serve Mass in St. Peter's Basilica and are considering becoming priests.

One person closely following the trial from the U.S. is Anne Barrett Doyle, the co-director of BishopAccountability.org, which tracks clerical abuse cases around the world.

The Vatican trial is being run by the Roman Catholic Church, she notes, not a secular court. "So the first question will be, can the judge be impartial?" she says.

"The elephant in the courtroom is why this took so long," she says. "The trial should have happened years ago, when the whistleblower first went to church authorities."

The whistleblower — the alleged victim's roommate — is Kamil Jarzembowski, who was 15 at the time. In 2012, he reported the abuse to church authorities. He received no response and at the end of the academic year was kicked out of the seminary.

"I saw my roommate being abused by another seminarian," he told an Italian investigative TV program. "I was scared. I didn't understand. It was the first time I saw two people having sex."

Over the course of the first academic year of the alleged abuse, the whistleblower said, he witnessed his roommate being raped at least 100 times — more or less every other day.

The alleged abuser is the Rev. Gabriele Martinelli, 28, who was a seminarian and has since become a priest. The other defendant is the 72-year-old Rev. Enrico Radice, the seminary's former rector — who is charged with aiding and abetting the alleged abuse. The defendants will take the stand when the trial resumes on Tuesday. Neither has yet entered a plea.

The presiding judge, Giuseppe Pignatone, is a prominent Italian magistrate, formerly one of Italy's leading anti-mafia prosecutors. The pope appointed him president of the Vatican criminal court last year as part of his reforms of Vatican bureaucracy.

"As long as the Vatican views pedophilia as a crime against God and not against the individual," says Zanardi, "no verdict can provide justice for the victim."

If the court finds the two defendants guilty, Barrett Doyle says, the Vatican must also hold their superiors to account.

"It is really crucial," she says, "that the church itself investigate the whole network of people who failed this victim and who intimidated the whistleblower." 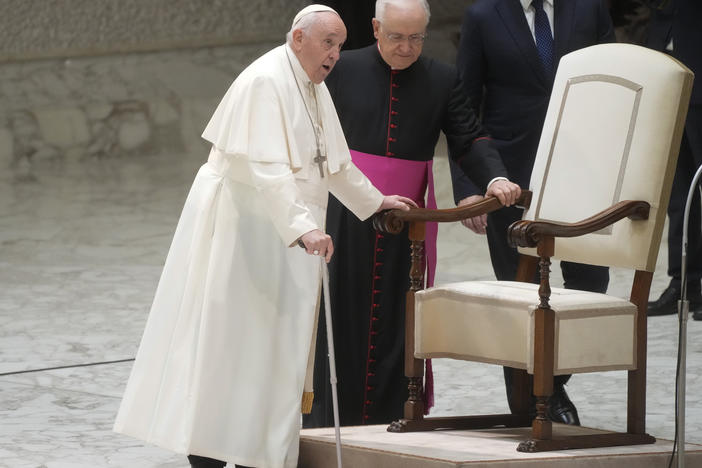 Pope Francis has revealed in an interview published Sunday that shortly after being elected pontiff in 2013 he wrote a resignation letter in case medical problems impede him from doing his duties. 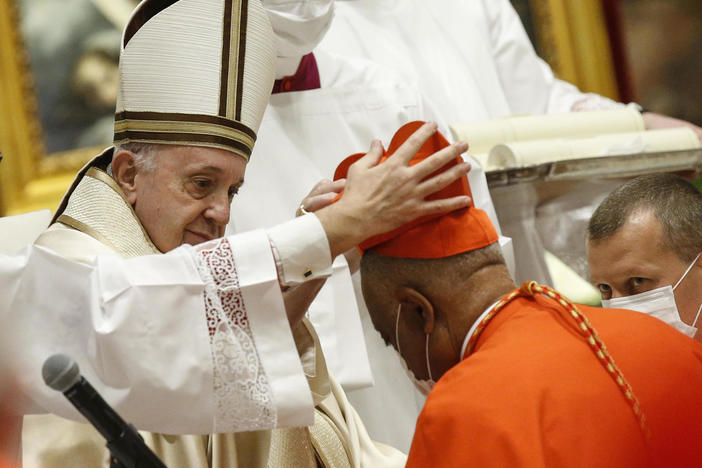 Wilton Gregory, the archbishop of Washington, D.C., is among 13 church leaders elevated to cardinal at a ceremony at the Vatican on Saturday. 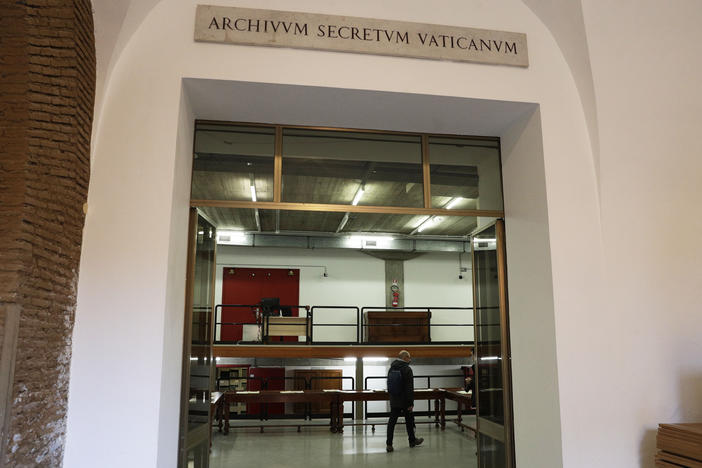 The Vatican has long maintained that Pope Pius XII did everything he could to save Jewish lives, but newly unearthed papers have renewed accusations of complicit silence against him.