100 Million Ballots, But Experts Say 'Heaven And Earth' Being Moved For Election Mail 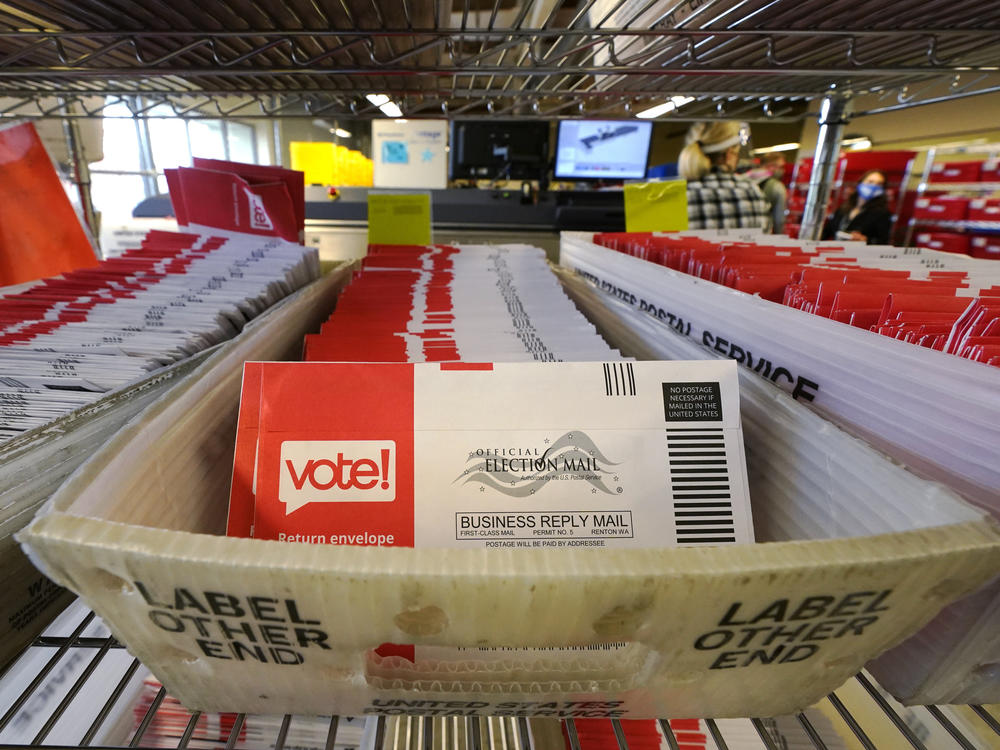 With Nov. 3, the last day of the presidential election season, rapidly approaching, officials with the U.S. Postal Service say they have already processed a record amount of election mail this year.

The coronavirus pandemic has pushed many more voters to send in their ballots by mail. USPS officials say 100 million ballots have already been sent to or from voters. And while there have been delays reported in a number of key states, experts say that voting by mail has gone relatively smoothly so far.

Postal Service officials say they have made election mail their No. 1 priority this election season and are delivering on that promise.

"The Postal Service will not leave anything on the playing field" when it comes to delivering the nation's election mail, says Kristin Seaver, the Postal Service's retail and delivery chief, speaking at a briefing for reporters Thursday.

Postal Service officials say that altogether, they have moved more than 500 million pieces of election mail so far, including ballots and flyers from various candidates. That figure represents a 162% increase from the 2016 election.

Mark Dimondstein, the president of the American Postal Workers Union, says postal workers feel as if they're in the middle of a storm, but things do seem to be working.

"All the reports that we're hearing are generally positive that the election mail, both to and from the voter, is given great priority. All the mail is being treated as first class mail," Dimondstein says, adding that workers "have extra eyes on the mail, extra scrutiny, making sure it gets cleared every day and making sure that ballot gets to its final destination to make sure it's counted. So we are moving heaven and earth."

The Postal Service, in part because of court orders, has reversed some of the procedures instituted by Postmaster General Louis DeJoy that critics say were slowing the mail. It has stopped removing sorting machines and blue sidewalk mailboxes, restricting overtime and leaving behind late-arriving mail from distribution centers — at least until after the election.

DeJoy has been a big-dollar donor to Republicans, including President Trump.

Democrats on the Senate Homeland Security and Governmental Affairs Committee, however, say on-time, first-class mail deliveries in several districts, including in the swing states of Pennsylvania and Michigan, are still below 80%.

The committee's top Democrat, Sen. Gary Peters of Michigan, sent a letter to DeJoy this week "to raise concern and demand you take all necessary actions to reverse mounting mail delivery delays."

Seaver says the Postal Service will be taking "extraordinary measures" in the week before the election, including making extra trips between post offices and boards of elections to ensure election mail is delivered on time.

"Election mail will not be delayed," she says. "The Postal Service is committing all available resources to ensure the timely movement of all election mail, and we have the methods and the mechanisms to do so.

Seaver says some facilities are operating at "COVID pandemic levels" because of staffing shortages. The Postal Service, she noted, continues "to work with our local communities, particularly those hardest hit by the COVID-19 pandemic, to ensure that they have the resources and the assistance to affect continuous postal services throughout their community."

The interest and enthusiasm about this year's election has also led to record early in-person voting and use of drop-off boxes, taking some of the pressure off the post office.

Amber McReynolds, who heads the National Vote at Home Institute, says that as far as election mail is concerned, "so far, so good" and that she's not aware of mail-related problems.

"It seems to me that most people are getting through the backlogs," she says. "In some states, you can still request a ballot. So if people are going to do that, they should do that as soon as possible because the clock really is ticking."

Meanwhile, the Postal Service is reminding voters in states where their ballots must be postmarked by midnight on Election Day to make sure to drop them off before the last mail pickup. 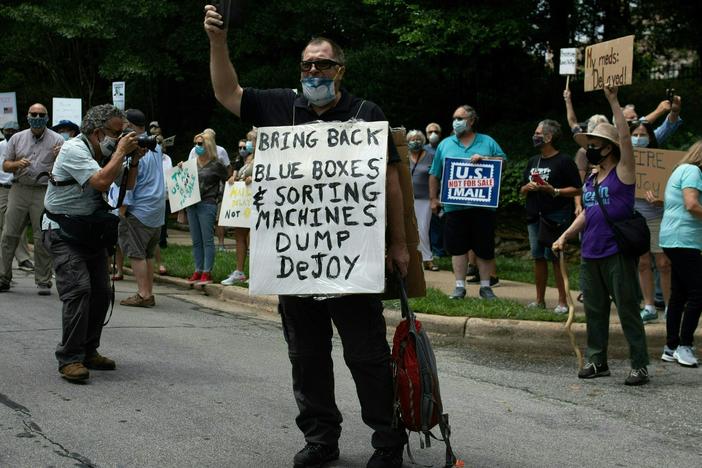 Speaker Nancy Pelosi is calling the House back to vote on blocking the U.S. Postal Service from making operational changes that threaten the timely delivery of mail-in ballots in November's election. 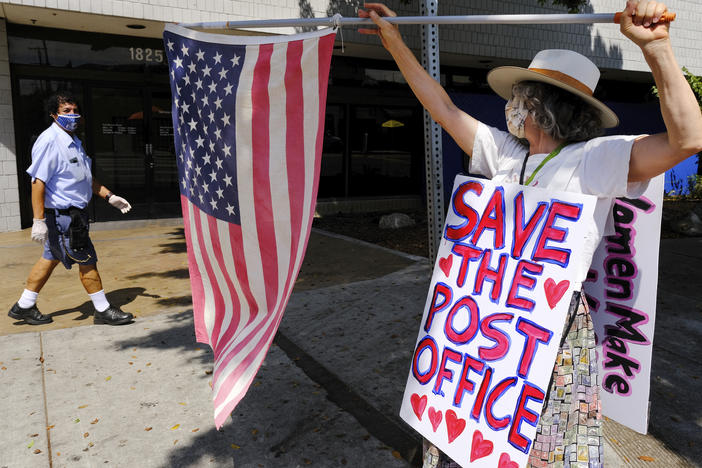 Democrats Warn Of 'Assault' On The Postal Service As Election Nears

Lawmakers worry that changes made by the new postmaster general will make it more difficult for people to vote in the presidential election. 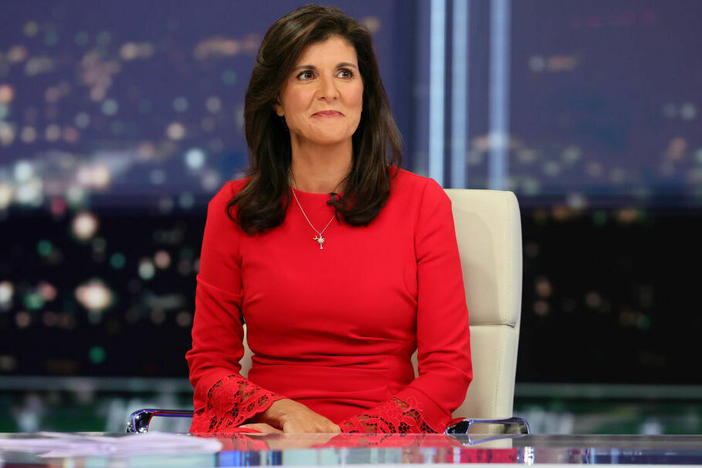