Arkansas Attorney General Leslie Rutledge describes the reasoning behind the antitrust lawsuit against Google filed by the Justice Department and 11 state attorneys general.

The Department of Justice is suing Google, accusing it of being, quote, "a monopoly gatekeeper for the Internet." Google's worth about a trillion dollars, which is very big, and the DOJ says it's abusing its dominance over smaller rival companies. Google's chief legal officer Kent Walker calls this lawsuit deeply flawed in a statement. Eleven Republican state attorneys general joined that suit, including Arkansas AG Leslie Rutledge, who's on with me now. And before we start talking, I want to note that Google is a financial sponsor of NPR. Good morning, Ms. Rutledge.

LESLIE RUTLEDGE: Good morning. Thanks so much for having me on today.

KING: Of course. State attorneys general, I should say, were investigating Google. What is the most compelling evidence that investigation uncovered that says to you, what Google is doing is illegal and we should sue the company?

RUTLEDGE: Look - right. When people Google something, they believe that it's free to Google and that they're going to get the best products brought up to them on that search engine. But what we have found through those investigations is that Google has manipulated those search engines. They have exclusivity contracts. Essentially, when you buy an Apple product, it automatically defaults to Google. And when you type something into Google and it populates, you may not be getting the best products or the best services to you; rather, you're getting what Google wants you to see. And that's what's so concerning, is that they control 90-plus percent of the market space in the search engine world.

KING: I'm going to get to the point you're making about default in just a moment. But a thing that I am very curious about - have you gotten specific complaints from your constituents in Arkansas saying, Google is making it hard for me to do X, Y and Z in a way that is illegal?

RUTLEDGE: Well, we receive thousands of complaints every single week - some, you know, about search engines, some about robocalls. And so I don't have those in front of me, unfortunately, right now. But, yes, we receive complaints about people not being able to find or perhaps their products not being populated - you know, why is my product, why are my services 10 - on Page 10 of a Google search when it's clearly the most popular product and it should be on Page 1?

KING: OK. Let's move to the question of it being the default search engine. So one of the main arguments in favor of Google, the argument that Google would make, is it is free in the sense that I am not paying anything when I, you know, Google my name, for example - which I try not to do. It is the best - that's Google's argument. And if you want to change your search engine, Google says, here's how you do it. In fact, in their statement responding to the lawsuit, they actually have instructions on how to change a search engine from Google to, say, Bing. Why don't you buy that?

RUTLEDGE: Well, it is the default. And the reason why we don't buy it is because, again, like I said, they control 90% plus of the market space in this area, and so it's not hard to shut out competition when you've already shut out competition. And people - Google has now become a verb. It's not simply a noun. It's not simply a company. It's a verb. And so people use it to describe - even if they were using Bing or some other search engine, they will say, well, let me Google that, and they might go to Bing. They're not going to say, let me Bing that. And it has become kind of a...

KING: Wait. It's not illegal for Google to be a verb. I mean, I get what you're saying.

KING: But that's not illegal.

RUTLEDGE: No, it's - that's not illegal, but the deceptive trade practices - and that's why we're bringing this antitrust lawsuit, stating that - and pushing out the competition where there can be no competition is illegal. And that's why we've worked with the Department of Justice, Attorney General Barr and these other 10 states to bring this suit against Google. We want Americans to have the best products and the best services.

I know if my 2-year-old daughter gets sick at night and I'm searching - I'm Googling, if you will - to find a pediatrician or how to help her, I want the best doctor and the best medication. I don't want what Google says is best; I want the actual best. And that's what every American wants when they look for something. We don't want something free just because it's free. We want the best that's free.

KING: The lawsuit talks about the need for, quote, "structural remedies," but then it doesn't offer any details. What are the structural remedies that you envision? Are you talking about breaking apart parts of this business?

RUTLEDGE: Not necessarily, no. Not at all. I think it's allowing more competition to come in. There are so many new and innovative models for search emerging, but in order for those models to have a chance, we need Google to break its stranglehold over the Internet. So it doesn't mean breaking apart the company; it means breaking apart the stranglehold, breaking apart that 90-plus percent of the marketplace.

KING: You're talking about Google doing something voluntarily, which many businesses would argue that it is not in their interest and they shouldn't do it. Let me ask you about something - about who's joined this suit. So it's 11 Republican state attorneys general. No Democrats just yet, as I understand it. Historically, Republicans have not been in favor of many types of government regulation of private business. The Trump administration often is not. What makes this particular case different?

RUTLEDGE: Well, we would strongly encourage our Democratic colleagues from across the country to join these efforts. I know that we've been in conversations with them. And so this doesn't necessarily have to be a partisan effort. We would love for it to be a bipartisan effort. And, yes, while Republicans - we are not fond of overregulation by government. However, when you have companies or big tech companies who are shutting out competition or who are impacting individuals' free speech rights, then, yes, we will step in, and that's our job as the chief law enforcement and the chief legal officers of our respective states and working with the Department of Justice.

KING: Are you considering signing onto any similar lawsuits against other tech giants? So Facebook, Apple and Amazon spring to mind.

RUTLEDGE: Well, it has been concerning in recent weeks and months with what we're seeing from big tech companies who are blocking speech on their platforms, speech that is not necessarily violent or destructive, but rather speech that they do not agree with. And so we want all Americans, whatever platform they're using, to be able to exercise their free speech and to be able to use these platforms and to not be shut out simply for political reasons, as - you know, and right now we are approaching the November 3 election. Many people are already voting absentee or early voting in states. And these signs of big tech companies blocking speech has become very concerning. It is something that we are talking about on a national level.

KING: I will say that we would need to look a bit further for evidence for that, as our tech correspondent Shannon Bond has pointed out. Leslie Rutledge, attorney general for Arkansas, thank you so much.

RUTLEDGE: Thank you. Have a great day. Transcript provided by NPR, Copyright NPR. 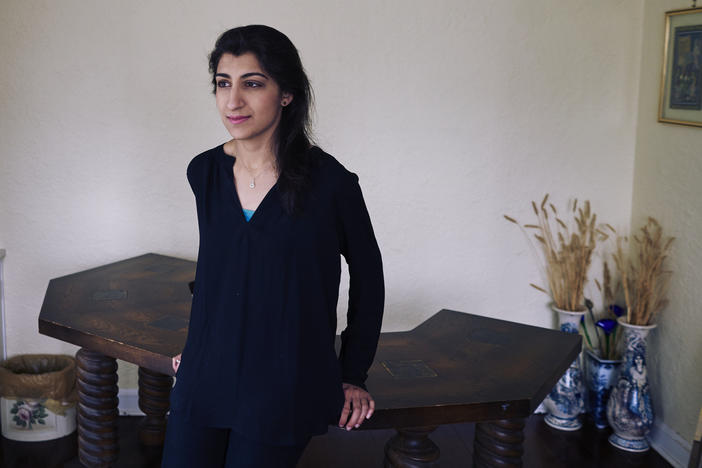 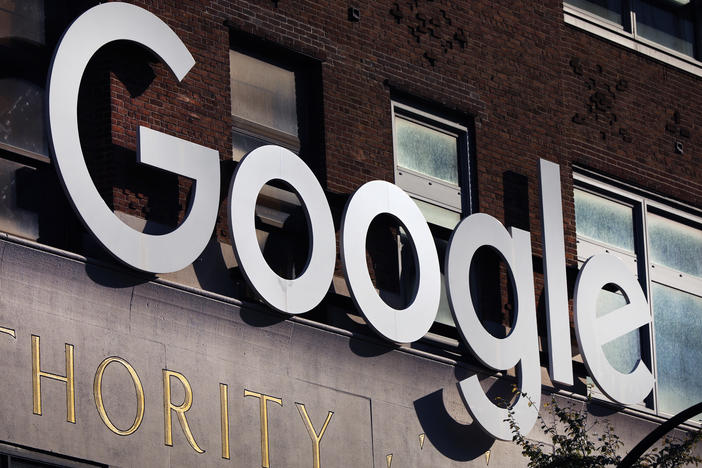 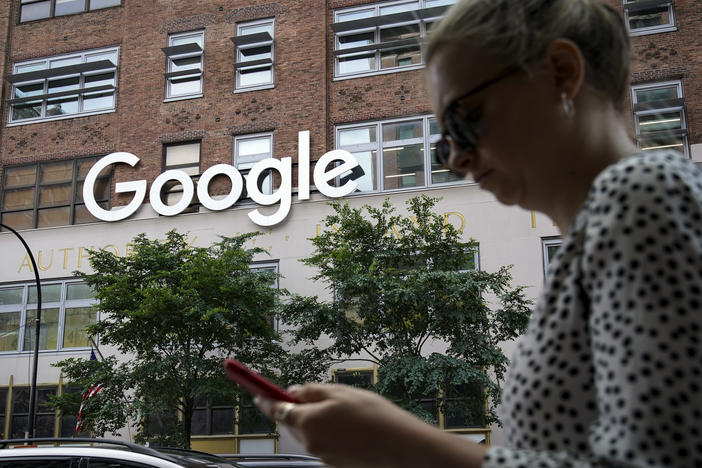 The antitrust lawsuit against Google is the most significant action the federal government has taken against a technology company in two decades. Google calls the lawsuit "deeply flawed."