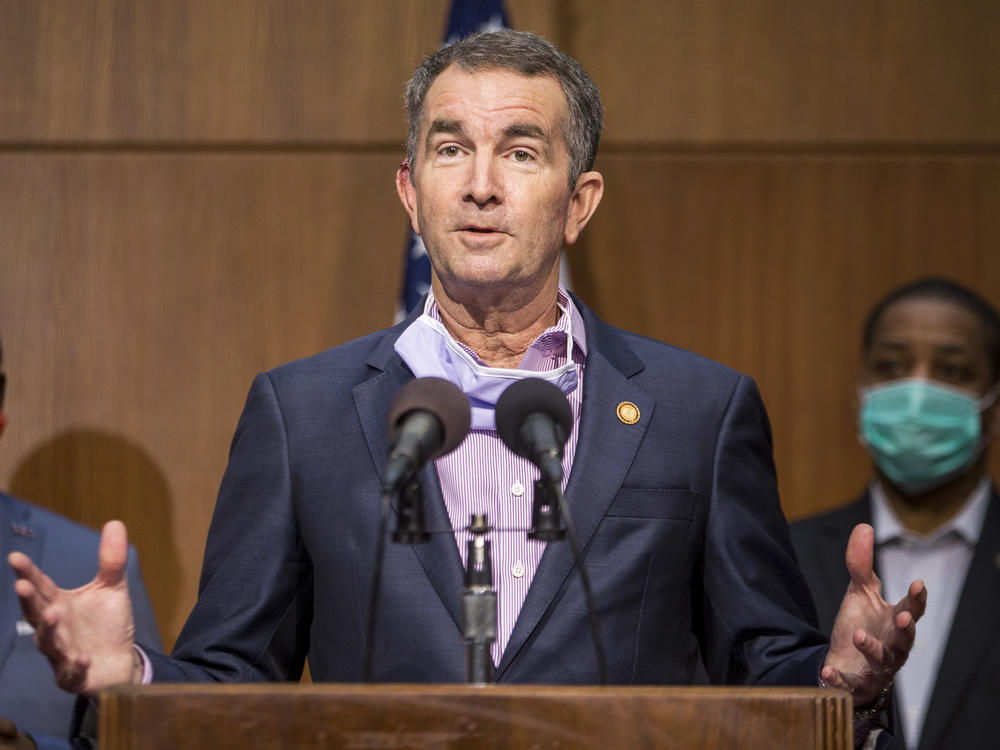 Virginia Gov. Ralph Northam was mentioned as a potential target for kidnapping when a group met to discuss plots to punish governors for their response to the coronavirus, the FBI says. Northam is seen here at a news conference in June in Richmond. / Getty Images

The testimony came during a hearing Tuesday in federal court in Grand Rapids, Mich., as part of the Justice Department's case against six men charged with conspiring to kidnap Michigan Gov. Gretchen Whitmer.

At the hearing, Special Agent Richard Trask testified that two of the defendants, Adam Fox and Barry Croft, attended a meeting in June in Dublin, Ohio, with members of militias from four or five states.

"At that meeting, they discussed possible targets, taking a sitting governor, specifically issues with the governors of Michigan and Virginia based on their lockdown orders," Trask said.

Trask did not say whether any of the attendees ultimately took any action toward potentially targeting Northam, and no one has been charged with any threats against him.

Whitmer and Northam, both Democrats, have faced resistance in their respective states to measures they've taken to try to curb the spread of the coronavirus.

In a statement, Northam spokesperson Alena Yarmosky said the FBI alerted key members of the governor's security team during the investigation, but neither the governor nor other members of his staff were informed.

"At no time was the Governor or his family in imminent danger," Yarmosky said, adding that security has been beefed up for Northam and his family.

She also tried to pin some of the blame for the alleged conspirators on President Trump.

"Here's the reality: President Trump called upon his supporters to 'LIBERATE VIRGINIA' in April — just like Michigan," she said. "In fact, the President regularly encourages violence against those who disagree with him. The rhetoric coming out of this White House has serious and potentially deadly consequences. It must stop."

After the Ohio meeting, Croft and Fox allegedly linked up with self-styled militia members in Michigan. Court papers say they discussed various plots, including storming the state Capitol by force, before settling on the idea of kidnapping Whitmer at her vacation lake home.

The defendants allegedly conducted military-style training exercises to prepare. Trask said those included drills on how to clear a building and how extract a person from it. On two occasions, some of the men allegedly cased Whitmer's vacation home to figure out how best to pull off the kidnapping.

The sixth defendant in the case, Croft, is being held in Delaware.

Last year, Croft was pardoned for several criminal offenses that reportedly include assault and having a firearm during the commission of a felony.

Another seven men face state terrorism charges; they are either members of a group called Wolverine Watchmen or are associates of that militia.

"There has been a disturbing increase in anti-government rhetoric and the re-emergence of groups that embrace extremist ideologies," Michigan Attorney General Dana Nessel said Thursday.

Both Virginia and Michigan have been hot spots for protests over government shutdowns and other restrictions meant to slow the coronavirus.

Criticizing Trump's remarks on white supremacists in the first presidential debate, Whitmer said his widely condemned "stand back and stand by" comment about the Proud Boys has been taken by hate groups as a rallying cry, not a rebuke. 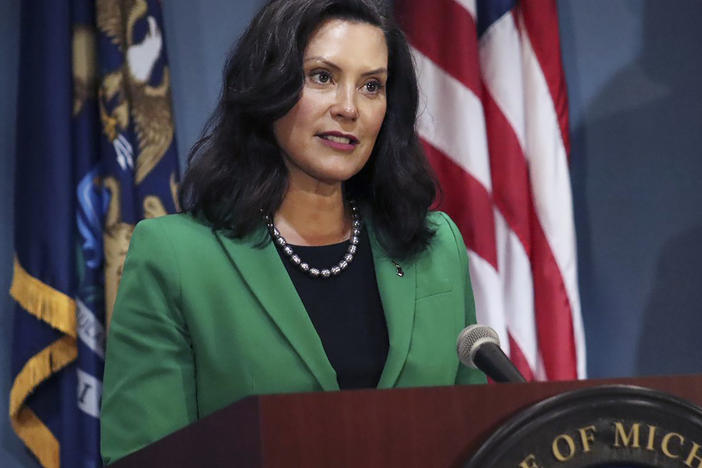 Whitmer: 'Not Going To Be Bullied' Over Michigan Coronavirus Restrictions

Michigan Gov. Gretchen Whitmer issued a "three-week pause" to curb coronavirus cases in the state. A Trump administration official encouraged residents to "rise up" against the restrictions. 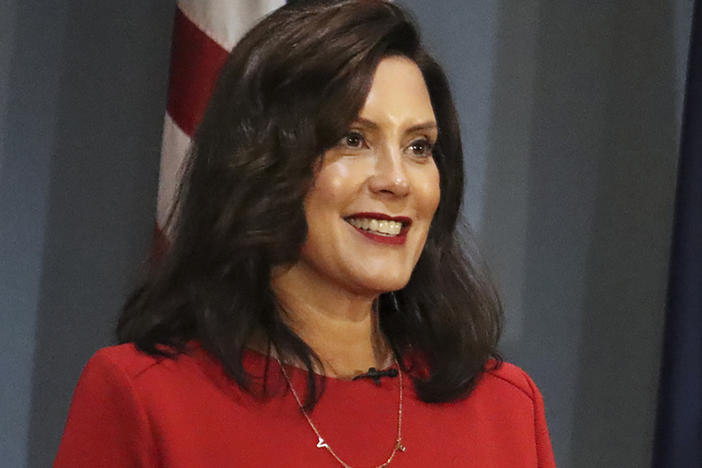 "I'll be honest, I never could have imagined anything like this," Gov. Gretchen Whitmer says. Over the summer, conspirators allegedly began training for a potential attack. 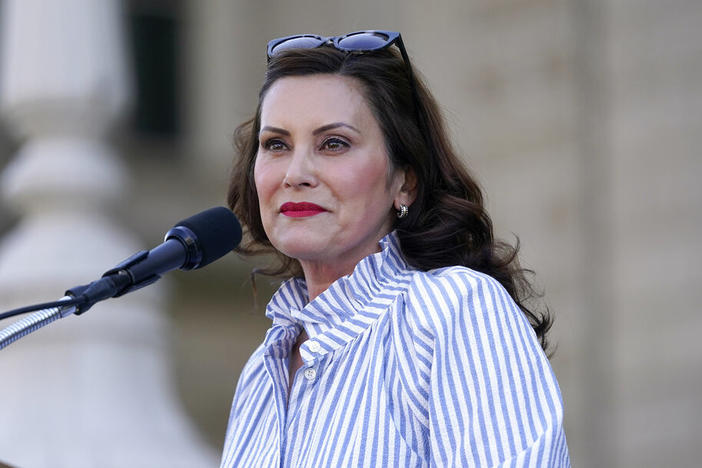 Michigan shapes up as one of the next abortion battlefronts

Gov. Gretchen Whitmer tells NPR that abortion-rights supporters are fighting on all fronts to keep a 1931 ban from going back into effect.