President Trump's alarming rhetoric on race is a feature of his 2020 campaign. His actions have normalized racist fringe ideologies and encouraged extremists, according to critics.

President Trump's rhetoric on race is ramping up in advance of the election. His critics say he normalizes hate speech and negates the experiences of Black and brown Americans. NPR's Leila Fadel reports.

LEILA FADEL, BYLINE: Trump halted racial sensitivity training for federal workers and contractors last month. On the debate stage, this was his explanation.

FADEL: The training? It aims to create inclusive work environments for everyone. At a rally in Bemidji, Minn., last month, he said this to the almost exclusively white crowd.

FADEL: The racehorse theory - a belief from the discredited and discriminatory eugenics movement that some genes are superior to others. Again, last week in Minnesota, he seemed to imply, quote, low-income people and minorities in the suburbs are "ruining the American dream." And Democrats are calling the president racist. This week, Michelle Obama said he's scapegoating Black and brown Americans.

MICHELLE OBAMA: What the president is doing is once again patently false. It's morally wrong. And, yes, it is racist, but that doesn't mean it won't work because this is a difficult time, a confusing time.

FADEL: It's an accusation Trump's campaign says is a, quote, "pathetic attempt to negate his incredible accomplishments for Black America by labeling him something he's not." But critics point to the language Trump is using, like the racehorse theory, which echoes the early 20th century when eugenics shaped Nazi Germany's policies. It was behind the forced sterilization of women in places like North Carolina and Puerto Rico, says Ange-Marie Hancock Alfaro. She's a professor of political science and gender studies at the University of Southern California.

ANGE-MARIE HANCOCK ALFARO: Now, most recently, we started to hear reports of women in ICE detention who were being sterilized without informed consent and certainly against their will.

FADEL: Alfaro says Trump's ramping up the tone of his successful 2016 campaign, and there are real-world ramifications. Chief among them, the normalization of racist, fringe ideologies.

HANCOCK ALFARO: There's been this emboldening of violence, this emboldening of a certain kind of rhetoric that I think really could become a problem. So even if there is a peaceful transfer of power in January, we do have to be very concerned about the legacy of what we've seen over the past four years.

HANCOCK ALFARO: It's no accident that all of these kind of flagrant comments, which feel really spontaneous, they all cohere around a narrative of elevating white Americans as the real Americans and around excluding those who don't fit into that as unworthy or unequal.

FADEL: He's not the first president to be accused of using dog whistles and race in his campaign. One example - Jimmy Carter, a Democrat. In 1976, during his campaign, he warned about low-income housing in suburbs and used terms like ethnic purity and Black intrusion when discussing all-white neighborhoods. Petrzela says Trump's language is a strategic attack...

HANCOCK ALFARO: On the idea that we must take seriously the experiences of people of color and the exclusion and racism that they have faced as a kind of defining aspect of American society. And so that's what he's attacking.

FADEL: M.E. Hart is an attorney who's conducted hundreds of racial sensitivity trainings.

M E HART: The trainings are designed to help people understand and work better across cultures.

FADEL: He was diplomatic in our first conversation, but after watching President Trump refuse to condemn white supremacy during the debate last week - he later did on Fox News - and then again attacked mail-in voting as fraudulent with zero evidence, Hart's diplomatic tone disappeared.

HART: The president laid down the gauntlet. And I'm concerned for the safety of American citizens regardless of race, gender, ethnicity. Every American should be concerned when our president is using race to divide us.

FADEL: It's the day after the election he's worried about. 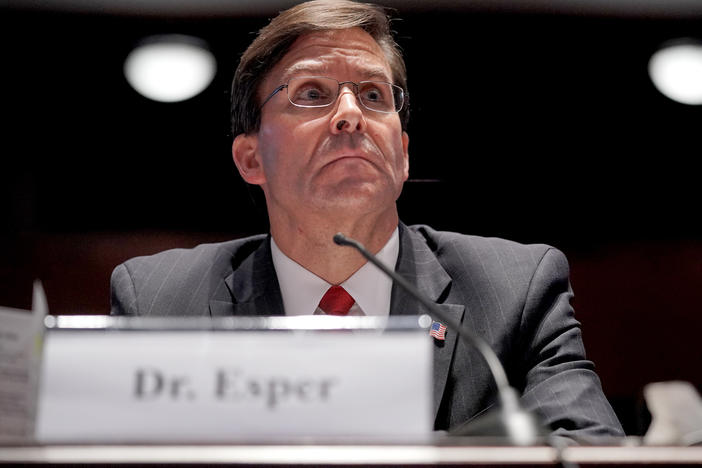 Secretary Esper has kept a letter of resignation on hand since the summer, when he and the president disagreed over the use of active duty troops to put down street protests. 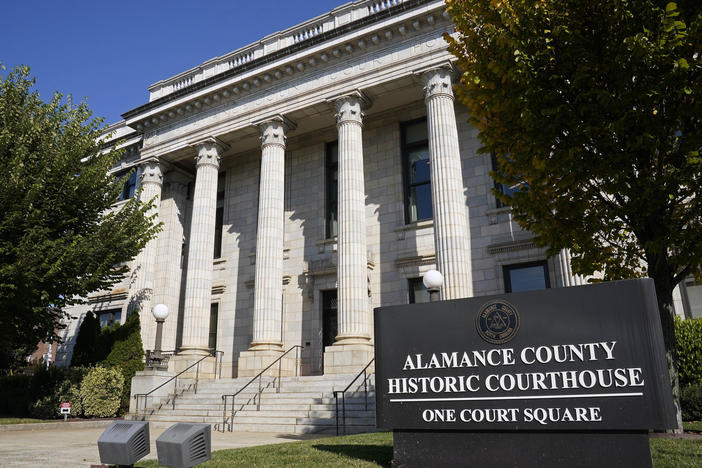 According to video posted online and witness accounts, police in Graham, N.C., used pepper spray on a march to drive voter turnout. Activists say at least 17 people were arrested.