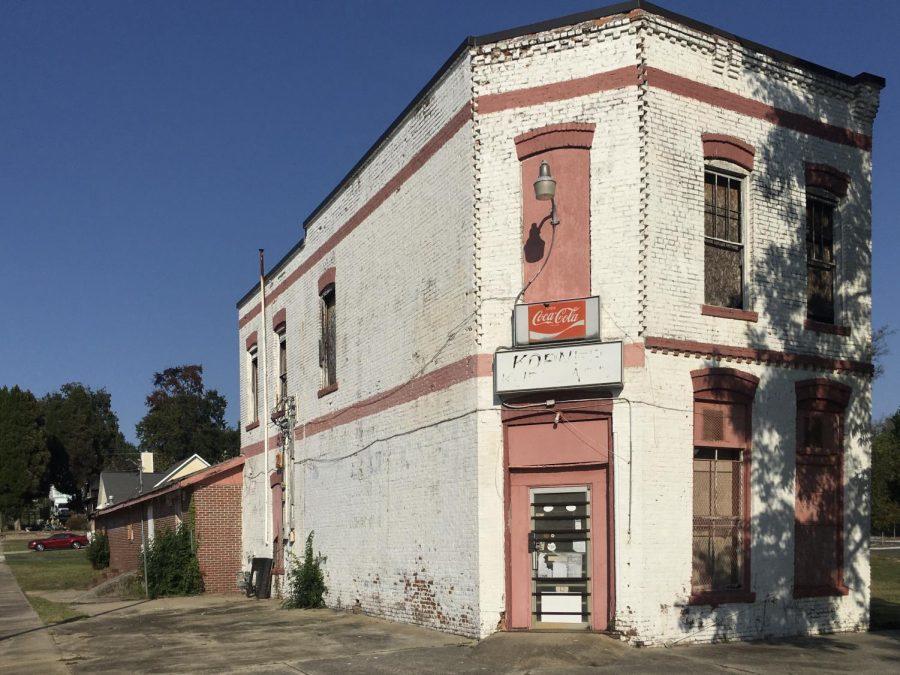 Caption
Mamas Rogue Southern Cooking restaurant will open around fall of 2021 at the corner of Calhoun and Hazel streets in Beall’s Hill.
Credit: Liz Fabian

“This is the first building I’ve seen and fell in love with,” Garlington told the Land Bank Authority this summer.

The two-story, brick business with its angled entrance also was love at first site for chef Robert Fisher who was searching for a home for his catering business and new restaurant.

In May, Fisher’s neighbor and former Historic Macon property director Chris Howard told him about the old Korner Kupboard at 1182 Calhoun Street.

“I didn’t even know the building existed,” said Fisher, who was scouting locations at the time. “I looked at him and I almost had tears in my eyes.”

The next day, when Fisher first walked through the door, he could envision his “Mamas Rogue Southern Cooking” restaurant. A couple of days later, he submitted a 27-page proposal to buy the building at the corner of Hazel Street.

“This is an exciting time and I can’t thank the people enough who helped make this a reality,” Fisher posted on Facebook after signing the deal in August. 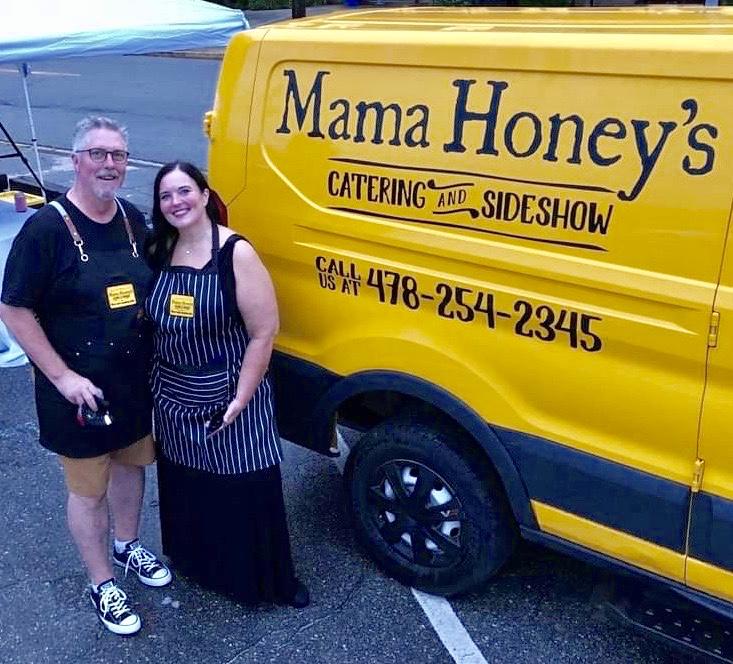 Monday, the Design Review Board gave its blessing to the project by issuing a certificate of appropriateness for the project.

Will Stanford of BTBB architects told the board they plan to turn the building into something that’s good for the neighborhood.

“It’s an eyesore and it’s becoming dilapidated but we’re not going to let it get there,” Stanford told the board. “We’re going to bring new life to it and infuse new life into the area.”

The board gave its unanimous approval and sent it to the Planning and Zoning Commission to be ratified next week.

“I’m just really thrilled to see this property is going to be used after many years of being with Historic Macon,” said Design Review Board member Carrie Robinson. “It’s really wonderful.”

Since 2005, when work was beginning in earnest on Beall’s Hill revitalization, historic preservationists saved it and have been looking for a suitable occupant for the circa 1889 building.

“(Beall’s Hill Development Corp.) acquired the property because it’s such an anchor to the neighborhood,” Garlington said. “In my history here, we’ve never seen a bonafide plan.”

Garlington was impressed by Fisher’s “really robust” proposal. The chef communicated his intentions to his new neighbors as he hosted about 20 neighbors this spring. He’s also held a couple of “pop-ups” offering samples of boiled peanuts and coffee.

Historic Hills & Heights, the public-private housing partnership that currently oversees development in Beall’s Hill, paid to stabilize the building in recent years and also signed off on Fisher’s plan.

Historic Macon placed covenants on the property to make sure Fisher will do the necessary renovations up to standards for historic properties.  He is applying for historic building tax credits.

“If they don’t do the work, there’s a claw back that we get the building back,” Garlington explained to authority in June.

The property includes a one-story brick addition built in the late 70s that will serve as a catering kitchen as well as the preparation site for restaurant meals. Work will begin there first so Fisher can partially move in with his Mama Honey’s Catering and Sideshow. He anticipates the restaurant to be ready by late next summer or early fall.

Fisher plans to reroof both buildings, repair the windows, add ramps, some parking and a back deck. A new 53 foot by 44 foot, 6-foot-tall fence will enclose a future vegetable garden and staff break area.

A sense of community

The restaurant will seat 60 people downstairs, including a 6-person bar with beer and wine service. He plans a “general store” motif with servers modeling the look of old timey clerks.

Upstairs, a community room with a small stage will be available at no charge.

“I’m a big proponent of giving back,” Fisher said. “That room upstairs, when we open up the windows… should have an amazing view of Mercer.”

Fisher also purchased a 1920 Beall’s Hill house that he is renovating a couple blocks away. He’s excited that his new neighbors will smell the meat cooking and be able to walk or bike to Mamas for a bite to eat.

There’s no apostrophe in the name because the eatery is named for multiple relatives.

“I have photos going back four generations of women in my family that were very strong women,” he said.

To further bring the community together, he will be collecting 1970s era photos of other folks’ mamas to adorn the walls of the restaurant, he said.

Although he studied cooking at the University of South Carolina, Fisher said he is not a traditionalist in the kitchen. He has a unique gift.

Some may have photographic memories, but he has telepathic taste buds.

“I can look at a recipe and tell you what it’s going to taste like, almost like muscle memory,” Fisher said. “Rogue Southern Cooking is based on traditional recipes and twisting them up.”

He’s dabbled in the kitchen since he was 16 but it was his special recipe, sriracha-based  rub for pork butt that kicked off his catering career. “Mama Honey’s Hiney Rub – the best rub for your butt” will no doubt be a key ingredient when Fisher fires up the three Assassin smokers he ordered for the restaurant.

He’ll have several regular menu items plus seasonal favorites that change each quarter.

The mixed-housing Beall’s Hill neighborhood, which is one of Macon’s only integrated historic districts, is about a mile and a half from the heart of downtown. In the streets between Orange Terrace, College St., Telfair/First St. and Elm St., historic buildings date back from the 1860s to the early 1900s and are complimented by new construction this century.

Fisher’s discovered lots of locals don’t really know much about Beall’s Hill, much less where it is. He hopes his new restaurant will help put the neighborhood on the map.

“I love Beall’s Hill. It’s such a different part of Macon. It’s like a secret.” 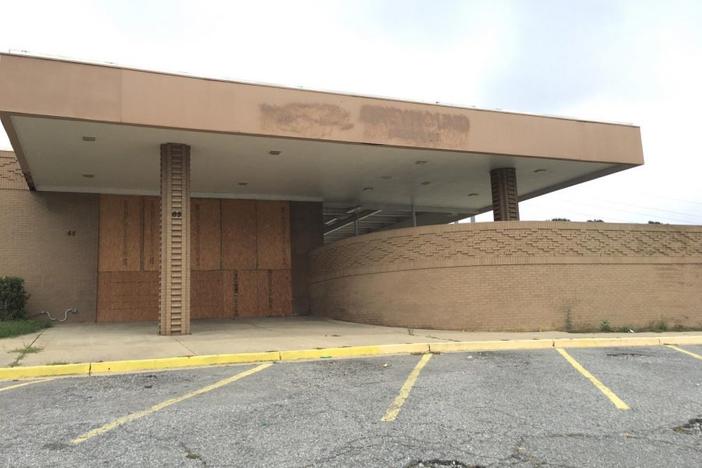 There are new plans to put a liquor store in the old Greyhound bus station near the corner of Spring Street and Riverside Drive. 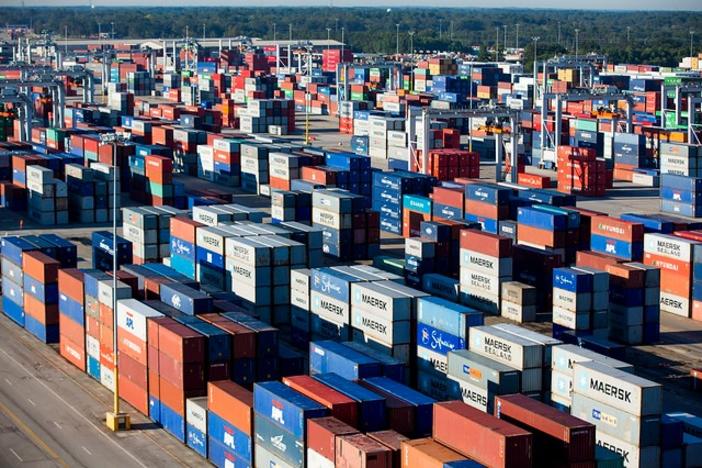 Georgia Ports Bouncing Back From Pandemic

Georgia’s deep-water ports are recovering quickly after taking some hits during the early months of the coronavirus pandemic, the head of the Georgia Ports Authority (GPA) said Thursday.

The number of twenty-foot equivalent container units (TEUs) the Port of Savannah handled during the last fiscal year fell from 4.5 million to 4.4 million, largely due to the pandemic’s impact on business last spring, Griff Lynch, the authority’s executive director, said during his annual State of the Port address. 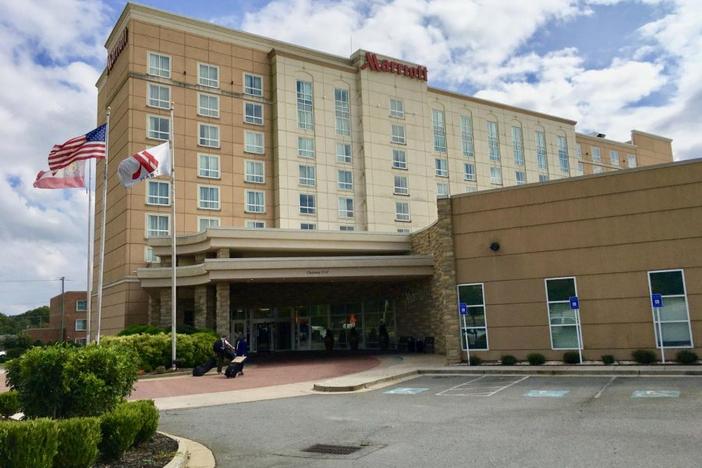