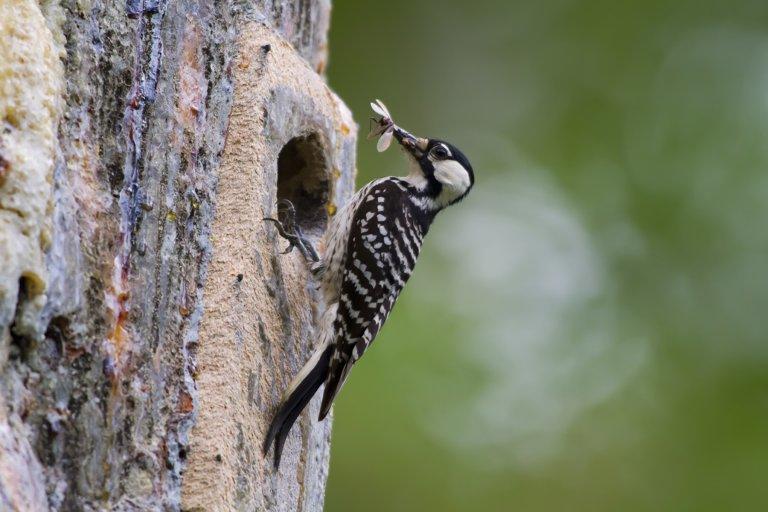 The Trump administration has proposed reclassifying the red-cockaded woodpecker as a "threatened" species with specific protections.

A rare bird in Georgia is making enough of a comeback for the Trump administration to propose moving it off the federal endangered species list for the first time in 50 years.

The red-cockaded woodpecker would move to the federal “threatened” list under a proposal announced Friday at Fort Benning, which has served as a refuge for a bird that, unlike other woodpeckers, spends years boring cavities into living pine trees. The proposal will soon go through a 60-day public comment period.

Secretary of the Interior David L. Bernhardt, Secretary of Agriculture Sonny Perdue and other federal officials celebrated the proposal as a conservation success story.

“I think most of us can say that once something gets on there, it never gets off,” Perdue said of the endangered species list. “But I think this is a great example of down-listing due to population growth by virtue of what our soldiers at Fort Benning, our landowners and others have done in order to restore that population.”

The birds are small – usually about the size of a cardinal – and often confused with downy woodpeckers. The cavities they carve into trees are later used by a range of other animals, like squirrels and frogs, giving the birds an important role in Southern pine forests.

Once common throughout the Southeast, the red-cockaded woodpecker numbered as many as 1.6 million groups – or family units – before European settlement brought severe habitat loss for a bird that prefers mature longleaf pine trees. Commercial timber harvesting, the turpentine industry, urbanization and agriculture also contributed to the near disappearance of the bird’s favored centuries-old trees.

That’s why the 102-year-old Fort Benning in west Georgia – with its vast forested land – has been able to support the red-cockaded woodpecker as its population recovers. The Army base is home it about 412 breeding groups. Two decades ago, Fort Benning reported about 153.

“While a small group of soldiers may occasionally visit the training areas here, it is the animal life and plant life that really own it,” Donahoe said. “So, we can use this opportunity to extend safeguards of our ecosystems and protect otherwise endangered species while we train amongst it.”

Donahoe said the post’s conservation efforts cost about $1 million a year. Fort Benning has also donated some of its resident birds to help build up the population in other areas.

When the red-cockaded woodpecker was deemed endangered in 1970, the population had hit an all-time low of about 1,470 clusters.

There are now likely two to five times the number of clusters, according to the U.S. Fish and Wildlife Service. The agency reports an estimate of about 7,800 active clusters across 11 states from Virginia to Texas.

Although on the rebound, the red-cockaded woodpecker is still a fragile species. Special protections are proposed for the bird as it loses its endangered status, including prohibitions on harming trees where the woodpecker has painstakingly dug out cavities, harassing the birds during breeding season and the use of insecticides near where the birds are nesting and roosting. 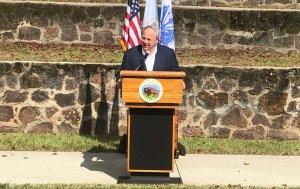 Secretary of the Interior David L. Bernhardt says the proposal to reclassify the red-cockaded woodpecker represents a change in how the agency deals with regulation.

Bernhardt, who has led the U.S. Department of the Interior since last year, said the proposal also marks a change in how the agency deals with regulation.

“What we’ve been able to do with this proposed rule is carefully craft and carefully tailor a proposed rule that will focus our energy and resources and time on those items that we think we will best further the recovery of this important species,” Bernhardt said.

“Prior to that approach, our default rule was to treat threatened species exactly the same as endangered species for requirements but by focusing them, we think we’ll end up with bigger conservation benefits over the long term,” he said.

“We are looking forward to that next shared milestone – the day when the red-cockaded woodpecker has flourished to the point where we can remove them entirely from the list of endangered species due to recovery, as we have done so with the bald eagle, the American alligator and so many more,” U.S. Fish and Wildlife Service Director Aurelia Skipwith said. 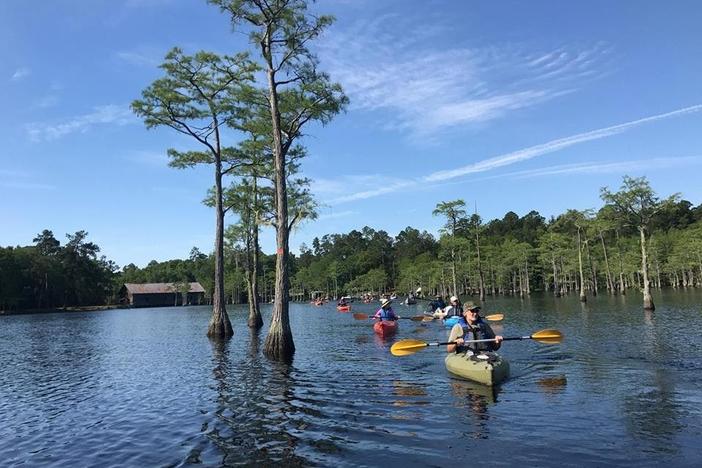 The agency is set to consider granting a relaxed wastewater permit for a textile mill in southeast Georgia that was at the center of the state’s largest fish kill on record in 2011.