Drop Boxes Roll Out Ahead Of Nov. 3 Elections 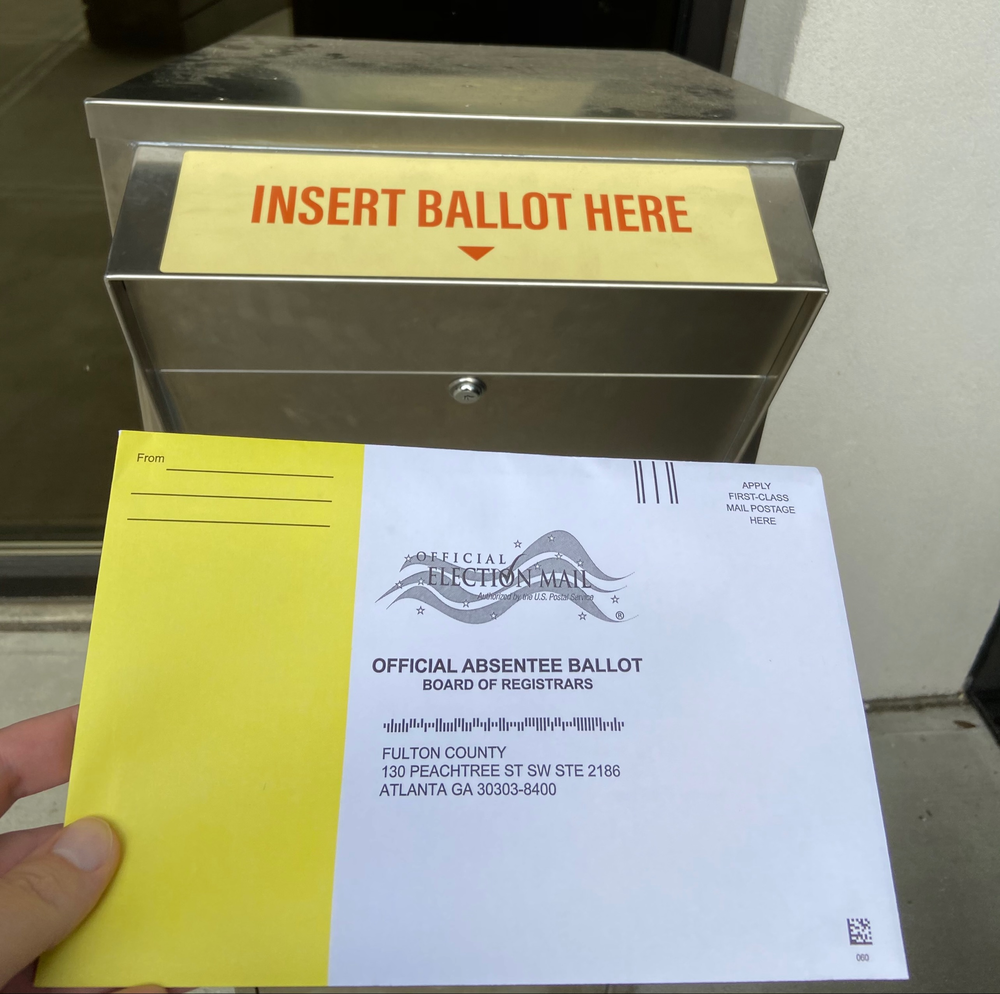 The drop boxes are anchored to the ground, monitored by constant surveillance video and can only be opened by a team of two poll workers. They will be emptied at least once every 72 hours until Oct. 26, after which they will be emptied every 24 hours.

Drop boxes to deposit absentee ballots ahead of the Nov. 3 general election have been set up by the dozens across Georgia as an option for voters who prefer not to show up in-person at a polling place during the COVID-19 pandemic.

First rolled out for the June 9 primaries, the secure drop boxes have been installed in roughly three-fourths of Georgia’s 159 counties over the past few months. They are located on government properties like county elections offices, courthouses, city halls and local commissions.

So far, around 1.2 million Georgians have requested absentee ballots for the Nov. 3 election, according to Georgia Secretary of State Brad Raffensperger. State election officials expect to see record turnout for the coronavirus-troubled election.

Many of those asking for absentee ballots were voters who voted by mail for the primaries in June and opted to automatically receive an absentee ballot for November. Others have used the state’s new online portal to request a mail-in ballot.

The drop-box option has been pitched as a way to motivate more Georgians to vote early in the general election rather than flood polling places on Election Day. Officials expect long lines even with a large vote-by-mail and early voting campaign.

The drop boxes are anchored to the ground, monitored by constant surveillance video and can only be opened by a team of two poll workers. They will be emptied at least once every 72 hours until Oct. 26, after which they will be emptied every 24 hours.

“Everyone is working together to make sure we have as smooth a process as possible,” Raffensperger said.