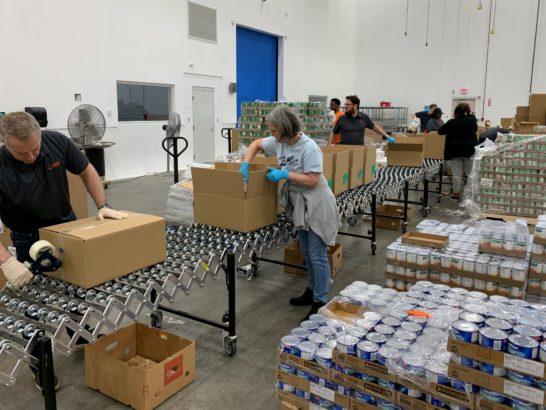 Food banks across Georgia say they’re seeing a spike in demand from families amid the COVID-19 pandemic.

Food bank officials spoke Tuesday in a virtual news conference about how the economic devastation and job loss caused by the pandemic have raised the demand for food. The conference was hosted by advocacy group Voices for Georgia’s Children and the Georgia Food Bank Association.

“Adequate food access is really at the core for children being able to thrive,’’ Erica Fener Sitkoff, executive director of the group.

Amy Breitmann, executive director of Augusta-based Golden Harvest Food Bank, said almost one in three children in her service area is dealing with hunger. The Augusta Dream Center, which also helps low-income families, said it has seen about a 50 percent increase in the number of children needing food.

Responding to the COVID-19 crisis, the U.S. Department of Agriculture has made rules for food stamps more flexible, along with other changes. 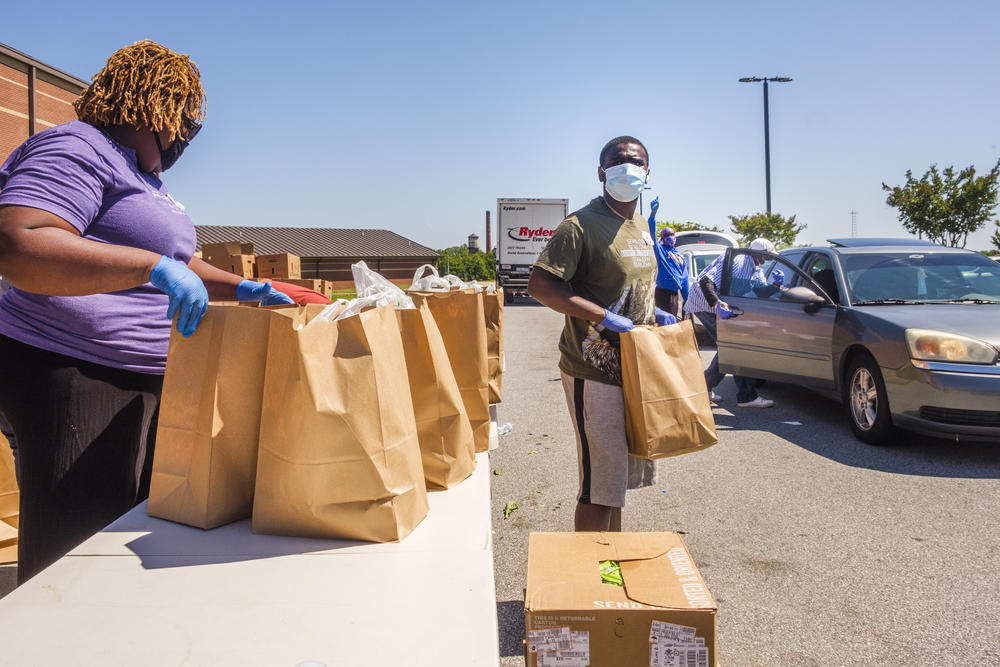 Caption
Volunteers in Macon pass out food at a drive thru location.
Credit: Grant Blankenship

A June report from Feeding America, a national hunger-relief organization, said an estimated 630,000 Georgia children experience food insecurity, which is defined as a lack of consistent access to enough food for an active, healthy life.

In Gwinnett County, the rates of child food insecurity have doubled, said Kyle Waide, president and CEO of the Atlanta Community Food Bank, which serves 29 counties. Communities of color have been disproportionately affected, he added. 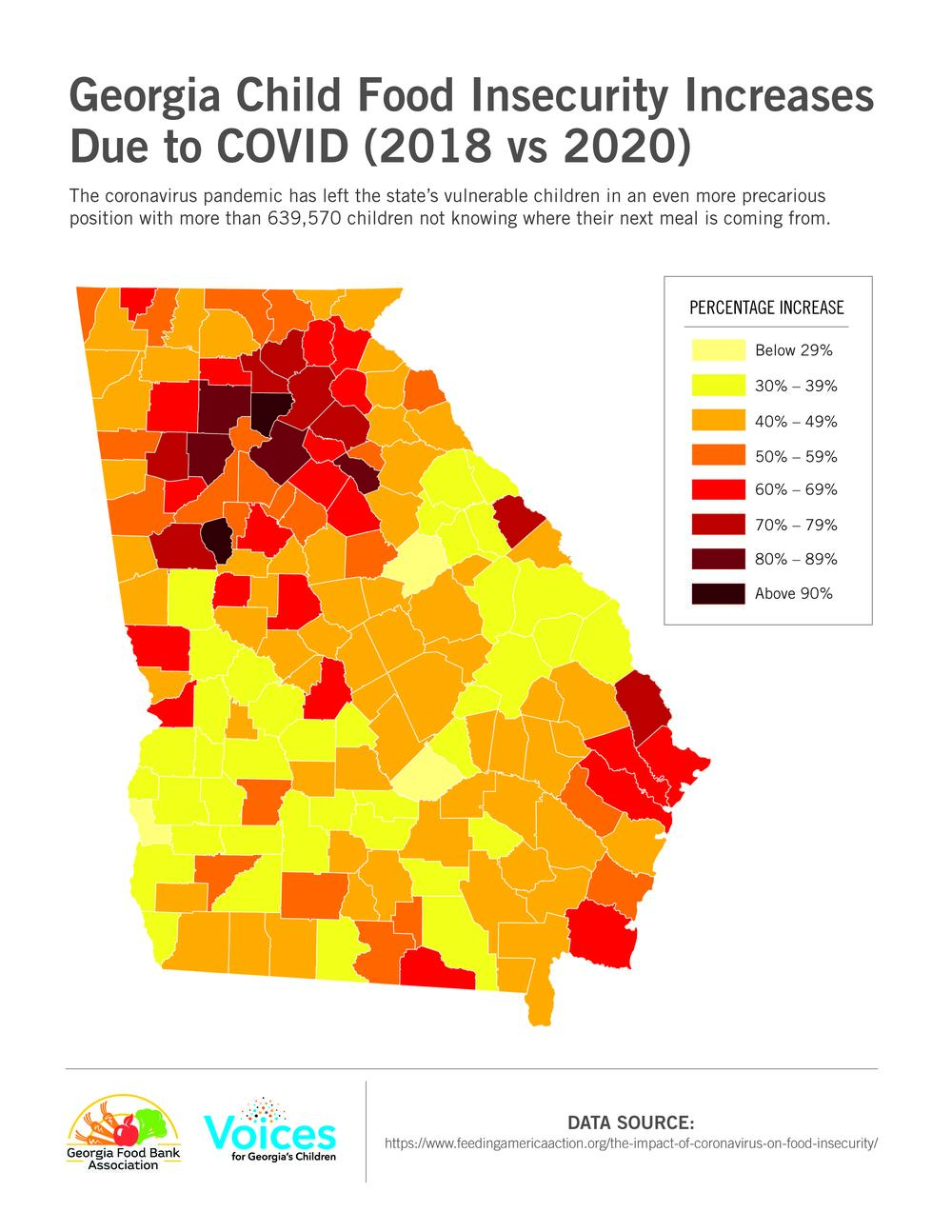 Caption
Food insecurity for children has gone up significantly during the coronavirus pandemic.
Credit: Feeding America

The Rev. Kenneth Alexander of Antioch Baptist Church North in Atlanta said the church has expanded the hours of its food bank. “We’re still seeing an increase in need. We’ve had to step up and do more.”

Ann Adkisson of Forest Hills United Methodist Church in Macon, which runs a backpack food program for needy kids, said the number of children who are food insecure “has almost doubled in our community.’’

‘‘The need for food has increased dramatically,’’ said Kathy McCollum of Macon-based Middle Georgia Community Food Bank. The amount of food distributed “is up 50 percent from the first quarter,’’ she added.

And the demand for food has shown up in government programs.

The number of Georgia families receiving food stamps has increased 35 percent since the outset of the pandemic, said Tom Rawlings, the state DFCS director. 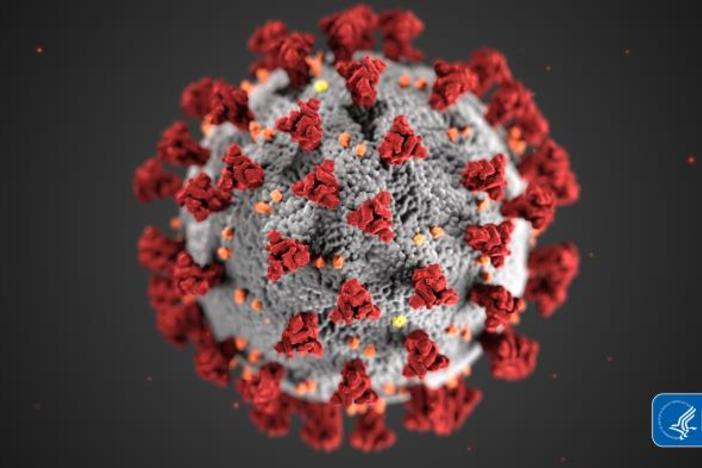 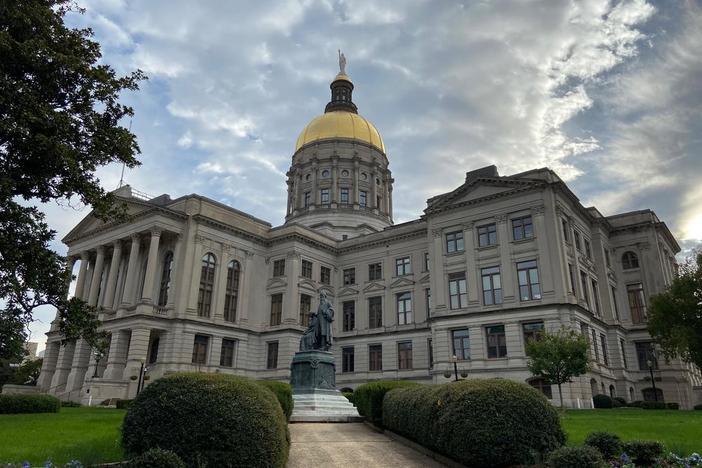 Budget cuts due to the COVID-19 economic crisis have led the state’s mental health agency to lay off 200 employees. 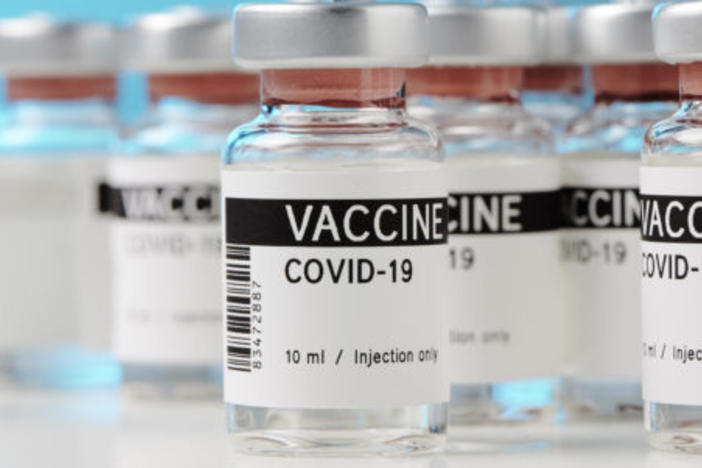