The attorney for Roderick Walker, the man who was seen beaten by a Clayton County deputies in now-viral video, said he’s been granted bond. However, Walker faces other charges in Fulton County and is currently in jail there.

"We have already begun working on resolving his outstanding probation matters in Fulton County," attorney Shean Williams said on Monday evening. "However, he will remain in the Fulton County Jail until his probation issues are settled."

"His legal team would like to reiterate that none of this would be happening if it weren't for the unlawful assault and arrest made by the Clayton County deputies, one of whom has already been terminated," Williams said.

Walker, 26, was a passenger in a car on Friday when it was pulled over due to a missing taillight in Clayton County, according to his attorneys. During the stop, Williams said Walker was asked for his identification – although he wasn’t the driver.

Shortly after, Williams said officers demanded Walker get out of the car. That’s when things turned physical and nearby witnesses began recording the incident, including Walker’s girlfriend.

WARNING: Some may find the video disturbing.

Cellphone captured video show two Clayton County deputies pinned on top of Walker as he’s lying on the ground. Walker is heard telling authorities, “I can’t breathe” as two children watch from the SUV. One of the deputies is shown repeatedly punching him. The deputy's identity has not been released, but the sheriff's office has said he has since been terminated.

Clayton County Sheriff Victor Hill said a “criminal investigation” into the incident will be turned over to the district attorney’s office.

His attorneys have demanded the charges against Walker be dropped in Clayton County and for deputies to be criminally charged.

“Mr. Walker and his family have suffered greatly throughout this ordeal,” Williams said in a statement released on Monday. “Roderick Walker will be home soon." 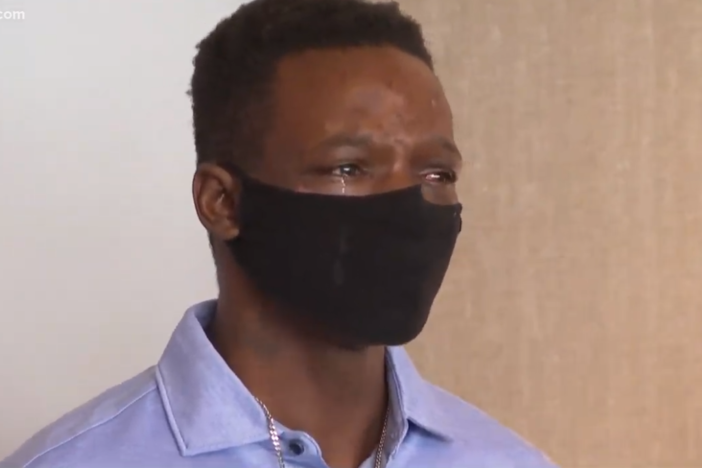 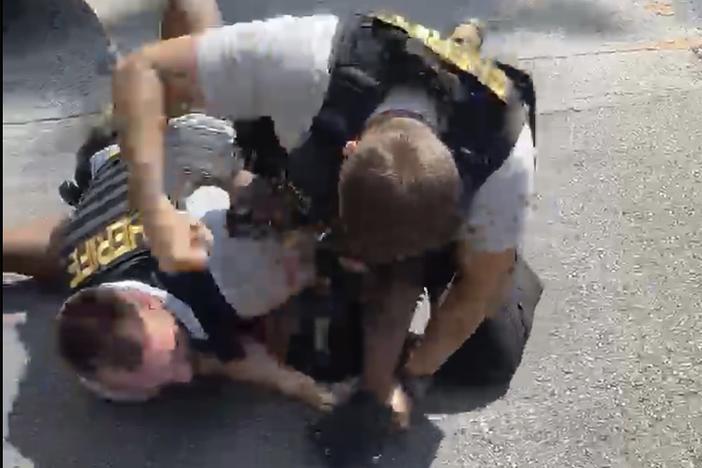 A sheriff's office in Georgia said Sunday it fired a deputy seen on video repeatedly punching a Black man during a traffic stop.