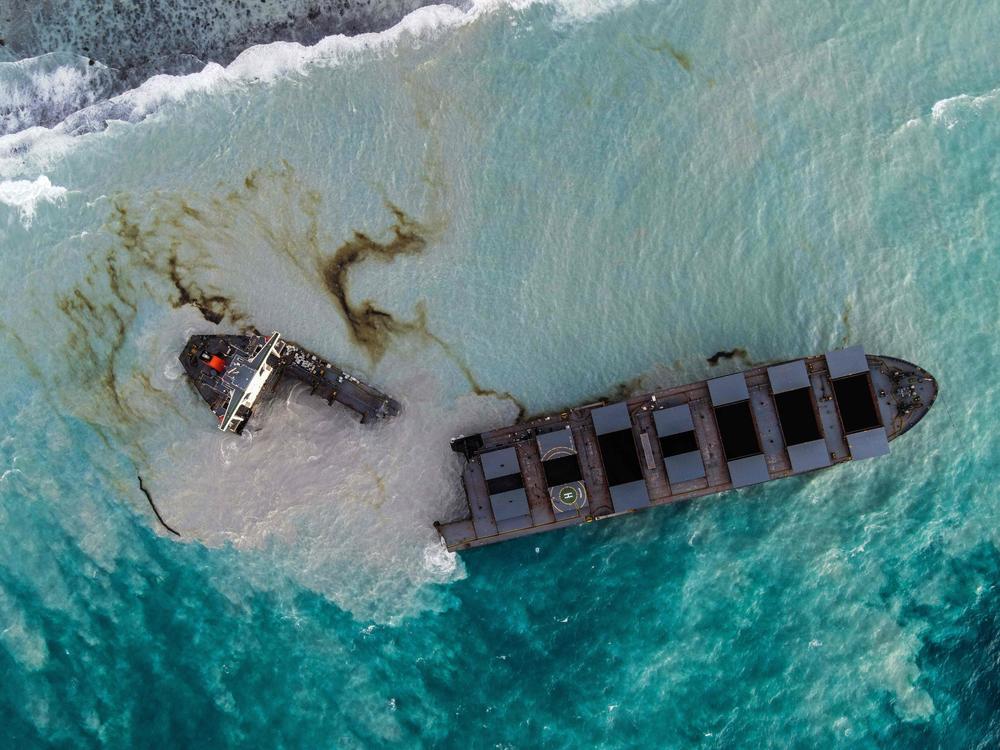 An aerial picture taken on Sunday shows the MV Wakashio bulk carrier that had run aground and broke into two parts near Blue Bay Marine Park, Mauritius. / AFP via Getty Images

A Japanese cargo ship that ran aground in late July off the coast of Mauritius has broken in two.

Most of the 4,000 tons of fuel oil and diesel on the ship had already been pumped out over the past week, as environmental groups warned of potentially irreversible damage to the area's coral reefs. Still, at least 1,000 tons of oil had already been spilled into the Indian Ocean, endangering coral and marine life, and causing what some ecologists call the worst ecological disaster in the island nation's history.

Mauritius officials had warned that the ship, the MV Wakashio, could split in two. The break on Saturday caused some of the residual oil to spill into the ocean, but as of Thursday, only 150 cubic meters of hydraulic fluid and lubricant remained on the ship, officials said.

The next task for workers will be to tow the front part of the ship hundreds of miles into the sea, where they plan to sink it. After bad weather delayed their efforts earlier in the weekend, two tug boats were underway Sunday, officials told the local newspaper Le Mauricien. There are still approximately 30 cubic meters of fuel oil left in the engine room, but continued poor weather will make it difficult to remove, officials said.

Crews have cordoned off the nearby Blue Bay Marine Park, installed three layers of floating dams in the lagoon, and placed several kilometers of diversionary dams to further protect the area from oil contamination. Indian authorities have also sent 28 tons of material, including river dams, barges and skimmers, to help mitigate the environmental damage.

Scientists warned that the damage could affect local ecosystem for years.

"This oil spill occurred in one of, if not the most, sensitive areas in Mauritius," oceanographer Vassen Kauppaymuthoo told Reuters. "We are talking of decades to recover from this damage, and some of it may never recover." 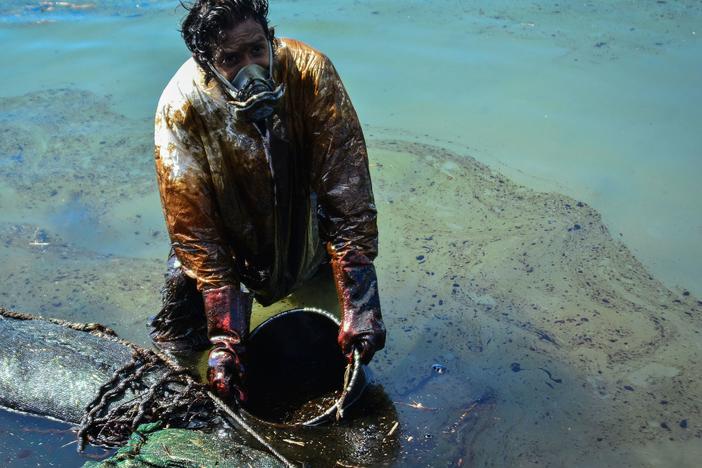 The Oil Spill At Mauritius Is A Disaster. And It Could Soon Get Worse

A Japanese-owned cargo ship ran aground in late July and began leaking oil a few days ago. Now a crack has expanded in its hull. The island nation is home to species that live nowhere else. 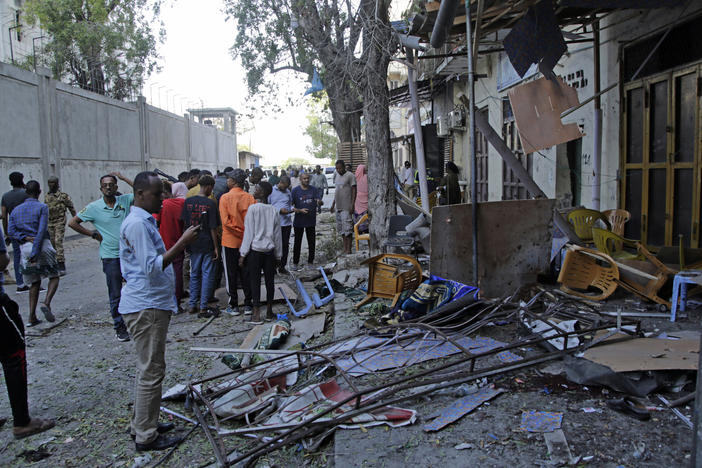 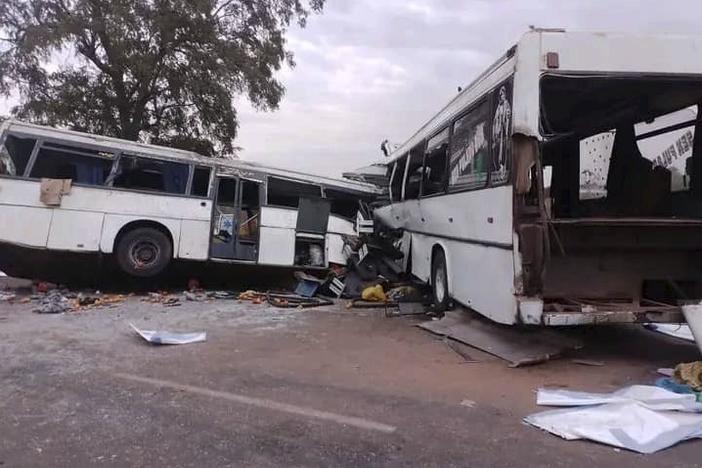 The Senegalese president declared three days of mourning and said he will hold an inter-ministerial council to discuss road safety measures. More than 70 other people were injured in the crash.