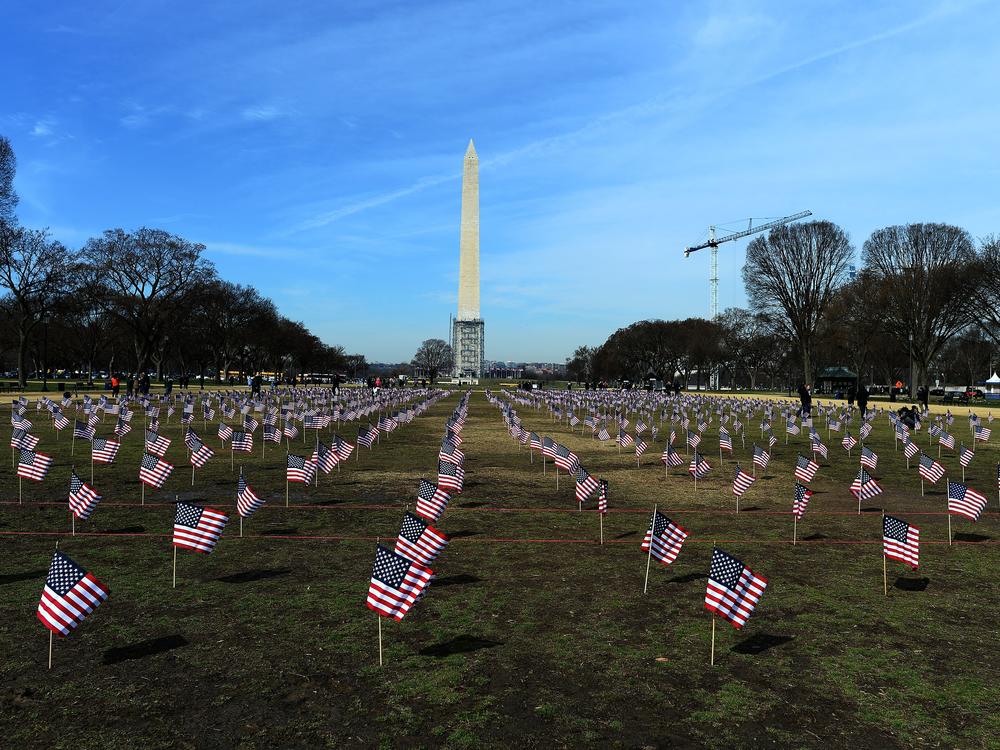 Caption
Some 1,892 American flags are installed on the National Mall in Washington, DC in 2014. The Iraq and Afghanistan veterans installed the flags to represent the 1,892 veterans and service members who committed suicide this year as part of the "We've Got Your Back: IAVA's Campaign to Combat Suicide."

This summer the Trump administration rolled out the President's Roadmap to Empower Veterans and End a National Tragedy of Suicide (PREVENTS) - a long awaited strategy to bring down the rate of suicide in the military and among civilians. It focuses on enlisting community partners and a public awareness campaign to fight the stigma around seeking help during a mental health crisis.

Critics in congress have said the plan isn't proactive enough. But it does address one issue that has been seen as politically taboo: access to guns.

Suicide is notoriously difficult to study since it's a rare event, even as suicide rates for the military and civilians are on the rise. But if there's one obvious place to fight veterans' suicide, it's firearms. Gun owners are four times more likely to die by suicide. Veterans are almost twice as likely to be gun owners, and one study showed that one in three vets store their guns loaded and unlocked. Guns are by far the deadliest method of suicide.

But keeping guns away from veterans has been politically radioactive.

She says the new White House roadmap was a bit disappointing - it took 15 months to endorse a set of recommendations that aren't very new.

But she is happy that the White House plan mentioned "safe storage" of guns. There had been rumors that the powerful gun-rights lobby would get that section removed from the plan.

"Now that we're wading into that water, it is good to see that we are willing to talk about it and engage partners and do something meaningfully on this issue," Tanielian said.

The Department of Veterans Affairs has been talking about gun safety since at least 2013, sometimes putting free trigger-locks in big bowls in the waiting rooms, like lollipops at the doctor's office. Still, Dr. Matt Miller, director of VA suicide prevention, doesn't say politically loaded words like "gun control."

"We're not talking about broad restrictions. We're talking about lethal-means safety in the context of suicide prevention," he said.

Miller wants to dispel the stigma about seeking help. He says anyone can be in emotional pain; anyone can have suicidal thoughts. He wants veterans to think about keeping guns safely out of reach when they're in crisis. Miller said suicide is usually an impulsive act, but guns make it much more likely to be lethal.

"The path from suicidal ideation to action, the majority of times occurs within 60 minutes or less. So if that firearm, if it's near you, that path can be engaged very quickly," Miller said.

"Safe-storage" of guns in this context can mean giving a spouse the keys to a gun-safe, or getting guns out of the house during a time of crisis. Miller has been encouraged that even some leaders of the gun-rights lobby are willing to get on board.

"The community of gun owners — if a doctor talks about gun-ownership, that might make them suspicious," said Joe Bartozzi president of the National Shooting Sports Foundation. "But if a gun advocacy organization, a group that advocates on behalf of the firearms industry starts talking about safe storage to prevent suicide, they might sit up and listen." 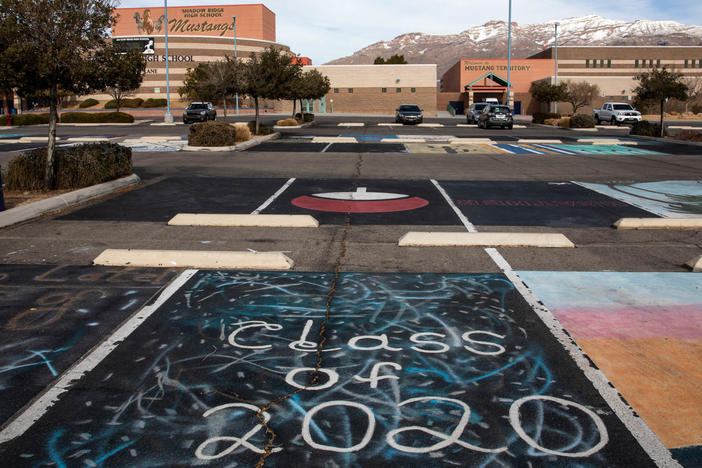 A cluster of suicides in Las Vegas, plus a troubling rise in youth suicide attempts observed in ERs nationwide, is raising fears that the pandemic is fueling a children's mental health crisis. 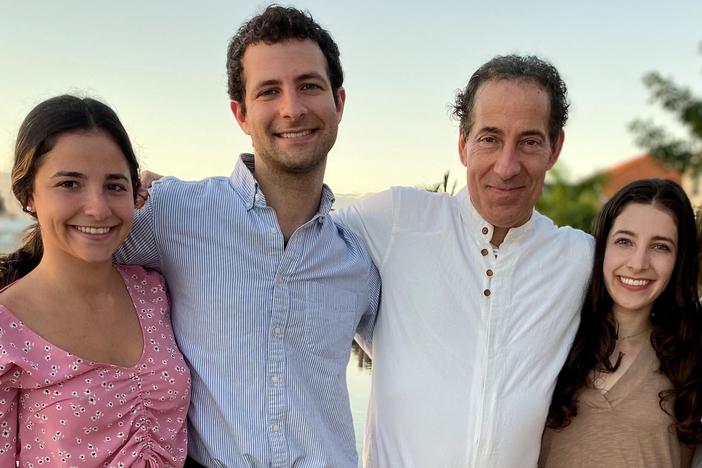 Rep. Jamie Raskin On The Life And Legacy Of His Son, Tommy Raskin

On New Year's Eve, 25-year-old Tommy Raskin killed himself. Rep. Jamie Raskin of Maryland talked with NPR about his son's life and the outpouring of tributes to him. 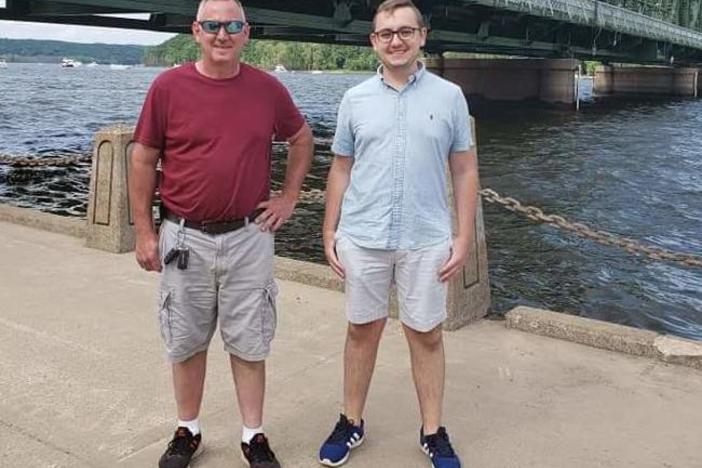 He Designed A Smartwatch App To Help Stop His Dad's Nightmares

Patrick Skluzacek suffered from PTSD-related nightmares that were ruining his life. His son, Tyler, created a smartwatch application to disrupt them. The app recently won FDA approval.