Korean Pop, Away From The Hit Factories 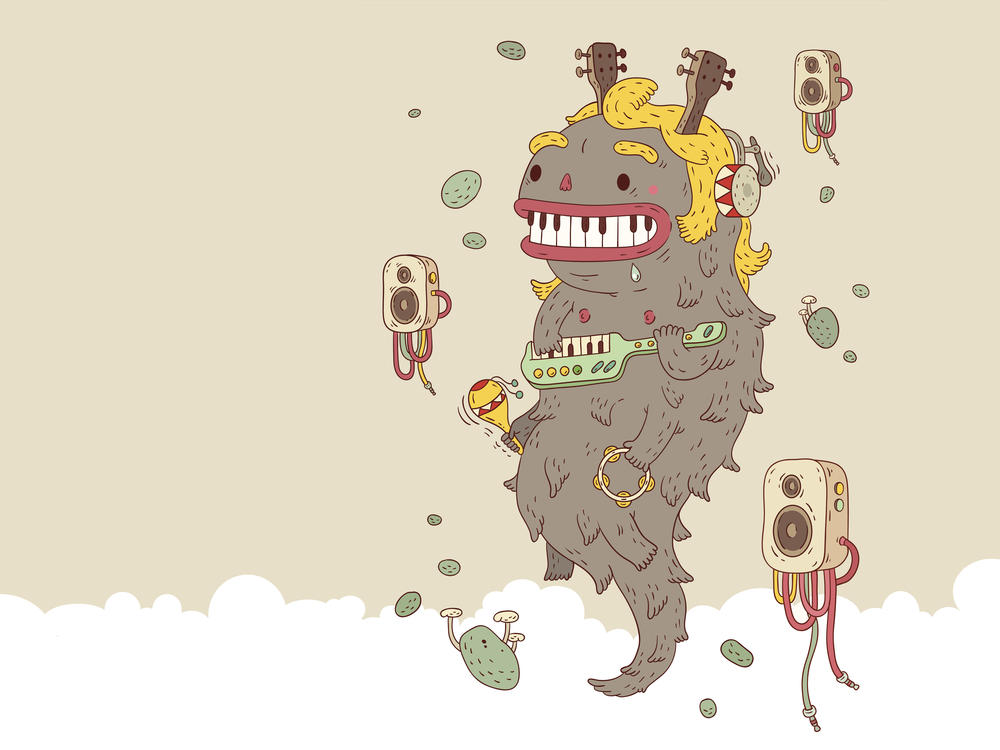 K-pop has become with synonymous with pop from Korea — you may not be surprised to hear that there's far more to it than that. / Getty Images

Leenalchi's first album is about a turtle.

More specifically, a turtle in search of a rabbit's liver — the only antidote for the turtle's ailing emperor. This story is legendary in Korean history, spoken and sung across centuries, with the earliest written record dating back a millennia. Leenalchi, a band named after a famous singer in 19th-century Korea, re-tells this epic in a recently released album, Sugungga, using a fascinating mix of sounds that some glorify as "the real" K-pop.

The term "K-pop" is most often used to denote a subset of Korean music: idol songs. These would include "idols" like BTS, Blackpink, GOT7 and hundreds of other acts, produced in studio systems which train prospective stars extensively in vocals, dance, even foreign language, often years before debut. Idol music is varied, but generally catchy and slick and infused with a cacophony of influences — hip-hop, rock, Latinx roots music, techno — from all over the world, often within a single song.

"Who cares about the genre? I mix everything," says Jang Younggyu, one of the founders and bassists of Leenalchi. Jang, also a prestigious film composer, started his career in the early 1990s, a few years before K-pop's idol system became popular through "first-generation idols" like H.O.T. and Fin.K.L.

Back then, Jang made a living mixing all sorts of LPs together into a single track. This mix-whatever-works "training" yielded some interesting experiments in his later career — for example, he was one of the creators of SsingSsing, a now-disbanded band that NPR Tiny Desk's Bob Boilen described as "one of my most memorable Tiny Desk Concerts of all time."

Leenalchi, formed a year ago, is Jang's latest experiment. A central influence is pansori, a style of musical storytelling that was popular in Korea in the 18th and 19th centuries. "Pansori originally involved just one percussion instrument and one singer," says Jang. Inspired by this, Leenalchi also has two main sections: percussion (two bassists and one drummer) and voices (four pansori-trained vocalists). In Korea's struggling indie scene, Leenalchi is gaining prominence. "All these people were screaming along to pansori at a club! It was incredible," says Kwon Song-hee, a vocalist.

But Leenalchi isn't simply recreating old Korean music — its defining rhythms should be decidedly more familiar to a Western audience. The result is strangely recognizable and wonderfully unfamiliar.

Experiments like SsingSsing and Leenalchi are increasingly popular in South Korea, which has a hugely diverse soundscape. But they certainly aren't easy to maintain.

"Musicians without the kind of capital that idol systems possess — their ability to train, invest, promote, et cetera — just can't survive easily," says Yi Soojeong, the executive manager of Zandari Festa, which organizes SXSW-like music festivals in Korea. "Leenalchi is lucky," says Yi. "Its musicians aren't new to the industry. So they have a kind of capital that can't be translated into a price tag."

"To maintain profit margins, the Korean music industry has centered itself around idols," says Yoo Choonghee, the director of the K-pop Museum, which showcases the evolution of Korean popular music since the early 1900s, when an American missionary, along with other Western visitors, made the first known recordings of Korean music.

The idol system started in the late '90s, with the rise of major entertainment agencies like YG, SM and JYP. Boy band H.O.T. is seen as the first studio-produced group, followed by many more, most of whom, in a brutally competitive landscape, would fail to last.The rare international successes, notably Psy's "Gangnam Style" in 2012 and BTS in recent years, have landed the K-pop industry firmly in global markets — as part of the so-called "Korean Wave" — notably in East and Southeast Asia, the Middle East, South America and, more slowly, the U.S. and European markets. The K-pop industry generated over $5 billion in export revenue, according to a 2018 report by the Korea Creative Content Agency, most of which comes from studio-produced artists. Boy band BTS alone is estimated to have contributed over $4 billion to Korea's bottom line.

Idols and their agencies are undoubtedly the most popular force in Korea's own music market too, reigning over its charts and music awards. "The problem is, idol music isn't just one part of the Korean market. It's a monopoly," says Yi. "This is poison for artistic diversity."

This monopoly is reflected in the way idol music monopolizes the definition of "K-pop," both in and outside Korea. "In Korea, when you say K-pop, people think of idols," says Leenalchi's Jang.

"The very word 'K-pop' was used with the advent of the Korean Wave in the late 1990s, to refer to idol music," says Eujeong Zhang, professor at Dankook University and author of K-Pop History (the 'K-pop' in her book refers to Korean popular music in general).

It isn't just Koreans. Worldwide, K-pop is, more often than not, synonymous with idol music. In 2018, the AP Stylebook even defined K-pop as "synthesized music, video art and tightly choreographed dance moves that are often sexually suggestive or comical."

"It's an understandable perception," says Zhang. "Idols are leading the Korean music industry."

But this perception presents a simplistic picture of a country's musical landscape, by primarily focusing on music that yields the highest profit margins and capital returns.

Zhang says there's room to change. She says the term "K-pop" can be understood in two different ways. Narrowly, as idol music, reflecting how the word is most popularly used today. More broadly, "K-pop" can refer to Korean popular music in general, which is more inclusive.

"It's hard to change the existing perception that K-pop is idol music," says Zhang. "But we can still expand what 'K-pop' means."

But this opens up new questions. If it isn't just a distinctive idol genre, what counts as K-pop? What are the boundaries, musically? Would any music from Korea count as K-pop? Only work that becomes popular globally?

Jeong Jungyeop, a bassist in Leenalchi, recalls his decade-long experience filling that role in Kiha & The Faces — the rare example of a popular rock band in the age of idols — which formed in the Seoul indie scene, rising to mainstream fame and financial success before disbanding in 2018.

"We once went to a record store in Japan and found our album in the K-pop corner," Jeong says. "We weren't promoting ourselves as K-pop, nor our agency. I think because we also came from South Korea, the store grouped us with the others."

The over-inclusiveness of "K-pop," in this case, erased the particularity of Jeong's band. This problem extends far beyond Kiha & The Faces. Even when referring to the idol industry, lumping popular artists into one "K-pop genre" may be misleading. 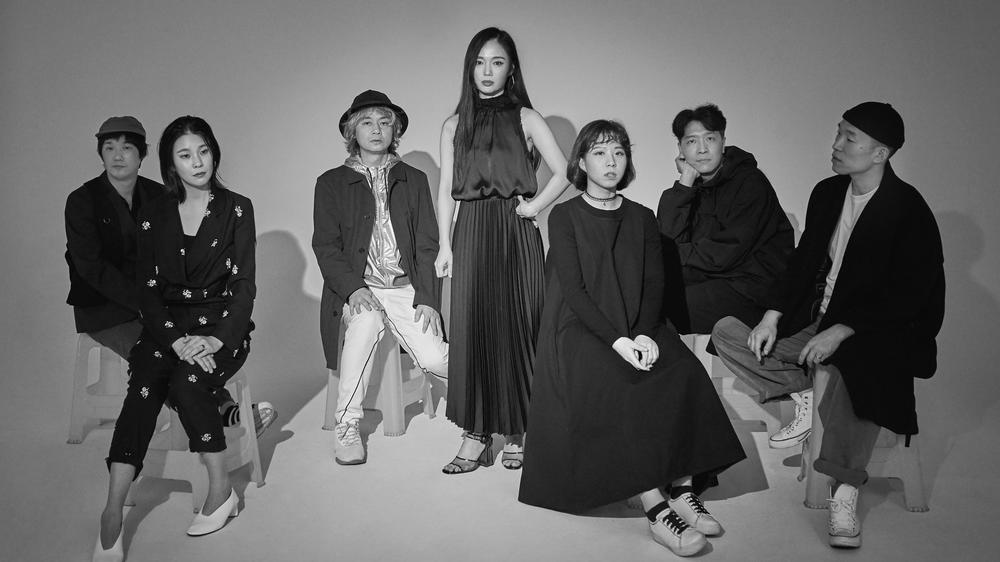 Leenalchi. / Courtesy of the artist

"No one disputes that IU, BTS and FT Island are 'K-pop artists,' but musically, they share nothing in common. IU sings mostly standard pop, BTS performs mostly hip-hop numbers, and FT Island, light rock," wrote blogger Ask a Korean (one can argue that even this statement is an oversimplification of each idol act).

"We need new words to represent other music from Korea," says Yi. "We don't have that at the moment, so musicians put 'K-' to all sorts of things, like 'K-hip-hop,' 'K-indie,' and more."

But some question if "made in Korea" is even a necessary stamp when categorizing music.

"I sometimes think, why do we even need to put 'K'-anything?" says Zhang. "We're already looking at ourselves through the lens of others. We don't say A-pop (American pop). But the minute we say, 'Our music is K-pop,' it feels like we've restricted ourselves to a region and lowered our own stature."

"It's a none-too-subtle way of reasserting the hegemony of western pop culture," Byrne wrote, emphasizing that the "genre" reinforced the distances between people, between "us" and "them." The concept of the genre "ghettoises most of the world's music. A bold and audacious move, White Man!"

The act of naming genres, especially from "other cultures," reflects the power dynamics of the global music market. For example, Yi points to Khruangbin, a musical trio from Houston, Texas, which blends styles from all over the world, including funk influences from Thailand. Most observers classify the band by its musical styles, such as psych-funk, pop, etc. Yet, "What if Khruangbin was from a third country, like Turkey?" Yi asks. "They'd definitely be classified as 'Turkish music' or 'world music.' Why?"

For many creators and consumers, defining a genre probably isn't the most important aspect of the musical experience. Unfortunately for most bands, including Leenalchi, the question of "what genre?" translates into which markets may accept their music.

"At the end of the day, we're just making music. We want to perform in as many different places as possible," says bassist Jeong. "People can see us through the lens of a specific genre, or not. The fundamental thing is, we need a market to perform. There's a limit to what we can do here in Korea."

(The rabbit, by the way, kept his liver in the end.)

Haeryun Kang is a freelance journalist based in Seoul, South Korea, and the creative director of videocusIN, a media incubator. 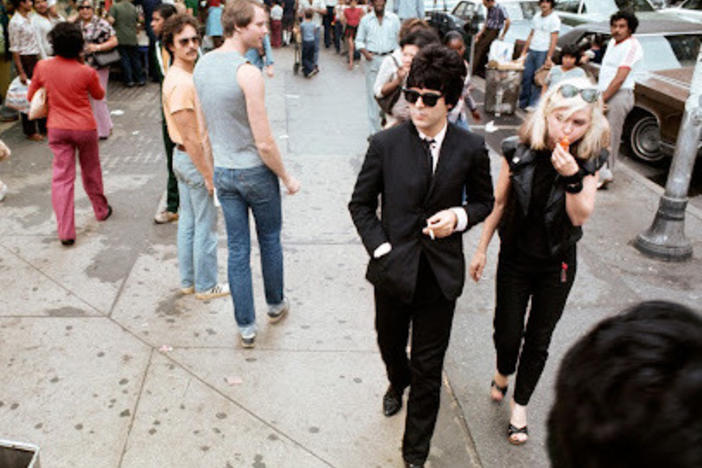 Against the odds: How Blondie shattered the conventions of punk and pop

From unreleased music to promotional flyers, photos, a mirrored dressing room sign, and even a stray Andy Warhol print, Blondie's out with a new box set, Blondie: Against The Odds 1974-1982. 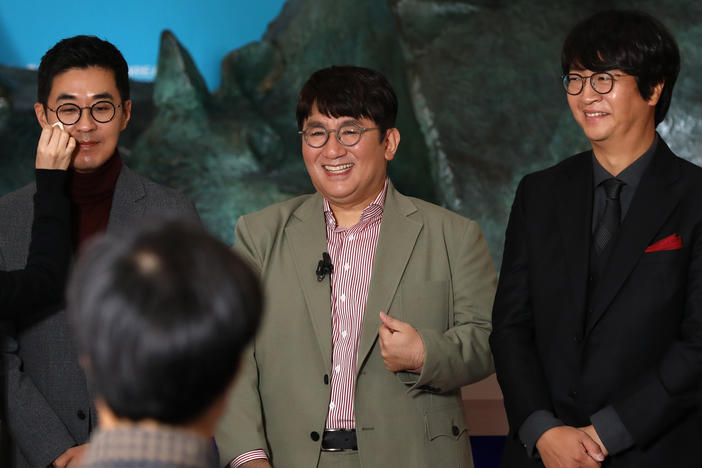 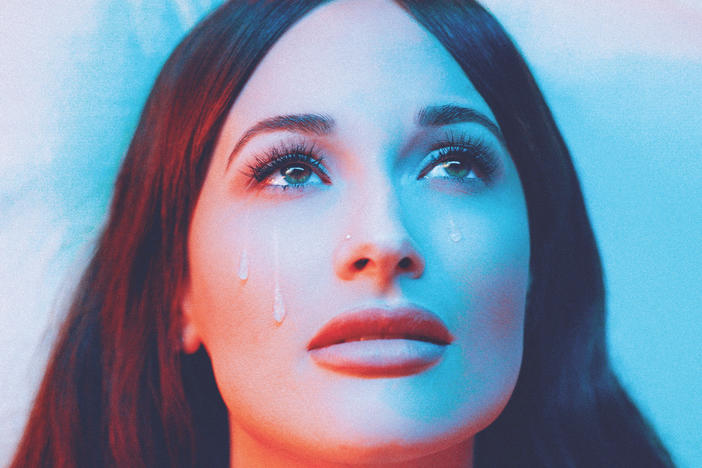