According to Gwinnett County District Attorney Danny Porter, Georgia’s citizen’s arrest law is rooted in medieval times and is an “outmoded concept” in this age of “increased police forces.”

Porter made those remarks at a Georgia House Judiciary Non-Civil Committee hearing on Monday.

Porter, one of the longest-serving DA’s in Georgia, offered background on the citizen’s arrest law as the committee considers repealing the statute.

RELATED: What Is Georgia's Citizens Arrest Law ⁠— And Why Are There Calls To Repeal It?

Georgia’s current version has existed since 1864. It recently came under fire after the men accused of murdering Ahmaud Arbery in Glynn County last February attempted to use it in their defense.

In his testimony, Rev. James Woodall, president of the Georgia NAACP, talked about the law’s “racist origins.” He listed several documented incidents over the past 156 years that were “supported or allowed” in Georgia under the citizen’s arrest statute.

But she noted, “Every private person in Georgia is given the power to conduct a warrantless arrest without any training or certification.”

Porter said while he is “personally not in favor of citizens arresting one another,” he cited two “significant” exceptions to his views on a repeal.

He said those exceptions are “merchants needing to arrest for something such as shoplifting, and homeowners being able to defend their property.”

Porter suggested that the committee looks at those two areas of the law.

Dodson, who is also an attorney, told the committee that “shopkeepers’ privilege” is recognized as part of civil law in Georgia.

“While we don’t specifically provide a shopkeeper’s ability to arrest or detain in our code, we do provide ways for shopkeepers to avoid civil liability,” said Dodson.

Technical difficulties with the hearing on Zoom led to an abrupt end to Monday’s hearing.  Rep. Chuck Efstration, chair of the committee, said testimony on the law would continue on July 23. 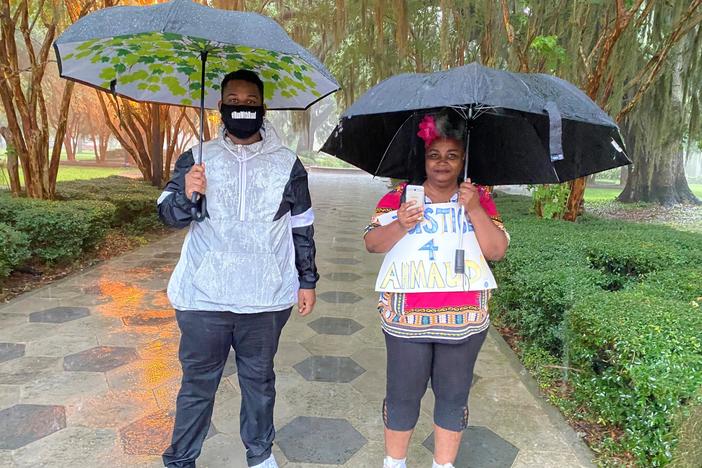 Some Georgia lawmakers are calling to quickly scrap the state's 19th-century citizen arrest law that was cited in one prosecutor's controversial...