Whether going to a restaurant or window-shopping downtown, people will be required to wear face masks in Athens as of 8 a.m. Thursday morning, after it gets signed by the mayor.

The mandate is slated to expire on Aug. 4, but has the possibility of being extended.

“We're in a critical situation. There is no room to just hope that people will do the right thing,” said Athens-Clarke County Commissioner Melissa Link, joining the virtual meeting from Massachusetts. “A mandate is absolutely necessary.”

Link went on to say “the governor has made it absolutely clear that he is not going to issue any further restrictions. It's up to us as a local government to be the responsible party.”

Gov. Kemp has urged Georgians to wear masks in public, but has stopped short of mandating it. Athens is the second major city, behind Savannah, to require masks.

People in Athens will be required to wear masks inside local businesses; the ordinance also applies to employees of businesses. There are limitations. Masks will not be required during eating or drinking, outdoor physical exercise or among children under the age of 10. People with underlying conditions that don’t allow them to wear masks safely are also exempt.

Local law enforcement has been tasked with helping enforce the ordinance, and those who don’t follow the new rules are subject to fines. On the first offense, people can be fined $25, followed by $50 on the second offense and $100 on the third. Additional offenses will result in a $100 fine per offense.

According to the ordinance, a mask can be anything from a verified N-95 mask to a bandana or a T-shirt sleeve fashioned into a face covering. While clarifying in general, this language also helps address nearly 30% of Athens residents living in poverty who may not be able to afford commercial masks or the fines that come with not wearing one.

The commissioners discussed the need for ongoing conversations with the Athens-Clarke County Police Department regarding how officers will approach residents about the new ordinance.

“For a department that is meant to protect and serve, protecting also means protecting people's lives through taking this ordinance seriously,” said Commissioner Mariah Parker.

The governor has refrained from including a statewide mask mandate in the language of his executive orders, instead stating that Georgia residents are “strongly encouraged” to wear masks. The “Georgia Safety Promise” campaign put forward by the governor’s office and the state Department of Public Health implores residents to commit to “critical measures,” including mask wearing.

Today, I spoke with local leaders with @gacities and @GACounty and urged them to echo our calls for Georgians to heed public health guidance in the fight against COVID-19.— Governor Brian P. Kemp (@GovKemp) July 8, 2020

“I proudly proclaim often that we are probably the most responsible municipal government, unified government on the East Coast,” said Commissioner Russell Edwards, acting as mayor pro-tempore during last night’s meeting. “The governor, unfortunately, was the last in the nation to act in our wake to mandate a shelter-in-place and the first in the nation to lift that shelter-in-place.”

Savannah was the first Georgia city to enact a mask mandate when Mayor Van Johnson signed an emergency order on June 30 after Georgia hit a record number of cases at the end of June.

The University System of Georgia announced on Monday that masks will be required at all public universities in the state effective July 15. Returning students have been a point of contention regarding public safety— during the fall 2019 semester, the University of Georgia in Athens saw nearly 39,000 enrolled students flood back into the city.

The commission recognized that the ordinance language may need to be altered in preparation for the start of the semester.

Athens-Clarke County Mayor Kelly Girtz has been a major proponent of COVID-19 prevention, including wearing masks and social distancing. Athens was one of the first Georgia cities to proclaim a local state of emergency in early March, followed by the suspension of local government programs, a curfew and the mandated closure of businesses.

Although Girtz was not present at the vote, the ordinance passed unanimously. 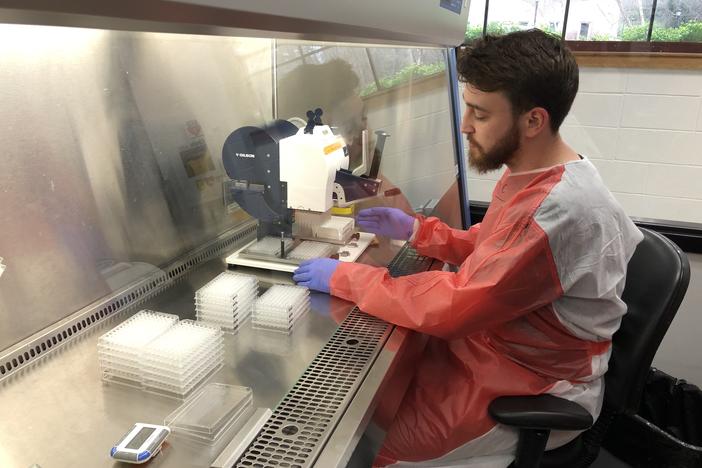