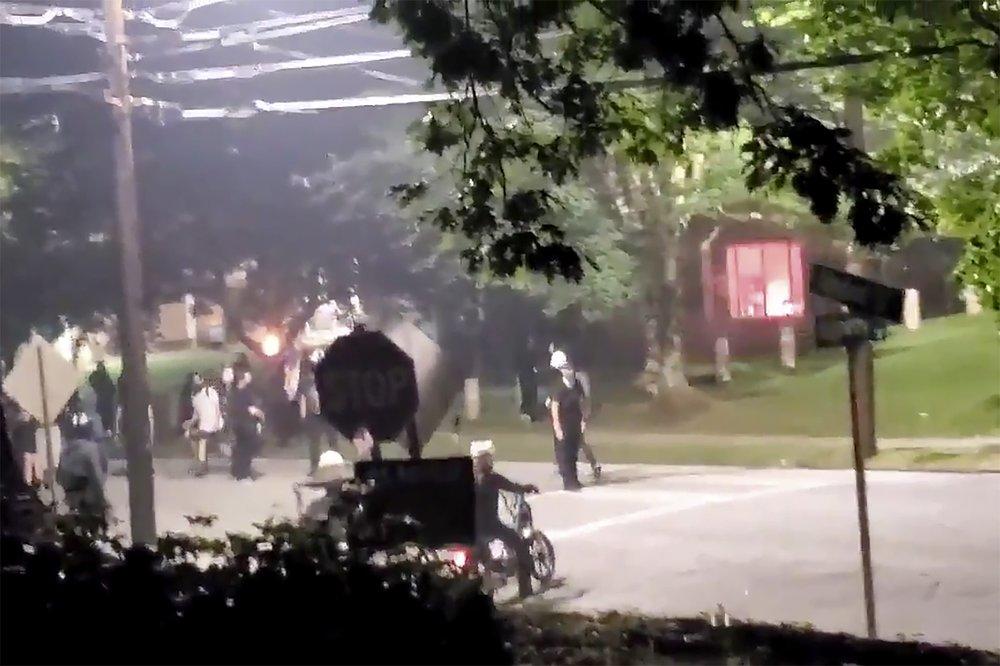 Caption
The building, seen right in the background, that houses Georgia State Patrol headquarters is vandalized in Atlanta, Sunday, July 5, 2020. Video showed protesters appearing to set off at least one firework inside the building.

A spokesperson says Department of Public Safety workers put out the fire early Sunday caused by fireworks, and two employees were treated for smoke inhalation.

One of the agency's vehicles parked in front of the building also was damaged.

Video showed several dozen people outside and the sound of drums being played in the background. Smoke could be seen through a glass window of the building after a red flash was seen inside. No arrests have been made. 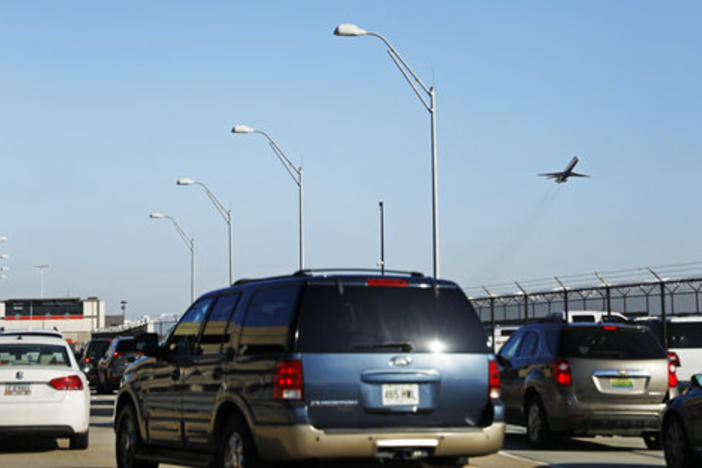 The Georgia State Patrol and Motor Carrier Compliance Division expect a record number of travelers hitting the roadways for the Fourth of July holiday....