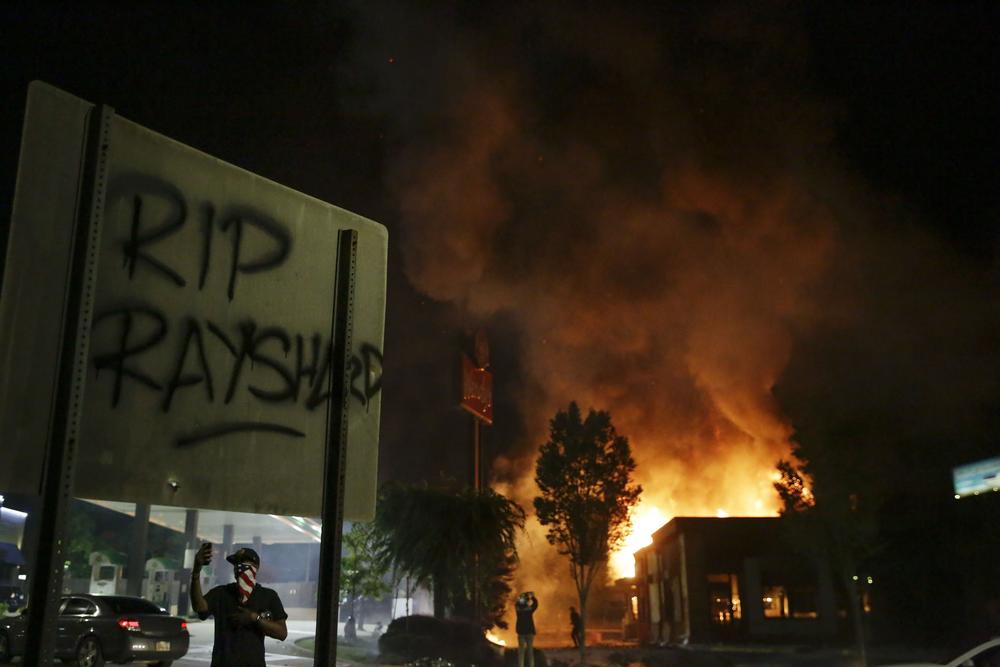 In this Saturday, June 13, 2020 file photo, "RIP Rayshard" is spray-painted on a sign as flames engulf a Wendy's restaurant where Rayshard Brooks was shot and killed by police in Atlanta. / AP

Authorities have arrested two more people on suspicion of arson in the burning of an Atlanta Wendy’s restaurant where a police officer fatally shot Rayshard Brooks.

According to the newspaper, Wade was one of several people who organized demonstrations in Atlanta following the death of George Floyd on May 25.

Brooks’ killing in the parking lot of the Wendy’s on June 12 came amid weeks of turbulent and sometimes violent protests across the U.S. over Floyd’s death.

Authorities have previously announced the arrest of another suspect in the fire. 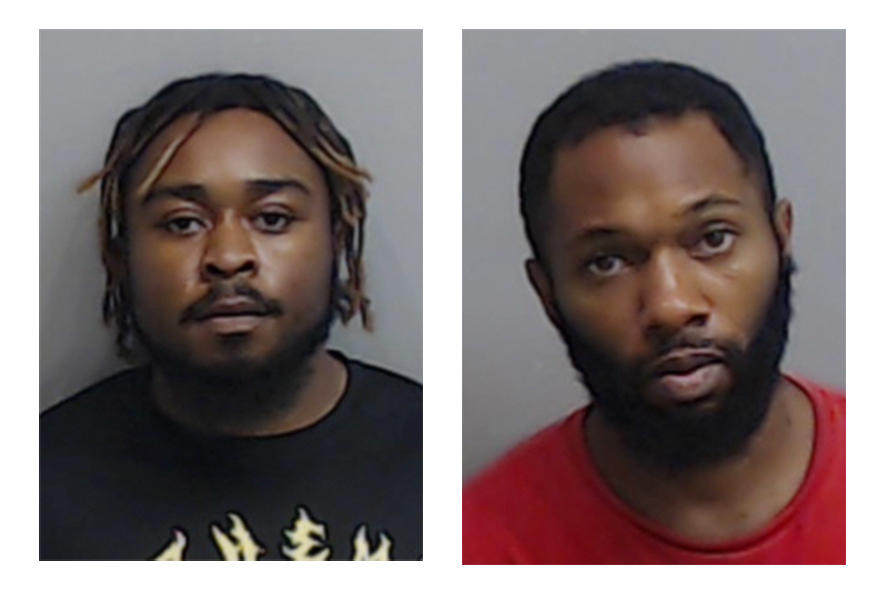 Photos provided by the Fulton County Sheriff's Office show Chisom Kingston, 23, left, and John Wade, 33, who were arrested Thursday, July 2, 2020, on suspicion of arson in the burning of an Atlanta Wendy's restaurant where a police officer fatally shot Rayshard Brooks. 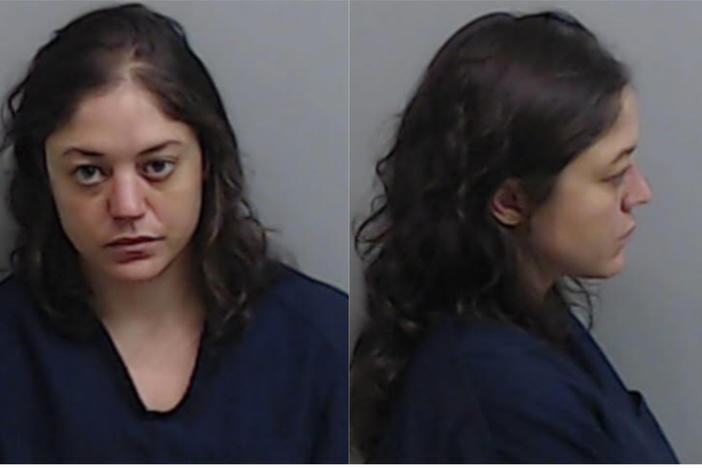