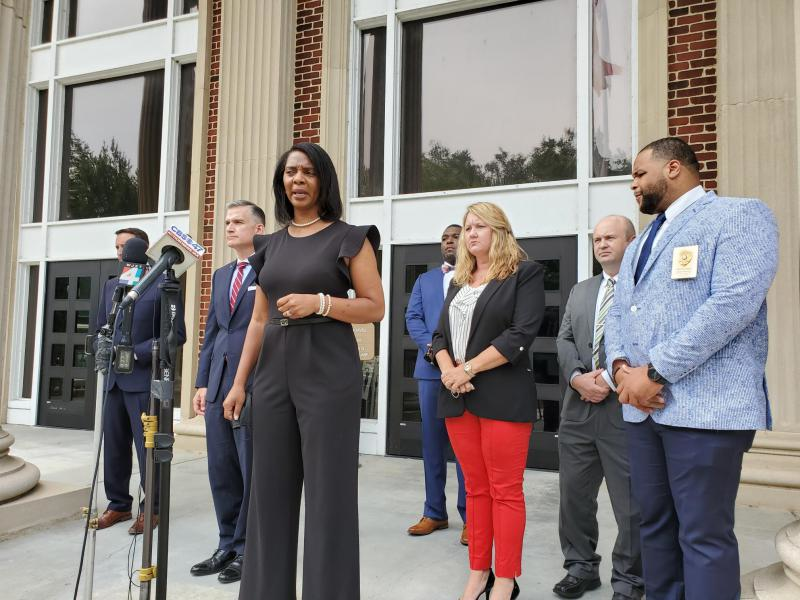 Both malice murder and felony murder carry possible sentences of life in prison or the death penalty if the men are convicted.

Holmes said Arbery's family was "ecstatic" to hear the news.

The indictment is viewable online at www.glynncounty.org/1086/Superior-Court

There has long been some question as to when a grand jury could meet to hear this case because of Georgia's judicial emergency order.

The grand jury that met Wednesday was empanelled just prior to the judicial emergency, but had not met or heard any cases. They assembled at the Glynn County Courthouse in the larger jury assembly room, rather than the typical grand jury room, Holmes said, to maintain safe distancing. They also wore masks.

Following the presentation of the case, the grand jury returned the indictment in under ten minutes.

Holmes said the hate crime bill passed by the General Assembly this week came too late to apply to Arbery's killing.

Holmes said she has been in contact with the U.S. Department of Justice, however, and that agency is still weighing federal hate crimes charges. She said no decision has been made.

A Georgia judge has decided there is enough evidence to try three white men for the murder of a black jogger, Ahmaud Arbery. New details came to light...