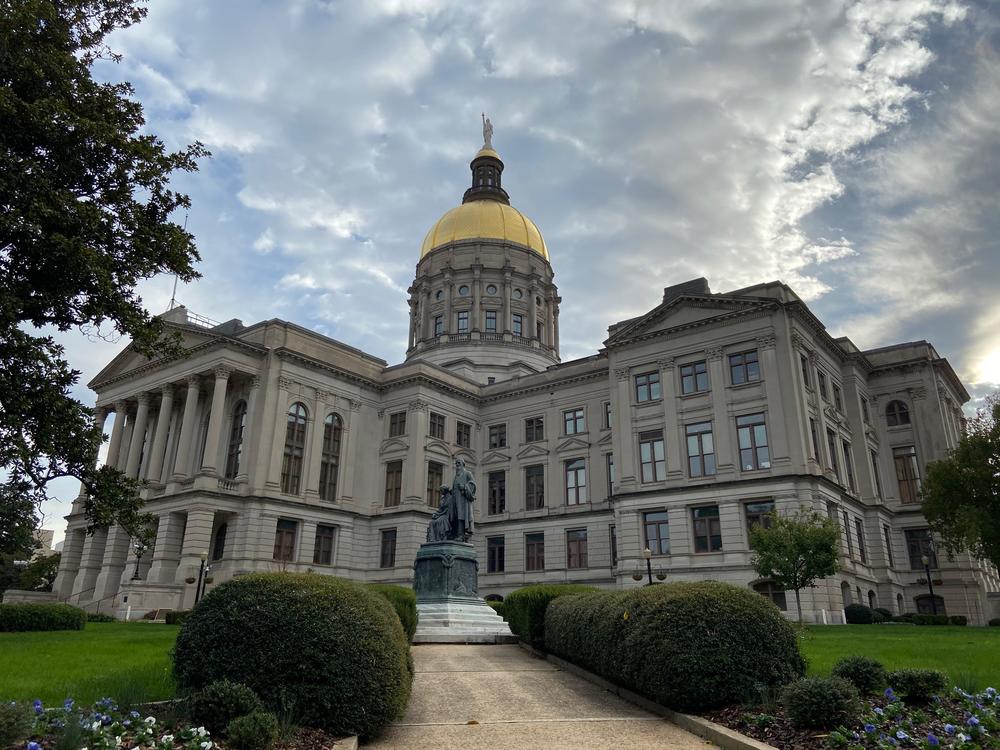 Georgia has received more than $4 billion in federal funding to help the state and local governments soften the blow of the coronavirus pandemic, but most cities and counties haven't seen a dime, an investigation by the Georgia News Lab and GPB News has found.

Consequences could be significant as expenses add up.

Most of Georgia’s local governments have been asking Gov. Brian Kemp for months to share a portion of the funds the federal government began dispersing in late April.

They are still waiting on an answer.

“If we don’t get the money, we still have those expenditure costs and we’re going to have to cover them somehow in our budgets,” said Clint Mueller, legislative director for Association County Commissioners of Georgia, or ACCG.

The money allotted to Georgia is part of a $150 billion federal program intended to help state and local governments pay for expenses incurred because of the COVID-19 pandemic. The U.S. Department of the Treasury issued guidance indicating the states should — but are not required to — share 45% of the money with cities and counties that have populations of less than 500,000.

Larger jurisdictions get their share of the state’s money directly from the federal government.  The City of Atlanta and Georgia’s four largest counties — Cobb, Gwinnett, Fulton and DeKalb — received a combined $600 million of the state’s allotment.

Other local governments have no guaranteed access to any of the money.

Asked Monday morning when an announcement about dispersal of the funds could be expected, the governor’s office said it was unable to provide a response by publication deadline.

In April, ACCG, which represents counties, teamed up with the Georgia Municipal Association, which represents cities, to formally request a 45% share, or roughly $1.2 billion, of the remaining Coronavirus Relief Fund money allotted to the state.

In a letter to Gov. Kemp, GMA and ACCG proposed an even distribution of money among cities and counties in three rounds of payments with the first round of funding to be distributed “preferably not later than June 30.”

In a follow-up letter, the organizations emphasized that other states—including Alabama—have already started sharing the relief funds with local governments.

“To repeat what we wrote in the April 14th letter, ACCG and GMA stand ready to assist your administration in the development of procedures for counties and cities to access Coronavirus Relief Fund dollars,” the groups wrote in their April 17 letter to the governor.

The governor asked GMA and ACCG to review a model of distribution similar to one being used in Texas. The organizations provided input May 21 but said they had not heard back from the governor’s office as of Monday.

GMA Executive Director Larry Hanson said the governor already committed to sharing some of the money at an earlier meeting and mayors around the state still hope to see some of the funds. Hanson said Monday he expects the disbursement to be made “any day now” as many cities have fiscal years beginning July 1, and need to make decisions regarding furloughs, eliminating positions and reducing services to achieve a balanced budget.

“I think we're all concerned about the timeline, because we just don't know what's going to happen in the future,” said LaGrange Mayor Jim Thornton. “My hope would be that if there are ongoing COVID-related expenses and issues, that that deadline could be extended.”

Most of the costs for which counties would seek reimbursement are related to personnel, Mueller said. This includes overtime and hazard pay for public safety workers plus paid leave for employees who had to quarantine after coming into contact with someone who tested positive for COVID-19.

The relief money may only be used to cover expenses, incurred between March 1 and Dec. 30, related to combating the coronavirus under the guidelines issued by the U.S. Treasury. States and local governments may only spend it on items that were not already budgeted for when the program was enacted March 27.  The money cannot be used to replace lost revenue, though some governors are pushing for a reversal of that policy.

“Some states have slowed down their process to see if that will happen because that will change what they were doing,” said Shelby Kerns, executive director for National Association of State Budget Officers.

Ultimately, states are on the hook for ensuring the money is spent, according to the guidelines.

“That’s why you’ve seen some states do a reimbursement," Kerns said. “It’s just easier for them to manage.”

Nationwide, about half the states have announced plans to share their allotment of federal funds with local governments, said Irma Esparza Diggs, senior executive and director for the National League of Cities. Georgia is among 24 states that have not.

“The concern is that if cities don’t actually receive funding until late summer, that leaves them a small window to be able to expend those funds,” Diggs said.

“Many states have done business support programs, so they’ve started making grants or loans to small businesses to help offset the economic impact of stay-home orders and just that downturn in business that has come with the coronavirus,” she said.

Arizona’s plan includes $441 million in direct, flexible funding to local cities, towns and counties that did not receive direct allocations from the federal government. The Arizona Governor’s Office touted on its website June 11 that the state “is getting more dollars to local governments faster compared to other states, whose process for distributing CARES Act dollars often involves burdensome application processes and fewer resources going to smaller cities.”

Idaho and Minnesota distributed money to cities and counties in early May. Nevada began distributing funds earlier this month.

In Georgia, the large jurisdictions that received money directly from the federal government have taken different approaches to spending it.

DeKalb, which received $125 million, has developed an allocation plan but did not respond to repeated requests for information about spending.

Meanwhile, Mayor Thornton and other city and county leaders remain hopeful the state will release some of the federal relief money to local governments.

"That is certainly what Congress intended for it,” Thornton said.

Laura Corley is deputy editor for the Georgia News Lab. David Armstrong is executive editor. The News Lab is an investigative reporting partnership between Georgia universities, Georgia Public Broadcasting, The Atlanta Journal-Constitution and WSB-TV. This reporting is funded in part by the Democracy Fund. 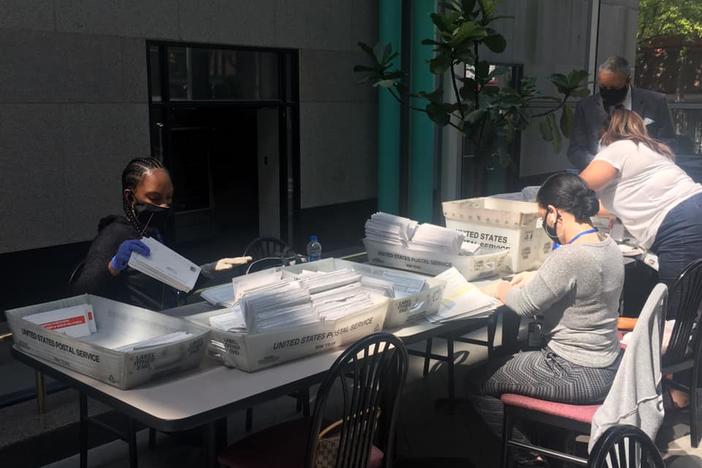 An employee in Fulton County’s election office has died from COVID-19 and another was hospitalized, underscoring safety concerns local elections...