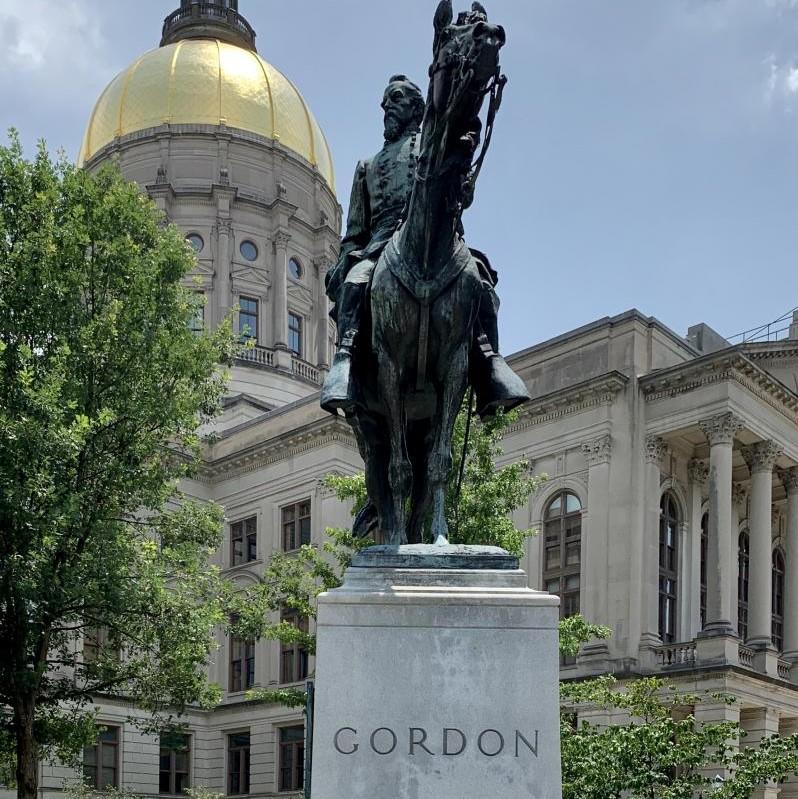 Protestors have called for the removal of the statute of John Brown Gordon, a Confederate War hero.

If state Rep. Shelley Hutchinson had her way, the inside of Georgia's Capitol would look much different.

"If you owned slaves, if you advocated for slavery, then you shouldn't be glorified," said Hutchinson, D-Snellville.

Hutchinson is sponsoring legislation to remove from public property all Confederate symbols, including memorials, plaques, markers, or memorabilia, and anything that shows slave owners or "persons advocating for slavery."  The exceptions would be in museums and Civil War battlefields.

Hutchinson wants all portraits of slave owners taken off the walls of the state Capitol.

Her bill comes on the heels of nationwide protests over Confederate symbols and the removal of some of them.

A law signed by Gov. Brian Kemp last year makes it difficult for local governments to remove structures honoring the Confederacy in public places. It only allows for a monument to be moved if it "be relocated to a site of similar prominence, honor, visibility and access within the same county or municipality."

Earlier this week, DeKalb County found a way around the law after an attorney filed a complaint that because of protests and vandalism to the structure, it had become a public nuisance. A judge agreed, and the 30-foot-tall obelisk in the Decatur square was removed.

Legislators opposed to getting rid of Confederate symbols argue that removing them are an attempt at erasing history.

Dunahoo recalled the debate a few years ago over removing the Confederate carvings on Stone Mountain. He said the discussion at the time included adding a statue of King.

"Martin Luther King was a great man, but he wasn't perfect," Dunahoo said.

Dunahoo said if Confederate monuments must come down because those honored were not perfect, then anything honoring King should also be removed, and "I don't want to do that, so why do we keep opening a Pandora's box?"