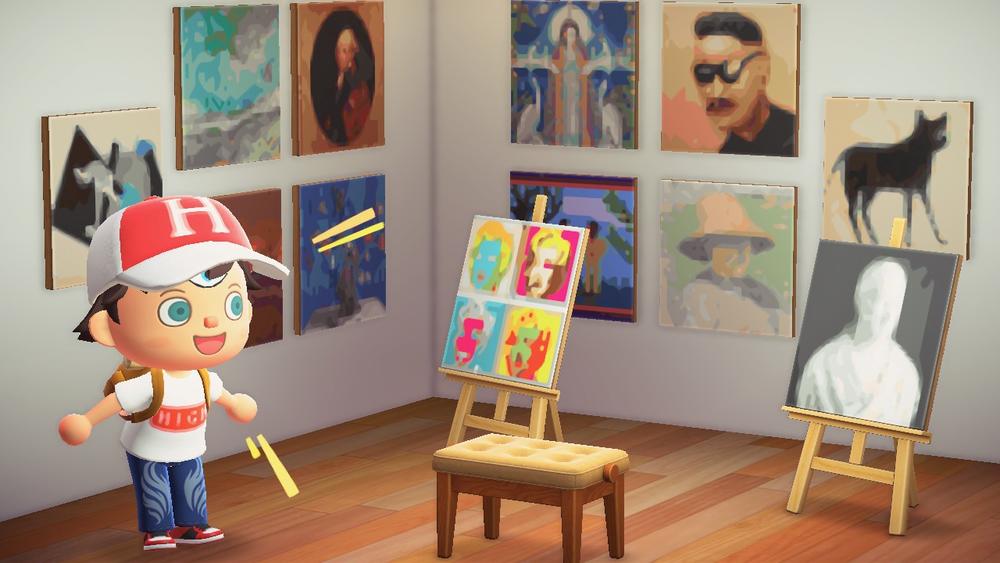 The High Museum added some of it's paintings to the video game, "Animal Crossing: New Horizon" to engage kids. The museum reopened on June 8, 2020.

As the coronavirus pandemic upended daily life across Georgia, museums all over the state closed and were presented with a vastly different financial and educational environment.

“You’ve heard it over and over again: it’s a new normal,” Augusta Museum of History’s Executive Director Nancy Glaser said. “We have to look at new ways of doing business — it might even be a whole new business paradigm that we have to work from. We’re learning as we go.”

A report from the United Nations Educational, Scientific and Cultural Organization along with the International Council of Museums suggests that 13% of museums world-wide may never reopen as a result of the pandemic. That would be over 12,000 of the world’s 95,000 museums.

Beyond losing revenue from admissions fees, museums have been thrown off guard by the sudden evaporation of other revenue streams, including income from renting out their spaces for events like proms and weddings. Those cancellations have left big holes in their budgets.

But according to some museums in Georgia, there is a glimmer of hope. Amid the sudden upending of their business models, non-profit cultural foundations have stepped up to provide financial support in this period of uncertainty, while also helping museums do their work in a different way.

“There are a lot of really good grants being offered to help. We just have to get out there and find them,” Director of Communications at the Macon Museum of Arts and Sciences in Macon Sherry Singleton said. “Without those grants, we wouldn’t be able to do what we are doing right now and, gosh, we are so grateful for those.”

Despite the financial losses caused by closing their doors, many museum curators, directors and communications specialists noted how important it was for their museums to continue engaging with their supporters online.

The Macon Museum of Arts and Sciences, which attracts many young students, began making Facebook videos as a way to teach young kids and those in their community about the things they would otherwise learn about on a regular visit. The topics range from information about the museum’s animals to video lessons about stars and planets, Singleton said.

“We started creating videos of the same kind of content they would receive on their field trips in small consumable bits,” Singleton said. “We basically took everything we talk about here and made little videos and pushed them out like crazy.”

At the Telfair Museum in Savannah, the museum introduced a “hub” for their virtual offerings called, “Telfair Today,” which offers online exhibit tours and other educational content for adults and kids, Chief Curator Courtney McNeil said.

The High Museum in Atlanta also created content for the web, including offering Zoom backgrounds, activities for kids, as well as featured online exhibits and events. The High also added paintings from the museum’s collection to the video game “Animal Crossing: New Horizons” for players to use as decoration, Communications Director Kristie Swink Benson said.

“Our staff has rallied and has really been committed to making sure we remain connected to the community,” Swink Benson said. “It has been really interesting to transition in this way, but I think it has been really positive. I think there are things we will continue to do.”

These innovations, however, have not completely filled many museums' budgetary holes.

While some museums are considering charging for some of these new online offerings, the majority of these resources are being offered to the public for free. As a result, on top of trying to help museums reopen once the pandemic is over, foundations are also helping to fund these online programs.

The Community Foundation for Greater Atlanta, through their Metropolitan Atlanta Arts Fund, has funneled some of their resources towards supporting museums and cultural organizations in the state, according to a press release from May 19.

The Community Foundation noted that many museums and cultural organizations have “channeled their creative, innovative spirits to pivot to online performances and virtual programming.”

“With these grants we’re investing in leadership from both organization staff and their boards of directors, recognizing that strong vision, leadership and innovation are essential to keeping our arts sector exhibiting in new ways through this crisis,” Art Fund advisory board member Virginia Hepner said.

The Macon Museum of Arts and Sciences has sought additional funding during the closures from the Community Foundation of Central Georgia along with other partners like the Peyton Anderson and the Knight Foundations.

The museum anticipates around $190,000 in year-end losses as a result of the museum closure, Executive Director Susan Welsh wrote in an email. On top of the foundation support, the museum also received support from the Federal CARES act’s Payroll Protection Plan, which enabled the museum to preserve jobs for their essential staff.

The museum’s Sherry Singleton said these foundations, which the museum has previous relationships with, have actively sought to support the museum in the middle of the pandemic.

“They’ve really stepped up and asked, ‘Hey how are you guys doing? Is there anything we can help you with?’” Singleton said. “Of course, we have to apply for it and they're reviewing those things, but it has been a huge help for us.”

Elsewhere in the state, the Telfair Museum in Savannah noted that like any business closing their doors their finances have taken a hit.

The museum, however, has received support from a number of foundations such as Terra Foundation for American Art, which provided the museum a $10,000 grant for COVID relief, spokesperson Jason Kendall wrote in an email.

“I think folks out there understand it’s not exactly a banner year for nonprofits in terms of revenue,” Kendall wrote in an email. “From where I sit, I’m seeing people come together and step up to support the arts as much or more than ever, whether it’s private foundations or local or state governments.”

At the Augusta Museum of History, the federal government’s Payroll Protection Plan helped the museum by providing around $78,000 in payroll relief, director Nancy Glaser said. On top of that, the museum received $10,000 in additional CARES Act funds distributed by the Georgia Humanities Council.

These funds helped Glaser continue to support her staff during the pandemic, which was important to her considering all the work staffers have done to help the museum adapt, Glaser said.

As Gov. Brian Kemp announced that museums can reopen their doors, many museums have begun the process. For admissions, that may include mask requirements and introducing timed-tickets that give visitors a limit on the amount of time they can spend in a museum in order to ensure social distancing.

That is on top of other sanitary measures.

The High Museum in Atlanta began its summer camp program on June 8, allowing kids to take over the museum while still adhering to social distancing, communications director Swink Benson said. The museum announced that it is reopening its doors to frontline workers and museum members July 7. For the general public, the museum is reopening July 18.

The Augusta Museum of History reopened their doors June 11 and visitors are required to wear masks. The museum has also limited the number of visitors in particular parts of the building.

Additionally, the Augusta Museum of History is hoping to begin accepting wedding rentals for what they call “mini and midi” wedding ceremonies, Glaser said. While their facilities can accommodate a reception of 400 under normal circumstances, the “mini and midi” receptions would be limited to 100 guests per public health guidelines."

While many museums are optimistic about their futures, others are still in a precarious financial position, even with foundation support and the ability to reopen.

Georgia Humanities President Laura McCarty, whose foundation distributed the federally-allocated CARES acts funds to organizations like the Augusta Museum of History, said some of the 130 CARES Act applicants who came to them were in a very tricky financial position.

“There is a big need in this time of pandemic among the cultural sector,” McCarty said. “The need for humanities resources is great.” 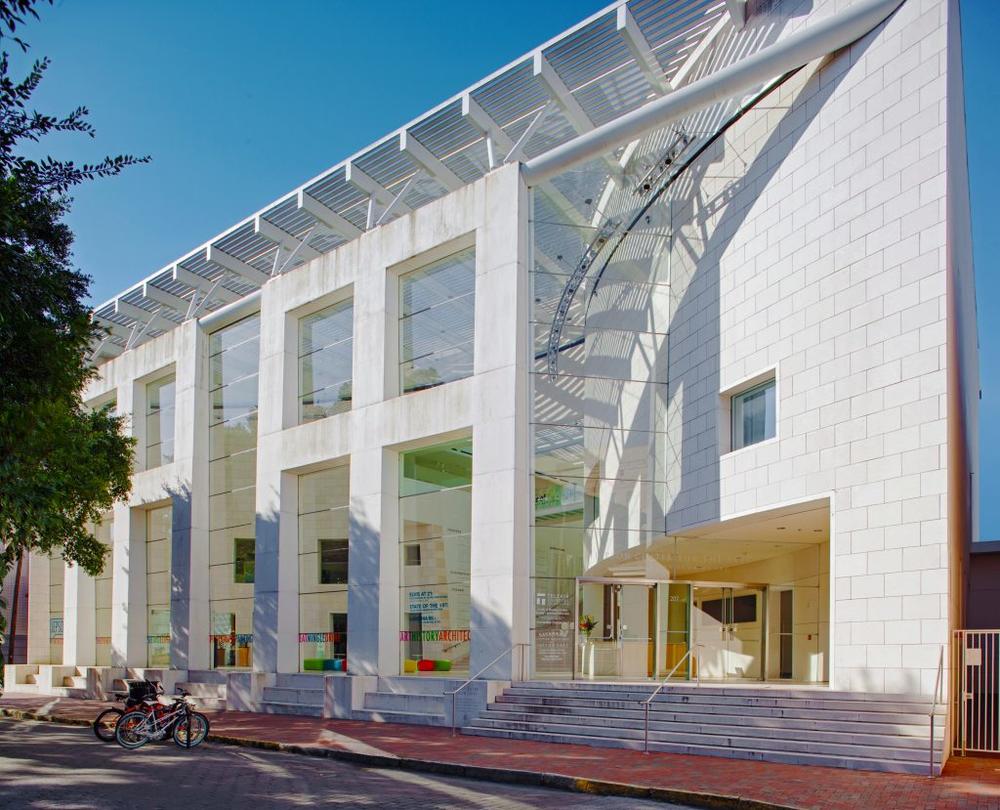 The Jepson Center at the Telfair Museum in Savannah will reopen on June 26, 2020. 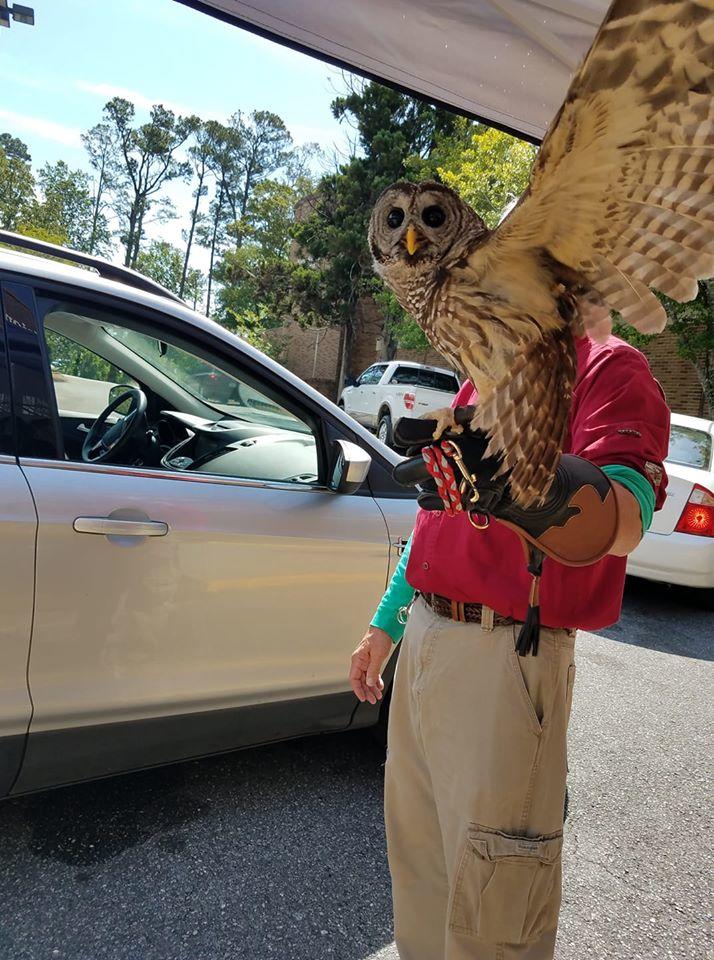 The Macon Museum of Arts and Sciences held a drive-through mini zoo on June 10, 2020.

In May, state public health Commissioner Dr. Kathleen Toomey announced plans to quadruple the number of contact tracers across the state, up to 1,000 by...