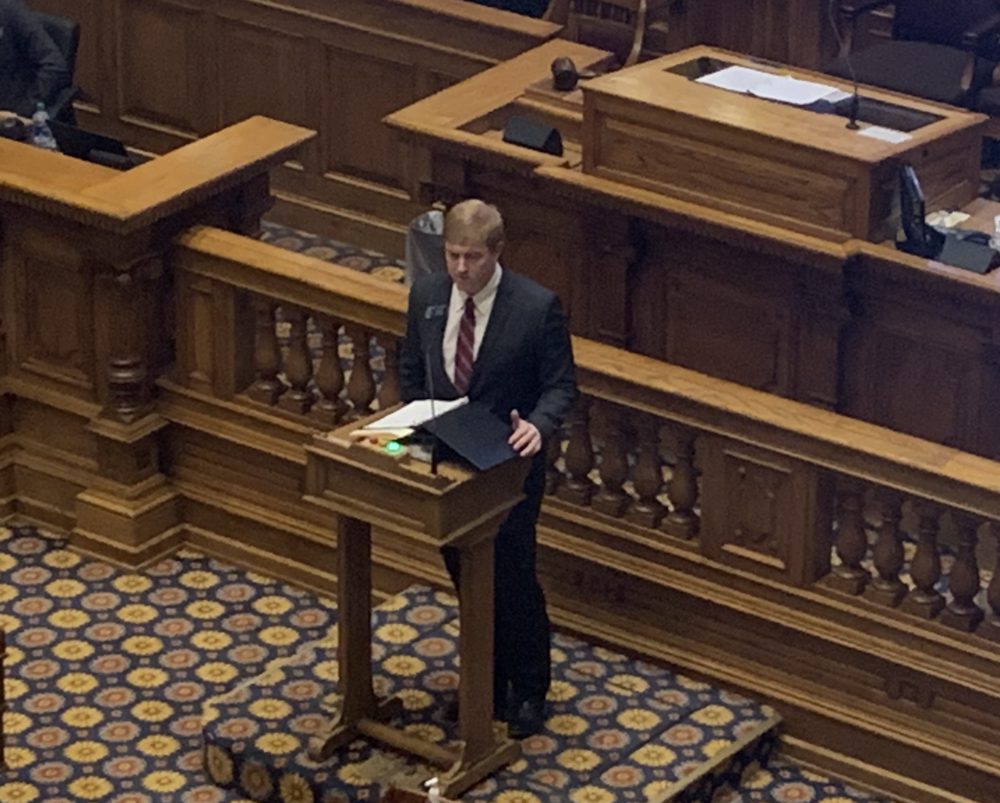 The coronavirus trauma that devastated Georgia’s economy loomed large during Day 34 of the legislative session. Senators spent much of Friday morning contending with how the economic downturn decimated the state budget.

At the same time, the House took the time to remember those who lost their lives to the virus.

“Let’s have a moment of silence for the 151 souls who died because of COVID-19 in Dougherty County,” said Rep. Winfred Dukes, (D) Albany, on the floor of the House.

“To call this an unusual or abnormal time is an understatement at best,” Tillery told Senators.

Tillery reminded them that state revenue projections were down before COVID-19. Last fall, Governor Brian Kemp asked state agencies to cut 6% from their budgets.

“Enter into that a sales tax plummet as we shut down the hottest economy that I know of in my lifetime,” said Tillery.

Tillery said the state saw a billion-dollar drop in revenue from April 2019 to April 2020. The proposed budget means furloughs, job losses, and salary cuts. It slashes $1.05 billion from education coffers.

“We had education needs before the pandemic that we were not funding,” said Rep. Mary Margaret Oliver, D-Decatur. “I’m very distressed about the school budget, in particular, school counselors in school budget cuts.”

Several Democrats spoke the body about their concerns about the need for the state to pursue other sources of revenue.

“Simply what I’m asking is to raise the cigarette tax to the national average,” said Sen. Jen Jordan, D-Atlanta.

The Senate voted 34-17 to pass the budget. The measure is expected to go to conference committee comprised of members of both chambers.