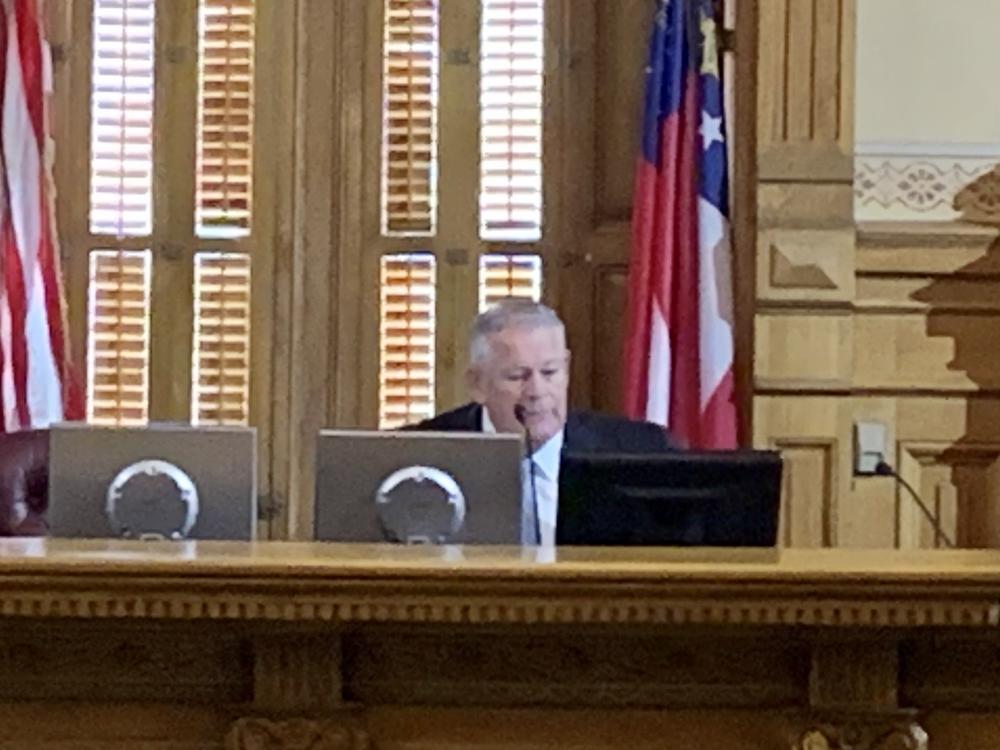 It became apparent race-related criminal justice issues are a priority on the second day of the re-booted legislative session.

Rep. Richard Smith, House Rules Chairman, R-Columbus made that clear Tuesday morning by not entertaining other bills during a Rules committee meeting.

Smith made those remarks and ended the committee meeting without focusing on other legislation.

During a press conference later in the day, House Speaker David Ralston said, "466 days is too long to wait on a hate crimes bill."

The Speaker is frustrated over the House narrowly passing HB 426 – a hate crimes bill – last spring, but then having it stall in the Senate without any action. House Bill 426 would impose additional penalties for crimes motivated by a victim's "race, color, religion, national origin, sexual orientation, gender, mental disability or physical disability."

Georgia is one of only four states without a hate crimes law, and the national focus on racial injustices has put pressure on lawmakers to pass legislation.

Lt. Governor Geoff Duncan has said the Senate wants a stronger law and crafting something that he expects to be in a committee hearing this week.

The Georgia House Democratic Caucus is pushing a slate of legislation called a "Justice of All" reform package.  While a hate crimes law tops the list, among the other priorities, is repealing Georgia citizen's arrest law – on the books since the Civil War. The law became the focus of protests after two men in Glynn County tried to use it as a defense for the murder of Ahmaud Arbery, a 25-year-old black man who killed while running through a mostly white neighborhood near Brunswick in February.

"Anything that falls short of totally repealing (the citizen's arrest law) is unacceptable," said Rep. Dar' shun Kendrick, D-Lithonia. "There is no reason that citizens in the state of Georgia should feel empowered to make any arrest, particularly given the environment that we're in."

But Rep. Jeff Jones, R-Brunswick, wants the law replaced and not repealed. He has introduced legislation to allow citizens to detain another person, but not arrest them.

"(If) your home is being invaded, (or) you're being attacked with force, citizens need their right to protect themselves".

Jones contends repealing the law means businesses could not protect themselves.

"That prevents an employee, even if they are a security person for Walmart, from being able to walk out of the store with a TV," said Jones.

Jones admits he does not expect his bill to gain much traction with so little time in the session. 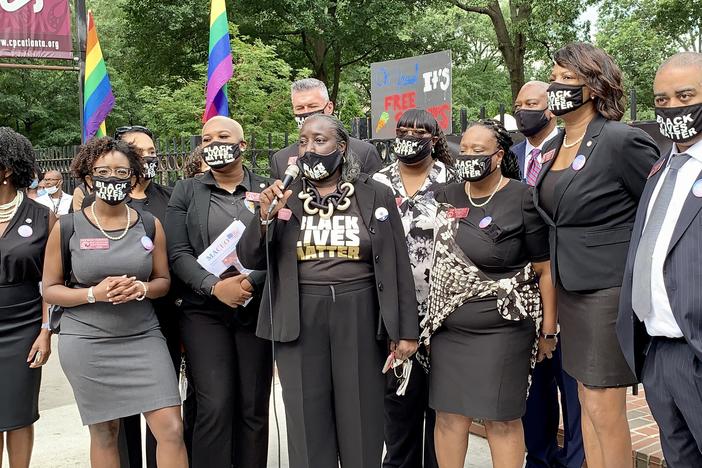