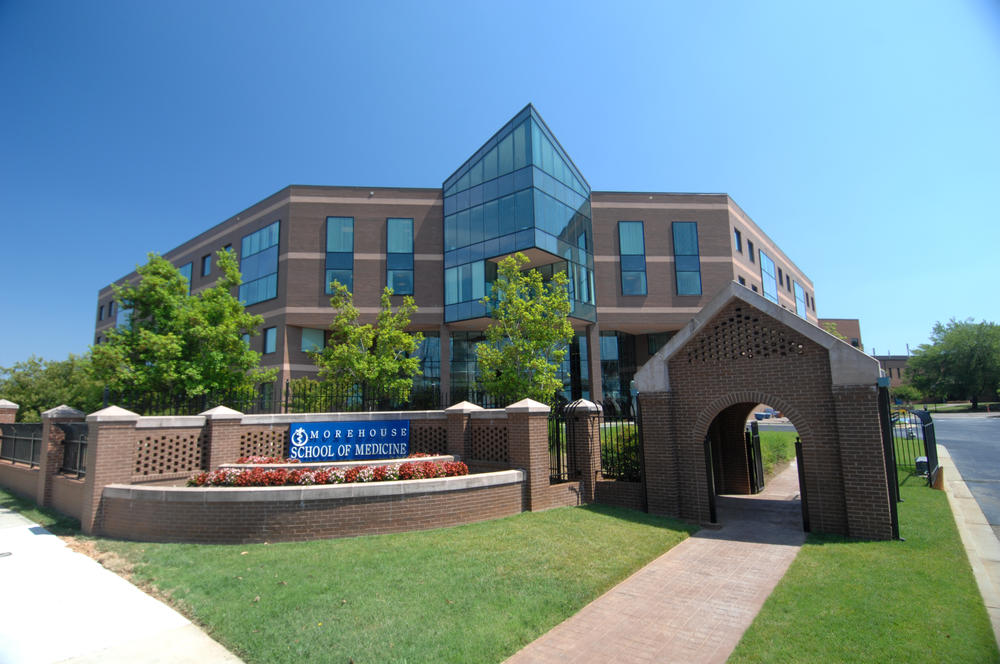 Morehouse School of Medicine, with help from Google will collect and analyze data to see why the COVID-19 pandemic is disproportinately affecting minority communities in Georgia and the U.S.

Morehouse School of Medicine is getting some help from Google to figure out why the COVID-19 pandemic is disproportionately affecting minority communities.

The tech conglomerate is awarding a $1 million grant to Morehouse's Satcher Health Leadership Institute to help the school study the impact that the coronavirus outbreak is having on different racial communities.

The grant will allow MSM to collect and analyze data for the next six months to find the main reasons why the coronavirus pandemic so significantly harms communities of color. Google will also be providing a team of engineers and data scientists to help Morehouse's research during the six months.

"Collecting data has always been a struggle in this country. Mostly because we have not really created a real system that we trust," said Senior Advisor for Morehouse's Satcher Institute Dr. Joia Crear-Perry. "That's something that we're going to work really hard with this COVID center to be an example of how you can collect good data among race and ethnicity in a way that is comprehensive and validated so others can use it for their data for other illnesses such as paternal mortality."

Georgia has almost 55,000 confirmed cases of the COVID-19 virus and nearly 2,4000 deaths, according to the Georgia Department of Public Health.

Despite making up only 32% of the state's population, the Black community has the highest number of cases with over 1,400 and accounts for almost 47% of deaths caused by the virus.

"In places like Georgia, where you have not had, for example, Medicaid expansion. There are hundreds of thousands of people who never had access to health insurance," Perry said. "So, then the ability for the virus to take advantage of those biases in our system. As well as the lack of access to healthcare and health insurance that we have created through policy in communities for black and brown people were going to mean that they were more likely to be ill from the virus."

MSM plans to create a database with their research to give them a detailed breakdown of COVID-19's impact by race, ethnicity, gender and other critical factors. The information will be mapped based on the trajectory of COVID-19 cases, hospitalizations, and deaths across the United States to help health professionals address health inequities in disproportionately impacted communities.

"So, we are creating a health equity task force, and this task force will be inclusive of all population groups," said Director of the Satcher Institute Dr. Daniel Dawes. "We want these community leaders to be able to access it."

MSM hopes that this data will help policymakers understand how health inequalities play a role in affecting communities of color during the COVID-19 outbreak. They also want this information to encourage politicians to find solutions that ensure those communities receive the targeted help that they need.

"We'll have folks from each level of government not only from local and state policymakers but also federal policymakers both in congress and in the executive branch," Dawes said. "In addition, we're bringing an incredible group of folks to help us design this. We'll also have community leaders representing these various communities of color."

The MSM and Google's research is starting as protests and calls for racial equality in America's justice system continue after the May 25 death of George Floyd while in the custody of a white Minneapolis police officer.

Crear-Perry believes, just like her colleagues, that Georgia will see an upward trend of new coronavirus cases before the summer is over. Still, she does not feel the protests will be the sole reason increased number of the virus.

"I think that the states like Georgia were already reopening prior to any protests," Crear-Perry said. "The political leadership in those states has made a decision that communities, even though the cases were already rising, and even though they did not have accurate testing, were able to reopen."

Crear-Perry also believes that the protests for social justice and better efforts for racial equality is not only directed at the justice system. It can also be a message to America's healthcare system to start providing better medical care for the Black community and other minority communities.

"What they are saying is 'I am willing to protect my community,' by saying that it's unjust and it's wrong to kill and devalue black people,'" Crear-Perry said. "So, both of these are public health crisis and the risk that was put on these communities by reopening without taking into account their risk of death. That's the crisis we are fighting against."