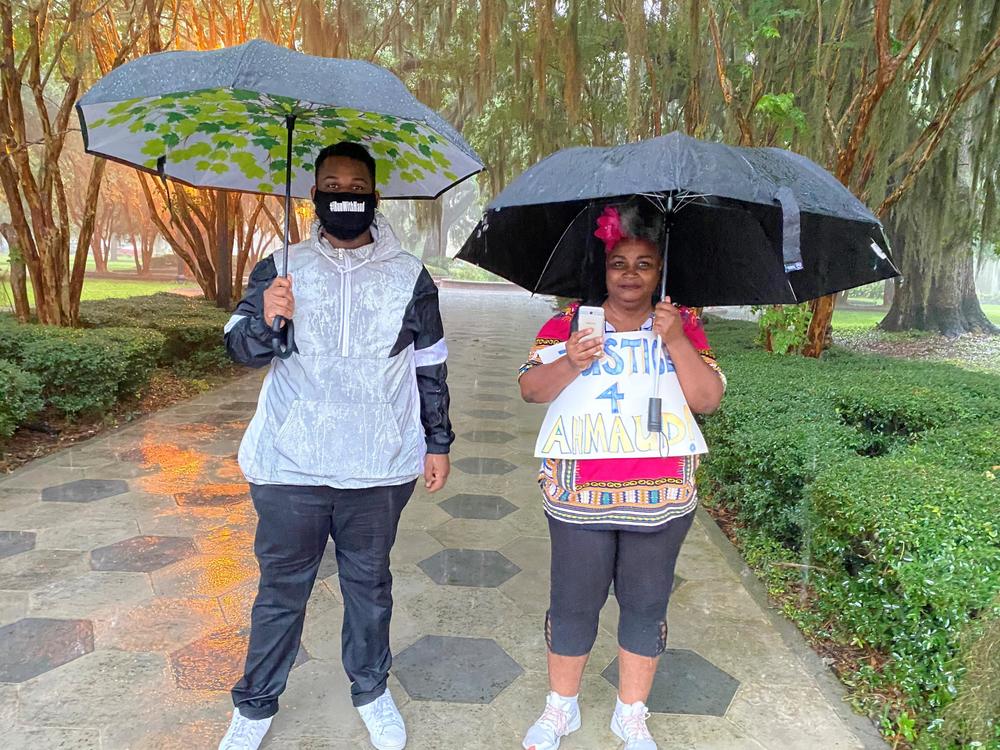 Arbery supporters stand outside the Glynn County Courthouse during the June 4 hearing.

Some Georgia lawmakers are calling to quickly scrap the state's 19th-century citizen arrest law that was cited in one prosecutor's controversial justification of the killing of Ahmaud Arbery.

Democratic state Rep. Carl Gilliard on Friday said the law adopted in 1863 is an antiquated relic from the time of the Wild West. Arbery was killed Feb. 23 when a white father and son pursued him after spotting him running in their neighborhood.

The father said he suspected Arbery of break-ins. More than two months passed before arrests were made in Arbery's death.

The first outside prosecutor assigned to the case concluded chasing Arbery was legal under the citizen arrest statute.