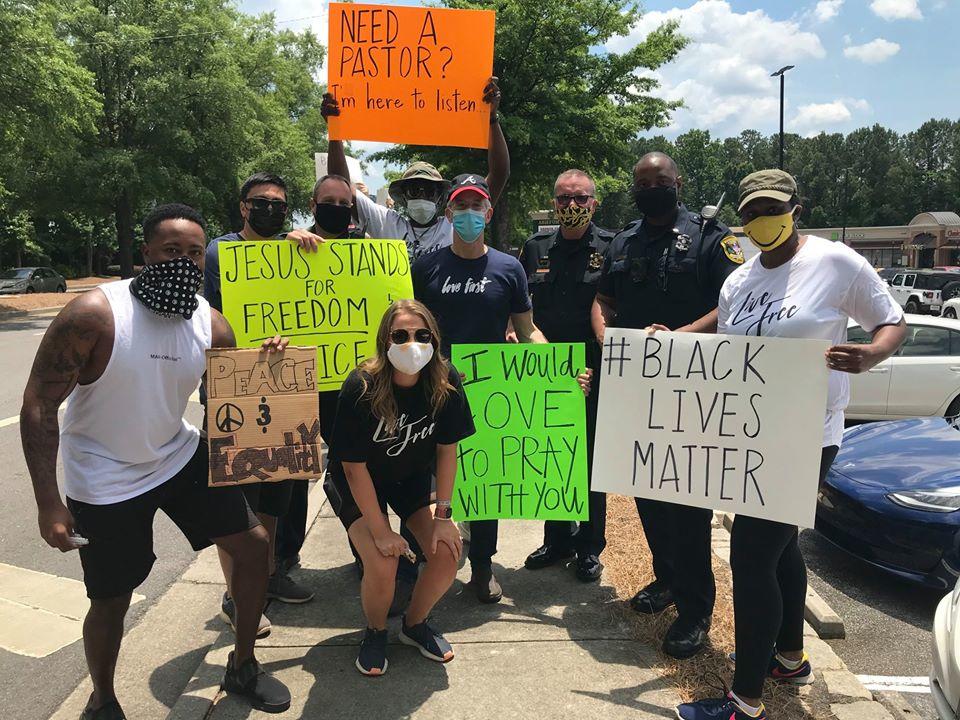 Protesters in pose for a picture with Dunwoody police officers after a protest in front of the police department's headquarters on June 1.

After more than a week of protests following the death of George Floyd, officials in the law enforcement community continue to share their thoughts, feedback, and ideas on how to move forward.

Former President Jimmy Carter on Wednesday said he feels a responsibility to bring equity to Georgia and the nation, and that people of power, privilege and moral conscience must stand up to a racially discriminatory police and justice system.

Carter said, "We are better than this."

Floyd, a 46-year-old black man, died in police custody last week after Minneapolis police officers arrested him for trying to buy cigarettes with a counterfeit $20 bill. When Floyd was arrested, Derek Chauvin, a white officer, placed his knee on the back of Floyd’s neck for more than eight minutes, even after Floyd passed out.

Chauvin now faces a charge of second-degree murder in addition to earlier charges, and three other former Minneapolis police officers — Tou Thao, J. Alexander Kueng and Thomas Lane — who were involved in Floyd's death face charges of aiding and abetting murder, according to new court documents.

Woodstock Police Chief Calvin Moss said he was troubled by the video of Floyd’s death, not only as a police officer but also as an American citizen.

“Those Minneapolis officers either forgot that sacred Oath or never understood the importance of it in the first place,” Moss said in a statement. “They failed Mr. Floyd and the very citizens they swore they’d defend, and they dishonored a profession that so many have given their lives to protect.”

He believes the video has had an enormous and irreversible effect on the nation’s peace officer, including those in his department.

“It is our job to keep the peace, not to needlessly breach it,” Moss said.

In Gainesville, officers are becoming targets for violence, the department shared on Facebook. Officers have dealt with people throwing rocks, bottles and fireworks at them while on duty.

There have been two incidents of violence to officer off duty within the past week. One officer had their patrol car set on fire at their home, and another needed medical attention after a man with a sharp object attacked them.

Despite the attacks, the police say they are still proud to serve their community.

“We will continue to protect and serve as the professionals that we are,” Gainesville police said in their statement. “We do not oppose you; we stand with you. We stand firm against violence. We stand firm for you, the community. As a community, we must stay united against destruction and violence.”

Dunwoody police Chief Billy Grogan said in his statement that he was sickened by what he saw in the video of Floyd’s arrest. He believes that the conduct by all the officers involved was unacceptable, and they should all be held accountable.

RELATED: Police Across Georgia Issue Statements In The Wake of George Floyd's Death

“I can assure our citizens that the Dunwoody Police Department values the lives of all people and do not take our oath and the responsibilities we have as police officers and as human beings lightly,” Grogan said. “Our culture is one of collaboration, partnerships and service.”

Grogan applauded the protesters who held a peaceful demonstration outside the department on June 1 and condemned those who took part in the looting and riots that have occurred throughout the U.S.

“The destruction and burning of buildings, the looting of property and the violence against the police and innocent civilians must stop,” Grogan said. “I believe the majority of people who are outraged by what happened in Minneapolis want to help change things for the better and are peaceful protesters. Yet, their just cause is being hijacked by these looters and rioters.”

“We feel the pain of our citizens during this horrific demonstration of injustice by the four officers during the arrest of Mr. George Floyd,” Douglasville Police Chief Gary Sparks said in his statement to his citizens.

Sparks praised the people of Douglasville and his officers for holding a peaceful protest in response to George’s death on May 31.

Sparks also announced that Douglasville police are creating an open forum for people to express their concerns about the issues surrounding Floyd’s death in the coming days.

Decatur Police Chief Mike Booker said that while the acts exhibited by the police officer involved in Floyd’s arrest are painful to observe, he wants Decatur to know that is not their police department.

“It saddens us deeply as systemic poor decisions or improper training, or even worse, create a tragic event that sheds a bad light on all Police Officers,” Booker said in his statement. “While some in our community exhibit values, thoughts, or actions that can only be interpreted as racially motivated, this is not your Police Department.”

Booker also said that the Decatur Police Department takes pride in hiring the best people to become officers and encourage them to engage in the community they serve.

“In all of our actions, safety comes first, and the use of excessive force is never acceptable,” Booker said. “Our officers are trained to de-escalate situations and to use dialogue and respect in all situations.”

The law enforcement leaders of these five communities are the latest to condemn the actions of the arresting officers involved in George Floyd’s death and reassure their citizens that their departments will never act that way. 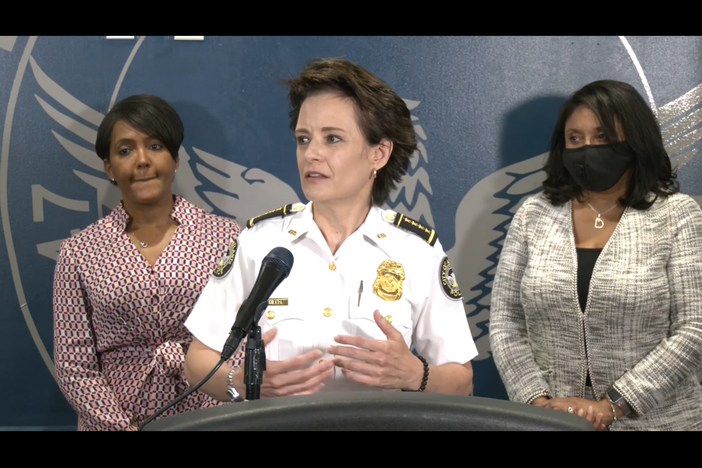