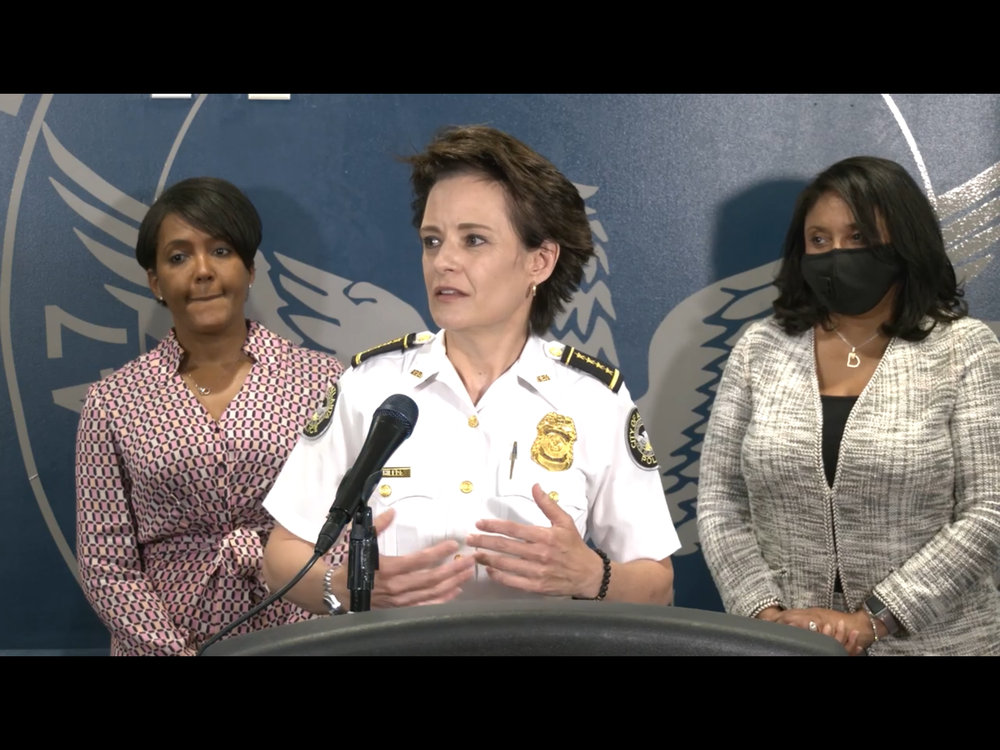 Atlanta police chief Erika Shields answers questions about out-of-state protestors being involved in the city's protests during a press conference on May 31.

Government leaders, including President Donald Trump, posited last weekend that out-of-state agitators brought violence to protests across the nation over George Floyd and other deaths of black people at the hands of white police officers.

In Atlanta, police arrested 298 people over the weekend. GPB News is waiting for more information from police about all the folks arrested during protests, marches and violent riots, but we have a breakdown on the 82 people processed through the Fulton Couny jail over the weekend.

Protests have become increasingly violent with several escalating into riots since the video of Floyd's arrest by a Minneapolis police officer went viral. In that footage, filmed by several bystanders, the now-fired officer pressed his knee into Floyd's neck until Floyd stopped responding and shortly thereafter died.

Some of the late-night riots, including several in Atlanta, resulted in looting, property damage and violence. As these demonstrations turned violent local leaders like Minnesota Gov. Tim Walz and St. Paul Mayor Melvin Carter blamed people from other states.

Later, both leaders walked back their statements after local data proved their claims to be false. That did not stop Trump from tweeting Walz's false claim that 80% of the people causing damage in the Minneapolis protests were from out of state.

Senate Majority Leader Mitch McConnell shared the president's opinion about out-of-state agitators in response to the violent protests on Monday, according to NPR.

Most of the people were booked in the city's jail, but 82 of them were taken to the Fulton County jail for offenses that included disorderly conduct, burglary and criminal property damage, according to the Atlanta Police Department.

RELATED: Despite Curfews And Heavy Police Presence, Protests Persist Across The Country

Only six of the protesters booked in the county jail live outside of Georgia, according to arrest records from Fulton County Sheriff's Office obtained by GPB News. Forty-six arrested Georgians were booked with identification showing they lived outside of Atlanta.

The six people booked with out-of-state identification came from five different states: Virginia, Pennsylvania, New Jersey, Kansas and Colorado. This group of six consisted of two black women, three black men and one white man, according to the gender listed on their identification. The youngest of the six out-of-state residents was 22 and the oldest was 36.

Of the 82 people processed through the county jail, 69 of them were between 18 and 34 years of age.

More than half of them, 48, were black. The rest were white, 30; Asian, two; and one person identified as Pacific Islander, while one could not be identified by race, police said.

This story will be updated as police share data from recent arrests. 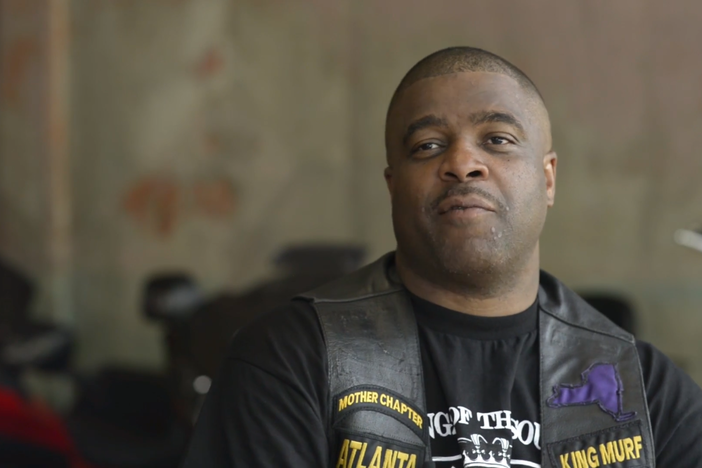 Atlanta Police Officer Recovering After Being Struck By ATV

Atlanta police Officer Maximilian Brewer is recovering at Grady Memorial Hospital after being struck by an ATV late Saturday night. Brewer was assisting...