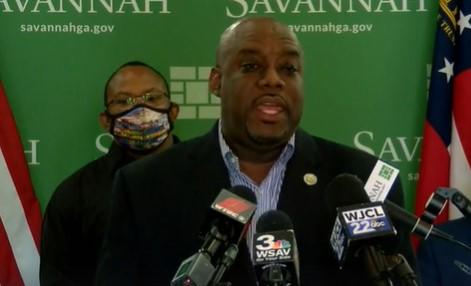 Savannah Mayor Van Johnson addressed reporters Saturday evening to discourage violence and say he would attend a protest in the city's downtown on Sunday.

Savannah Mayor Van Johnson plans to attend a protest in the city’s downtown Sunday, he said in a press conference Saturday evening.

The demonstration, inspired by the killing of George Floyd by a Minneapolis police officer as well as the killings of Breonna Taylor by Louisville police and Ahmaud Arbery near Brunswick, initially raised suspicions among Savannah’s activist community.

The Facebook event, originally called “Savannah #BLM Protest,” was created by an individual and not clearly affiliated with any local organizations. Local activists on Saturday raised questions and discouraged attendance, fearing the event was an attempt by someone outside Savannah to incite violence. They pointed to a note in the event description to bring milk, commonly used to treat tear gas exposure.

That has changed since Johnson’s press briefing.

“Please let me make myself absolutely clear: we will not let you or anyone else come here and trash our city,” Johnson said. “We are not having it here.”

He went on to say he would attend the protest, along with other members of the city council and community leaders. He also called on faith leaders to guide the event.

Johnson dismissed the notion that there would be any violence or police crackdown.

“Please note: there is no need to bring milk. Milk is only good in cereal,” he quipped.

On Facebook, the direction to bring milk has been removed. The name of the event has been changed to “Savannah George Floyd Protest” and one of the initial critics of the gathering is now listed as a host alongside the original organizer.

“We want this even to be safe and open for everyone,” the event description now reads. “We want everyone to be comfortable and peaceful--we DO NOT condone or encourage violence.”

The plan as described online no longer calls for a march, but instead a stationary protest in Johnson Square, which faces Savannah’s city hall.

“Please, PLEASE, do what you can to help keep this a peaceful demonstration,” the description reads.

A small group is also planning de-escalation training prior to the protest in an effort to prevent violence and keep demonstrators safe.

“We will continue our dialogue with our [police] chief to let him know that we do not expect to have an incident such as the Floyd case happening here in Savannah,” Johnson said. “And if it does, that we will act quickly and decisively.”

He cited his own background in law enforcement and also expressed sympathy for the anger and frustration many feel over Floyd’s killing and other similar incidents.

“As a black man who has had negative encounters with rogue police officers, I also join those mothers, fathers, grandparents and children who are afraid of encountering the police,” Johnson said.

But, he said, violence and rioting “takes the focus from where it needs to be: justice.” 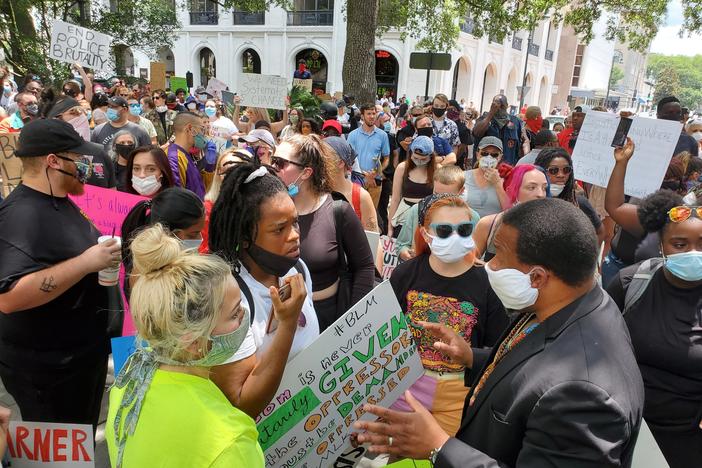 UPDATE: Mayor Van Johnson implemented on Sunday a citywide curfew in effect from 8:30 p.m. to 7 a.m. nightly while necessary. He said the city means to... 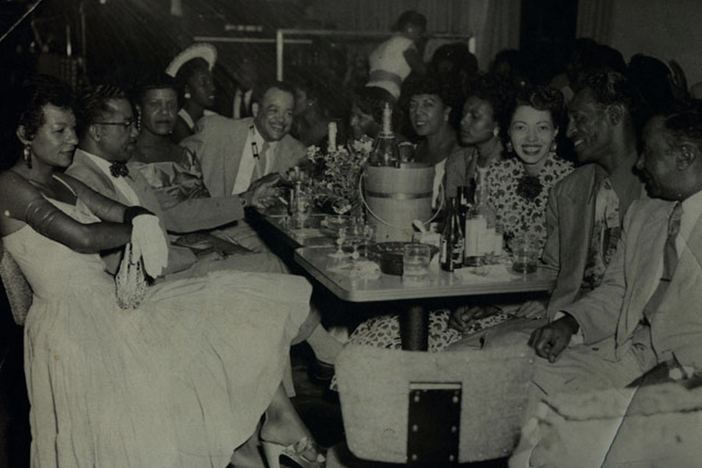