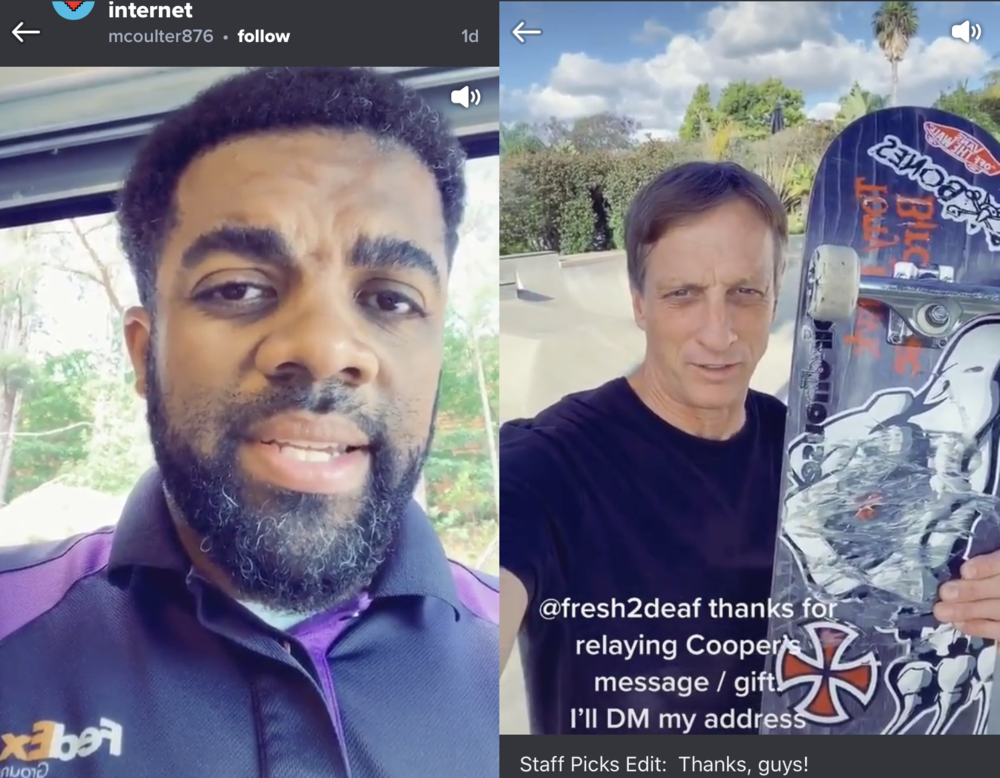 Skateboarding legend Tony Hawk sent a special shoutout and a new skateboard to a metro Atlanta boy thanks to assistance from a FedEx driver.

The driver, who posted a video of the story on his Imgur account under his username mcoulter876, was on his delivery route in Suwannee when he saw an 8- or 9-year old boy running after his truck.

The boy, whose name is Cooper, asked the driver if he knew Hawk.

After the driver replied that he did, Cooper asked him if he could mail something to the skateboarder. Then, the boy gave the driver his skateboard, which the driver showed on the video.

RELATED: Not My Job: We Quiz Skateboarding Legend Tony Hawk On Fancy Birds

“His mom comes outside and kinda winks and is like, ‘Yeah, make sure you get it to Tony Hawk,’” the driver said in the video.

Right around the same time in the video, the driver added a caption at the bottom of the video, saying, “I think he needs a new skateboard too.”

Since the driver did not know the skater’s address, he decided to make the video and post it on the internet to see if he could do anything. At the end of the video, the driver asked Hawk to send him a reply if he sees the video so he could show it to Cooper the next time he drove by his house.

The video went viral on Imgur, and Hawk did see it.

The skateboarder responded by thanking Cooper for the skateboard and sending the driver his address so he could mail it to him.

Hawk said in the video that Cooper’s board is on the way to his house, and he would be sending the boy his skateboard, which he was holding in his video.

“Thanks buddy. I hope to meet you sometime,” Hawk said, finishing the video.