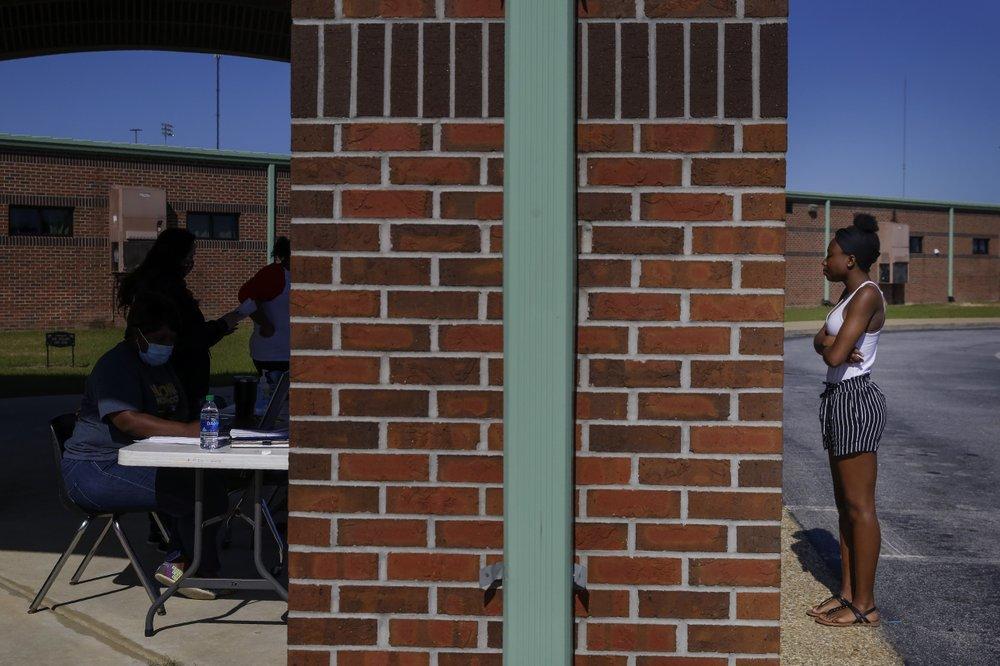 In this Thursday, May 7, 2020 photo, Azandria Torbert, stands in line for graduation information at Chattahoochee County High School after the school district called an early end to the school year, in Cusseta, Ga.

After the Chattahoochee County school district called an early end to the school year, seniors lined up one day last week to complete their graduation paperwork.

Students who hadn’t seen each other since in-person classes ended abruptly in March amid the coronavirus outbreak commiserated over all they’ve missed out on, including the prom and a senior class trip.

Some also wondered about what they may have lost academically.

“Honestly, remote learning, I don’t think was my favorite thing,” said 18-year-old Isabella Branson. “It’s kind of hard to stay motivated when you don’t have anything to look forward to and you don’t see your friends.”

The small district in rural Georgia is among many around the U.S. that have pulled the plug on distance learning, all citing familiar reasons. It’s too stressful, the lack of devices and internet access is too much to overcome, and what students get from it just isn’t worth the struggle.

In Georgia, where the school year is ending early for one of every 10 students, many district leaders say the final weeks of the school year would have been dedicated anyway to preparing for and taking standardized tests that are now canceled. The governor and state schools superintendent who have moved to dismantle parts of Georgia’s high-stakes testing system have said they are not opposed to fewer instructional days.

“We didn’t cut any class time out,” Chattahoochee County High School Principal Josh Kemp said. “There was no reason to pile more on our parents and students.”

But Kemp and others also acknowledge that there was material that wasn’t covered and that teachers will have to find a way to fold it in next year for returning students.

“They weren’t able to get all the standards,” said Tammy Bailey, the science department chair at the high school. “I think there will be a gap.”

Classes had been scheduled to run through May 21 but remote instruction instead came to an end May 8 in the Chattahoochee County school district. A majority of the high school’s 450 students live on the U.S. Army’s sprawling Fort Benning, while a minority live around the small town of Cusseta. Only 59% of households in the district have access to broadband internet at home.

Other districts around the country that are ending the school year early including Omaha and some nearby suburban districts in Nebraska, Washington, D.C., and some in New Hampshire. Officials say they want to relieve stress on families, ease problems for students without internet access, and focus on preparing for a fresh start in the fall.

The last three weeks of school is “probably not prime instructional time,” said Andrew McEachin, an education policy researcher at RAND Corp. But he said that kids in struggling households may suffer most from being cut off from the normalcy of a school routine.

“I think the biggest thing about cutting a school year short is not what it does on average, but what it does on equity,” McEachin said. “Even if school isn’t working as well as we want it to be, that may be the best access low income students have to learning.”

Georgia Gov. Brian Kemp, a Republican, said on April 16 that he trusted schools to set their calendars and the following day, state Superintendent Richard Woods wrote that schools’ focus during the pandemic should “not be on test scores” but on making sure children are “healthy, safe and nurtured.”

But Michael O’Sullivan, executive director of GeorgiaCAN, a group that supports Georgia’s testing system, says this spring has been a preview of a “zero-accountability world.”

“It’s the easy way out of a very difficult situation, but that doesn’t mean it’s going to be good for kids,” O’Sullivan said.

Some schools in Georgia are making plans to combat academic losses from the year, such as beefed-up summer sessions. The Scintilla Charter Academy in Valdosta is aiming to start the next school year on July 23, to make up the time it lost when it ended on April 30.

Scintilla Dean of School Mandy Avera said her families were “stressed and overwhelmed” by online learning. The school covers kindergarten through sixth grade, and Avera is among educators who question whether younger children can successfully acquire critical skills like learning to read without a face-to-face interaction with a teacher.

Back in Cusseta, some seniors were stressing about being able to bring only four guests to a socially-distant graduation ceremony, while others were disregarding imposed distance to hug and gossip. But Chattahoochee County Superintendent Kristi Brooks was already trying to think about the next school year, despite uncertainty on whether in-person classes will resume. 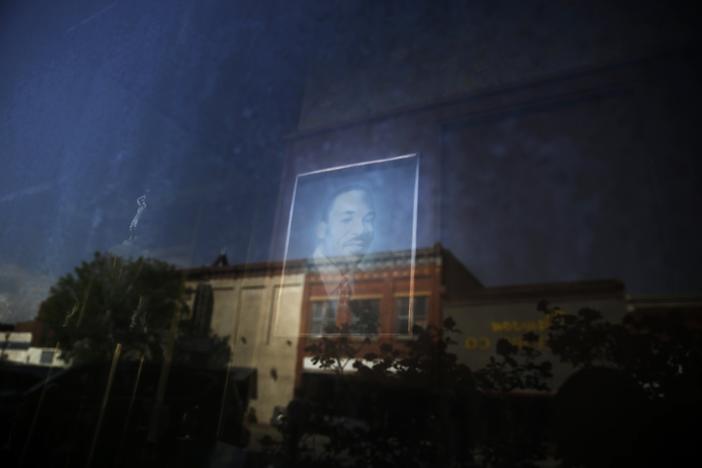 'It's Gone Haywire': When COVID-19 Arrived In Rural America

As the world’s attention was fixated on the horrors in Italy and New York City, the per capita death rates in counties in the southwest corner of...

The superintendent of Fulton County Schools, Mike Looney, spoke with NPR’s Morning Edition anchor Rachel Martin about how the district is seeking to...