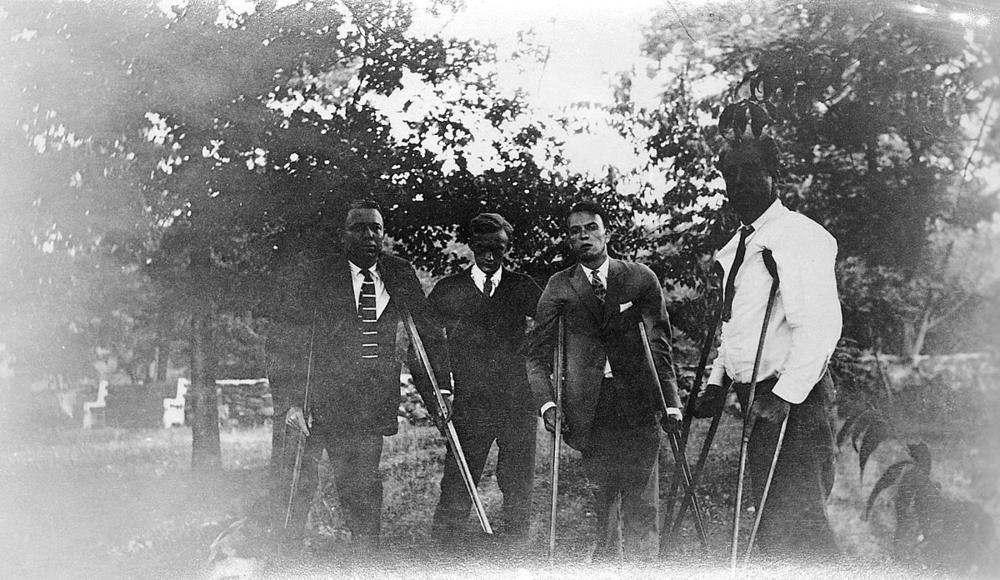 A summer without trips to the beach or Saturdays at the pool might be hard to imagine, but it wouldn’t be the first time an epidemic shut down American communities. In the 1940s and ‘50s, polio outbreaks would regularly scare people into staying home from church, stores, and the movies.

Linda Priest was just two years old when she contracted polio in her hometown of Nashville, Georgia, near the state’s border with Florida.

“I have been in a wheelchair since I was two years old because of a tiny microscopic organism," said Priest, who now lives in Buford, Georgia. "And that’s exactly what coronavirus is."

“I remember how I had to wash my hands. It was like it is now: no pools, no movies, no theaters,” Priest said. “There was social distancing before we had that word.”

The polio epidemic continued into the 1950s. It found Wayne Nichols in the summer of 1953 in Chicago. Out of seven family members in a two-bedroom home, only he caught polio. Self-quarantine wasn’t an option then, like it is now for some people with coronavirus.

“When I was 3 years and diagnosed with polio, I was ripped out of my mother’s arms and put in quarantine in a hospital miles away from my parents’ house,” said Nichols, who now president of the Atlanta Post Polio Association. “Try and explain that one to a 3-year-old.”

Linda Priest was quarantined away from her family too — and today she fears a repeat with coronavirus. That’s why she began sheltering at home back in early March.

“The thought of being put in a hospital again and not being able to see my children or my support system just scares the willies out of me,” Priest said.

Elena Conis, a historian at the University of California, Berkeley, says fears of polio persisted until 1955, when scientists licensed a vaccine.

“Immediately you saw people going back to normal and jubilant that life as they remembered it would finally be back,” Conis said.

Yet it wasn’t until 1979 that officials were able to declare polio eliminated from the United States. Conis says that’s partly because financial support for a national immunization campaign tapered off within a few years. As people grew complacent about the threat of polio, the virus reappeared — but not everywhere.

“Families who had the means to see a doctor regularly would end up hearing about the importance of the vaccine, but those without the means to get regular access to healthcare would not hear those messages and would not necessarily get the vaccine either,” Conis said. “It was a combination of factors that led polio to start to concentrate in poor and urban areas.”

Now moving into the third month of the U.S. coronavirus epidemic, Gov. Brian Kemp is easing coronavirus restrictions, and many in Georgia are eager to get back to their routines — even before there’s a coronavirus vaccine.

Nichols says the Governor has gone too far.

Nichols says he disagrees with reopening movie theaters and bowling alleys. As for church, it’ll be awhile before he feels comfortable going back to normal.

“I don’t see me going back to the day where I was hugging people on the neck at church — not until they find a cure to this thing,” he said.

But Nichols does think it’s OK for some businesses to stay open.

“To go to Home Depot, where I can stay 6 feet from my somebody, I feel comfortable with that,” he said.

Nichols says as much as people want their lives back, the reality of a pandemic means they still need to be careful.

“Can somebody get hurt? And the answer is yes,” Nichols said. “Your grandfather. Your parents.”

Polio survivors Linda Priest and Wayne Nichols say they don’t want to relive history, and until there’s a coronavirus vaccine, like there was for polio in 1955, they plan to stay close to home.