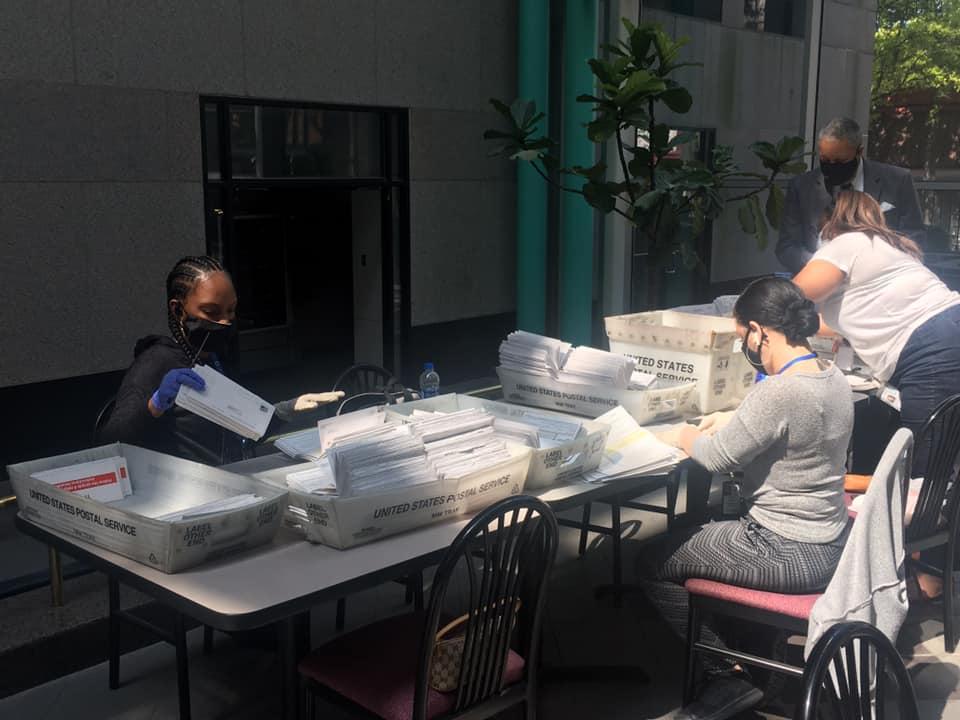 An employee in Fulton County’s election office has died from COVID-19 and another was hospitalized, underscoring safety concerns local elections officials face in preparing for the June 9 primary.

Beverly Walker, 62, died April 15 after being hospitalized and put on a ventilator, Fulton Elections Supervisor Richard Barron said. Walker, a registration officer, worked in the division for more than 15 years before retiring in 2012, then returning on a part-time basis.

Walker’s colleague, Registration Chief Ralph Jones Sr., also fell ill and was presumed to be positive for the coronavirus. He was admitted to a hospital where he received oxygen and was discharged the next day, Barron said.

Both employees were last in the elections office on March 23, according to Barron.

“It’s created quite a bit of sadness in my department,” Barron said of Walker’s passing. “This is pretty real to us.”

Walker’s death and Jones’ illness have personalized the coronavirus pandemic for Barron and his colleagues.

“We’ve kind of asked ourselves, ‘Are we going to be asking the poll workers to do something we wouldn’t do?’” Barron said.

Nearly 20,000 cases of COVID-19 have been confirmed in Georgia as of Tuesday afternoon. In Fulton, the most populous county, at least 2,200 have been infected and 82 have died.

Against the background of Gov. Brian Kemp’s move to reopen some businesses starting later this week, elections officials are preparing to assist individuals who choose to vote in-person when early voting resumes in May.

Barron said his office has not yet received guidance on what poll workers should do if an in-person voter shows signs of illness.

“I would hope that the state would put some sort of guidelines out,” Baron said. “I feel a responsibility to the safety of these individuals.”

Fulton County is just one of 159 counties working quickly to ensure that polling locations are safe for the upcoming election. But, as deaths from COVID-19 hit closer to home, elections supervisors must strike a difficult balance between protecting employees and guaranteeing all voters the right to cast a ballot.

Funeral services for Walker are set to be livestreamed Friday.

Nicole Sadek is a reporter for the Georgia News Lab

The News Lab is an investigative reporting partnership between Georgia universities, Georgia Public Broadcasting, The Atlanta Journal-Constitution and WSB-TV. Reporting for this story was funded in part by the Democracy Fund.

Georgia has received more than $4 billion in federal funding to help the state and local governments soften the blow of the coronavirus pandemic, but...