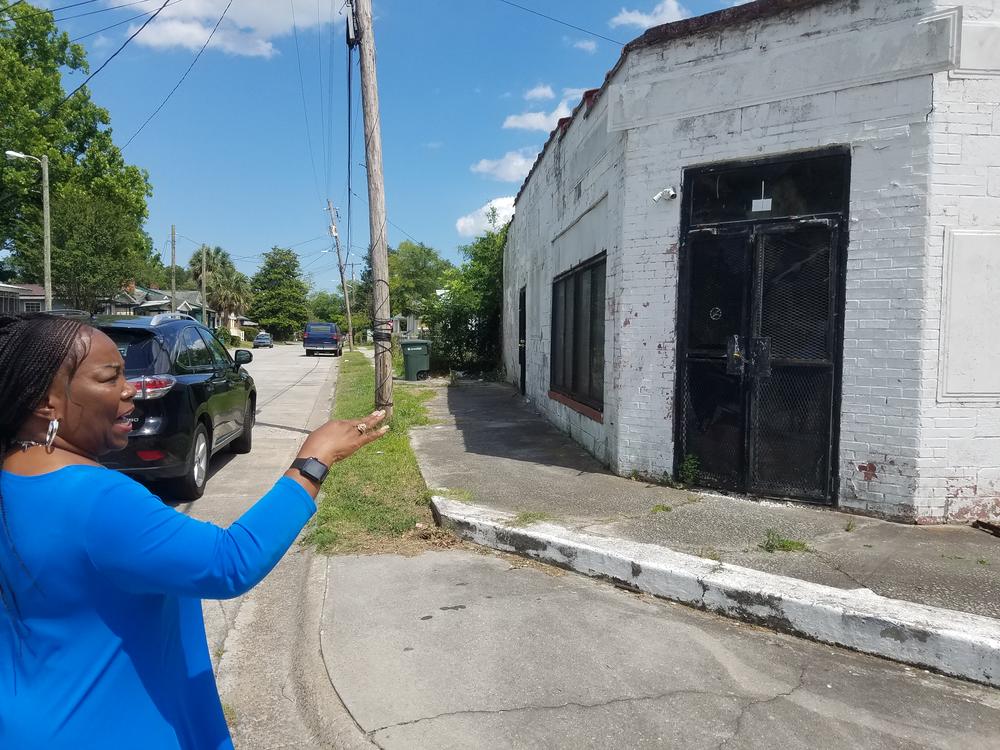 Marsha Buford points out the former site of a neighborhood grocery in West Savannah. Today, the closest grocery stores are more than two and a half miles away.

Food deserts, or areas where there’s nowhere to buy fresh, healthy food, don’t just happen on their own. Everything from city codes to discriminatory lending practices have kept stores and developers from investing in neighborhoods. Now, city planners in Savannah are trying to write codes that attract grocery stores.As Savannah overhauls its zoning codes, planners and advocates are hoping new rules will attract grocery stores to neighborhoods that need them.

As Marsha Buford drove around her neighborhood, West Savannah, recently, it was easy to notice a pattern in the stores she pointed out: mostly convenience stores and gas stations. One sign says “supermarket,” but according to Buford, “there’s nothing super about the market, ok?”

This majority black neighborhood is just under two miles from the shining gold dome of Savannah’s city hall. But the nearest grocery stores are more than two and a half miles away.

Buford is president of the neighborhood association, so she knows a lot of people and greeted them as we drove by.

“I was bringing her through the neighborhood to show her we don’t have a grocery store, and we need one,” Buford called out to Lillie Howard from across the street.

“Yeah but you know why,” Howard replied, “they say we don’t have enough people out here.”

Not having a grocery store makes things tough for residents like Howard and Varnell Middleton, who are sitting together.

“Got to go way up in Garden City to the grocery store. You don’t have no car, how you gonna get up there? I know I sure can’t walk with that stick up there,” Middleton said.

Buford agreed. “We can’t walk to the grocery store,” she said.

So how do you get a grocery store to open? It’s complicated, but Lillie Howard’s right:

“They need people that are gonna shop there. Period,” said Paula Kreissler with Healthy Savannah, a group that promotes health and nutrition.

“We’re not talking about high rises,” Kreissler said. “We’re just talking about increasing the number of people in a neighborhood will get a store in there in a heartbeat.”

A city’s zoning ordinance affects how many people live in a neighborhood. Savannah’s dates to 1960. Marcus Lotson of the Metropolitan Planning Commission said planners back then didn’t account for things like food access.

“We know where the food deserts are in Savannah. And we think we can address that with zoning,” Lotson said.

That means increasing density in some places, say allowing more units in an apartment building, in hopes more people will attract stores. It also means allowing stores where they didn’t used to be because grocery chains are trying out smaller stores.

The new ordinance also prioritizes some types of stores over others. The main road bordering West Savannah, for instance, is currently a “general business” zone. Under the new rules, it would be a  “community business” zone, designed to “serve a community-wide market area.”

Lotson said none of this will guarantee new grocery stores, but it could help.

“We still can’t control the market, you know, and say ‘grocery store A, we need you to set up a store right here,’” he said. “That would be great, but all you can really do is make it easy for them.”

The new zoning goes before the city council next month. If adopted, it would go into effect in September. 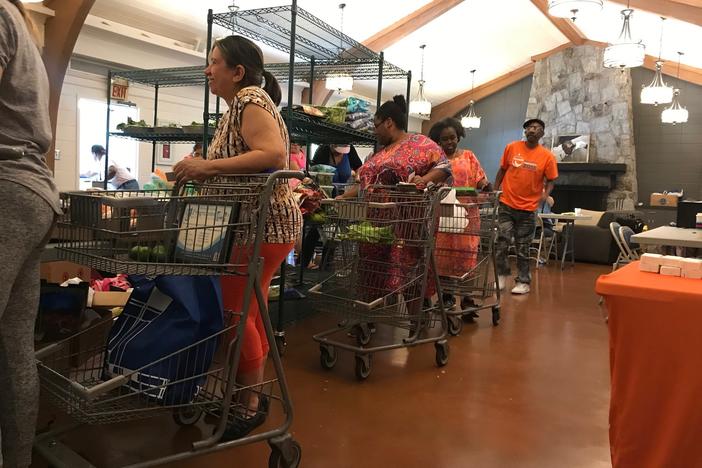