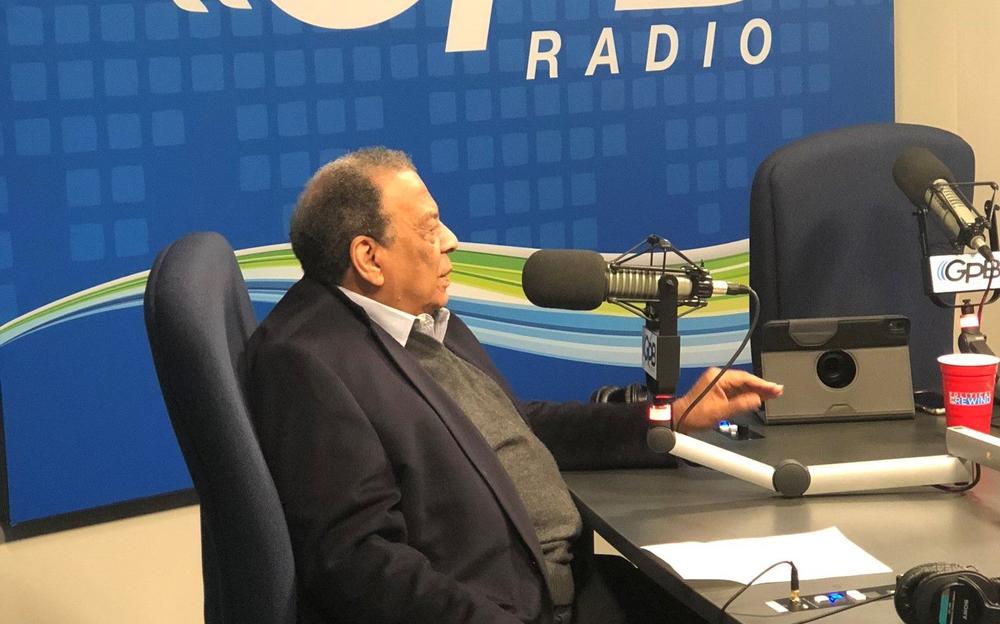 On Georgia Public Broadcasting’s Political Rewind with Bill Nigut, Young said Biden was a friend of his and someone who could bring the Democratic electorate together.

He compared Biden's recent primary victories to the success of a former Mayor of Natchez, Miss., who was elected with 93% of the vote in a city split between white and black communities.

“And the first time we saw this nationally was with this Joe Biden resurrection,” Young said.

Young joined the Southern Christian Leadership Conference in 1961, directing their literacy program aimed at Southern black women and men. He was an aide to Martin Luther King Jr. through their campaigning in Birmingham and during the March on Washington in 1963.

After the assassination of King, Young was named executive vice president of SCLC before going on to serve as a member of Georgia’s congressional delegation, in Carter’s White House, He then served as mayor of Atlanta in 1982.

Young said he has had a longtime relationship with Biden that includes sponsoring one of the first fundraisers in Atlanta for the former vice president with Atlanta business executive Mack Wilbourn.